Of all the neighbourhoods in Paris, Montmartre is up there with the most iconic. ‘Up’ being the keyword, because these hilltop streets sit 430ft above the rest of the city. Their rustic cobbles, winding corners, and sudden viewpoints give Montmartre a quaintness beyond your average Parisian picturesque. So it’s no surprise that the area is a favourite with visitors of every kind and inclination. Every year, millions of sightseers flock towards highlights like the glorious Sacré-Cœur Basilica, the glitzy Moulin Rouge, or the just-plain-crowded Place du Tertre. But round every Montmartre corner lies an alternative and artier sight, invisible to the untrained eye. Theatre in Paris’ neighbourhood guide is here to lead you off the busier cobbles and towards some more unusual activities.

Walk in the footsteps of Amélie Poulain

Anyone who has seen the cult film Amélie will already have had a flavour of a true local’s Montmartre. With the majority of the narrative unfolding in and around the area, the film features multiple visitable locations: Amélie’s striking local metro station, Lamarck-Caulincourt, which is carved into the centre of a double-breasted staircase, the mouthwatering food market that she describes to a blind man, the art deco Café des 2 Moulins, where she works as a waitress. Why not follow in the footsteps of one quirky Parisienne and discover Montmartre through her eyes? There are multiple Amélie-themed walking tours available in the area, and almost all finish with a snack and a coffee at the Café des 2 Moulins. For a whole range of other guided cinema tours of Montmartre, you can also check out Explore Paris tours.

If Amélie taught us anything, it’s that Parisians are hopeless romantics. That might be why, in 2000, calligraphist Frédéric Baron and artist Claire Kito teamed up to create the Mur des je t’aime, a 40 square metre wall covered head to toe in expressions of love. The words ‘I love you’ appear over and over in 250 languages, from English and French, to Inuit and Esperanto. Taking a conventional symbol of division and separation – the wall – and transforming it into a tribute to true love, the artists saw their piece as a way to unite lovers from all across the world. 20 years on and the mural has certainly done that: pay Place des Abbesses a visit on any given day and you’ll find couples of all nationalities smooching for a photo in the City of Love.

How committed are you to finding genuinely wacky, offbeat Parisian entertainment? The die-hards among you need look no further than an all-new phenomenon coming to a Montmartre theatre near you. You’ve heard of escape games, you’ve probably even heard of immersive theatre, but have you ever participated in an immersive theatre escape game? We doubt it because this one’s the first of its kind! Based around the legends of the Knights of the Round Table, this show will lead you on a theatrical treasure trail to find France’s fabled Holy Grail. On the way you’ll be able to meet, chat to, interact with some more contemporary French legends, from Edith Piaf and Coco Chanel to Jean Cocteau and Picasso. All while exploring the intimate Parisian playhouse that is Montmartre’s Théâtre Lepic.

Get tickets for the Immersive Theatre Escape Game 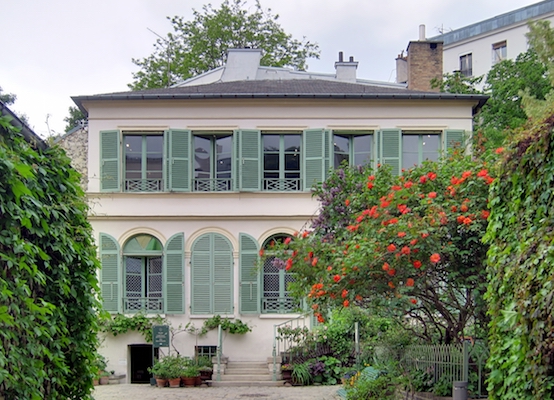 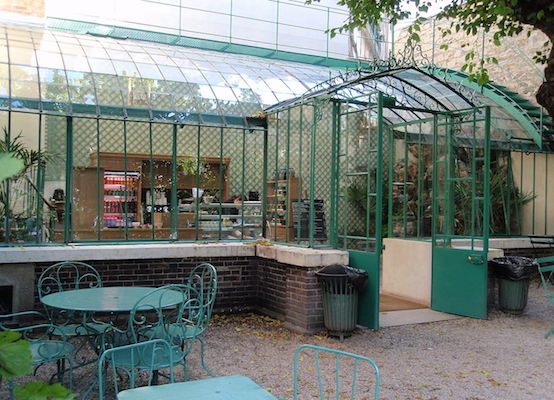 Stepping into the cobbled courtyard of the Musée de la Vie romantique is like taking a trip back to a leafier, more rural Paris; a time before pollution was a thing and the hordes of tourists descended on Montmartre. But despite appearances, this house was once as bustling as the streets surrounding it are today. Originally the home of Romantic painter Ary Scheffer, the house soon became a salon where he could receive the city’s chic cultural elites. Throughout the 1830s, Scheffer regularly welcomed celebrated figures like George Sand, Frédéric Chopin, Franz Liszt, and Eugène Delacroix. 150 years later, the house was transformed into a quaint little museum paying tribute to exactly these names. Alongside works of art and original manuscripts, you’ll find a wealth of relics preserved from the lives of these great Romantic writers, composers, and artists.

Montmartre has always been a hotspot for bohemian artists and writers. Two centuries of French icons chose to spend their lives in the neighbourhood, then were laid to rest in the leafy cemetery that is its main green space. Amongst ivy and stray cats, you’ll find the graves of Degas, Berlioz, Stendhal, Emile Zola, and François Truffaut (to name a few). You needn’t feel creepy about paying your respects, this secluded spot is the perfect place for taking a stroll or pausing in the shade before the climb up to Sacré-Cœur. Less sought after than its grander Parisian graveyard cousins, Père Lachaise and Montparnasse, Montmartre Cemetery has the benefit of attracting far fewer tourists. 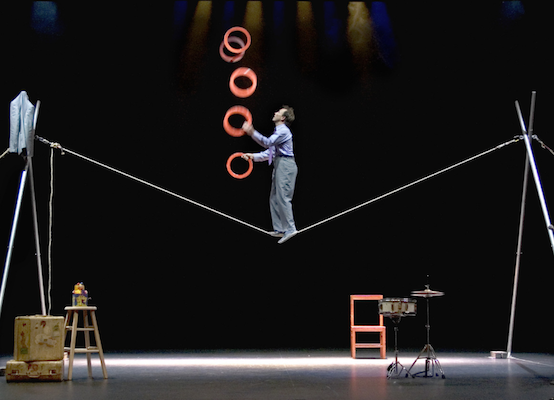 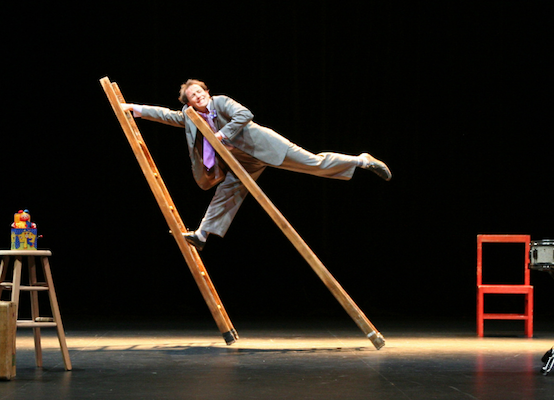 Or seek out some cheerier entertainment: Clown around at Théâtre de l’Atelier

Thought clown shows were strictly for kids? Think again! Jamie Adkins’ internationally renowned one-man-circus act is a theatrical gem, well worth a trip for any member of the family. Circus Incognitus is the story of one man and his struggles to surmount a crippling fear of public speaking. The tale may sound simple but its told through a virtuoso blend of mime, acrobatics, juggling, and clown work. And we can’t think of a better location for his charmingly nostalgic comedy than a neighbourhood that harks back to the good old-fashioned days of French mime and Parisian street performance.

Get tickets for Circus Incognitus 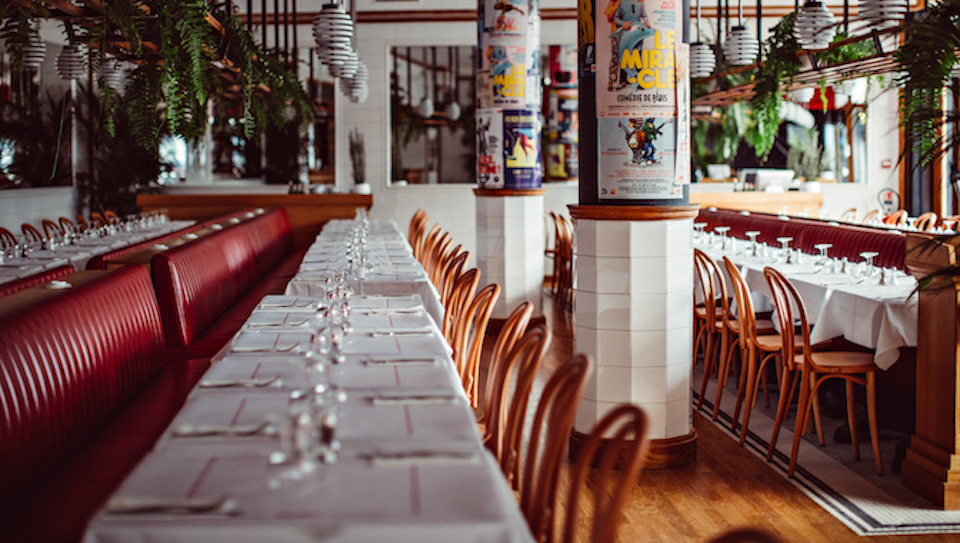 Tuck into some traditional French fare at Bouillon Pigalle

Family run business, Bouillon Chartier, has been operating some of Paris’ most popular bistros since its establishment in 1896. But the franchise gained an entirely new lease of life in 2017 with the birth of its newest offspring, Bouillon Pigalle. Situated on the Boulevard de Clichy, just a short walk from the Sacré-Cœur, this ultra contemporary diner combines classic French gastronomy with ultra speedy service and dirt cheap prices. It may be served in a hurry by waiters in natty traditional outfits, but when you’re enjoying boeuf bourguignon for a tenner and onion soup for just 3€, you hardly complain. It’s oh-so French fast food and the punters queue in their hundreds for it.

Sip an after meal cocktail at the luxurious Terrass” Hotel

If you’re looking for a Montmartre location to sip mojitos of a summer soirée, it doesn’t get much more spectacular than the Terrass” Hotel’s rooftop bar. Nestled seven stories up from the cobbled streets below, the bar boasts a breathtaking 180° view right out over the rest of Paris. The Eiffel Tower, The Tour Montparnasse, and skyscrapers of La Défense all bag a spot on the skyline, as do an army of Haussmannian rooftops in various shapes and sizes. So sit back with your Montmartre-themed cocktail and enjoy a panorama that stretches way outside the parameters of the neighbourhood.

Tucked a little way back behind the Montmartre hill is Cook’n with Class, a Parisian institution here to train you into a true Parisian chef. For ten years this family friendly cooking school has offered classes taught by professionals with several years of experience in the industry. They lead intimate groups of 6-8 in the extensive arts of French gastronomy, from sauces and jus, to foie gras and wine tasting. There are even kids’ classes to help you raise the next generation of Michelin-starred master chefs. And the best news is: just like shows booked through Theatre in Paris, all Cook’n with Class’s ateliers come with our guarantee of 100% accessibility for English speakers.

Have you ever looked at one of Salvador Dalí’s paintings and just wished you could hop right inside? That’s exactly what you’re invited to do at Dalí Paris, a museum dedicated to bringing to life the exceptional imagination of the surrealist painter and avid intellectual. The collection is notable not only for its size, with over 300 original works, but also for its particular focus on Dalí’s sculptures and engravings. Dripping bronze clocks and long-legged ‘space elephants’ bring objects imagined in the artist’s most famous masterpieces to vivid 3D. It’s the closest you’ll get to seeing the surreal become real.

Create your own optical illusion – The Sinking House

If you’re a follower of Paris blogs or an avid Parisian instagrammer, you may have caught wind of a certain legendary location: one mysterious building that seems to sink precariously into the ground. Our instructions are here to help you sniff out the spot that has spawned many an internet illusion. Let’s say you’re standing at the top of Montmartre hill having made the obligatory trek up to check out the Sacré-Cœur. You begin the long walk downwards and shortly afterwards spot a patch of inviting looking grass to your left. Lie yourself down and tilt your head upwards. What will you see? The only existing cross between a Haussmanian apartment block and the leaning tower of Pisa.

Seek out a dose of colour – Playground Duperré

Down at the other end of the hill lies another ultra instagrammable backdrop. Wedged tightly between two classy apartment blocks and the subject of multiple noise complaints, in 2015 it looked like the Playground Duperré would have to be closed. That’s when creative consultancy Ill-Studio, with the financial support of Nike, decided to step in. A drastic makeover was launched, transforming the Montmartre basketball court into a street art installation and technicoloured canvas. First it was doused in strictly primary colours, then in 2017 the court underwent a still more psychedelic, 90s-themed update. Nowadays the horizon-toned astroturf is a watering hole for the world’s social media influencers and retro art lovers. 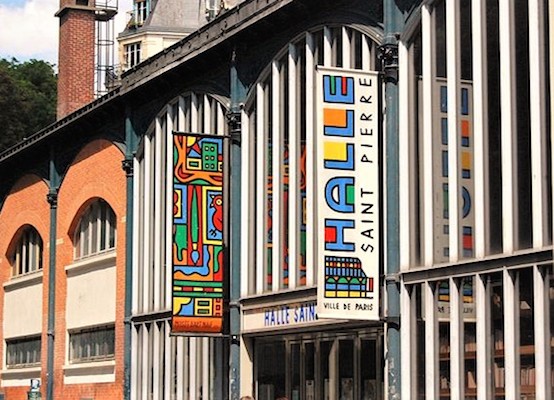 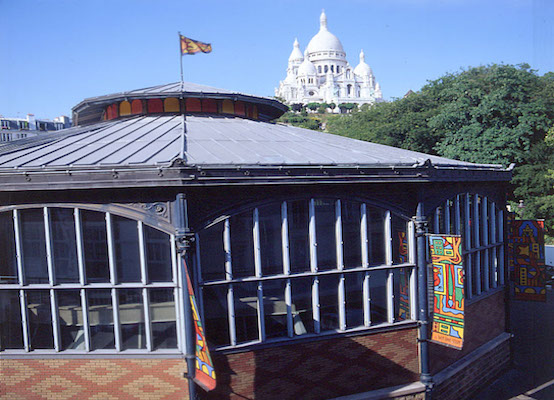 Swapping old masters for pop culture, Montmartre’s Halle Saint-Pierre is one of the French capital’s trendier art galleries. Originally specialising in ‘outsider art’ and ‘naïve art’ – that’s to say work by artists with no formal training – the Halle’s collection comprises over a hundred pieces from underground and alternative art scenes around the world. They’re housed in a impressive Baltard-inspired building, worth a visit for the high vaulted ceilings and expansive interior alone. And, if you’re feeling too lazy to admire all the art, you can always browse the bookshop or sit back with a coffee.

Now that you’ve truly immersed yourself in the bohemian fantasy that is Montmartre, why not check out our guides to some other Parisian neighbourhoods?