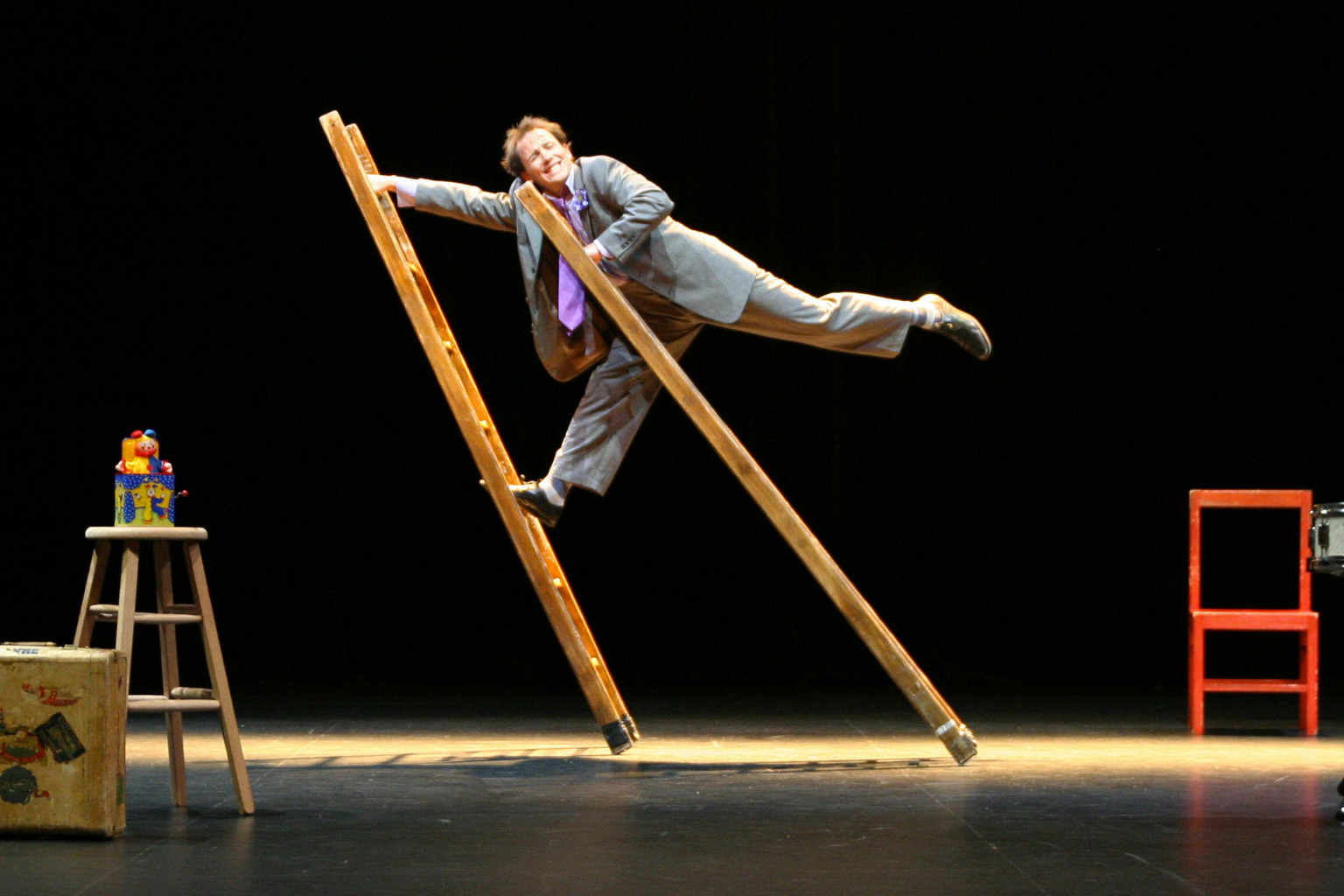 Choose your date From 23€/person 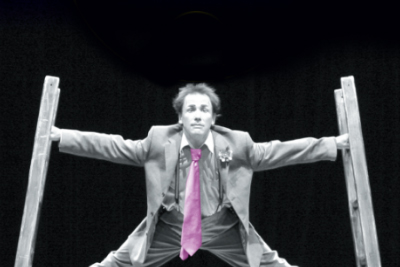 Perfect for all ages

Circus Incognitus is the story of a man with something to say, yet who is utterly terrified of public speaking. Every time the clowny artist opens his mouth, he begins to invent his own language as improbable small objects come out instead of words, one, two, three, four...

A hilariously unique performance entirely its own, audiences of all ages will be laughing at the charming clown played by Jamie Adkins.

From small daily triumphs to bewildering failures, each of us can find a bit of hope as a silly clown overcomes trials and tribulations. Jamie Adkins is truly a star, able to create raucous laughter with the most simple of gestures. After a chance encounter with a fascinating street performer at the age of 13, Jamie saw his calling and quickly learned the ropes, becoming a clown, acrobat, juggler extraordinaire.

Witness his heroic battle with everyday objects in a not-so vain attempt to communicate. With more than one thousand performances in 22 countries, everywhere Jamie Adkins goes, adults and children alike laugh out loud at the humour and marvel at this exceptional multi-talented artist.

The man can do everything, he makes both adults and children laugh, he's an acrobat, a clown, a juggler, and tightrope extraordinaire, a breath of fresh air!

Jamie Adkins' one-man marvel of a show blends clowning and vaudeville in ways that are subtle, clever and moving.

The Guardian
2 years ago

A gem of a show for the whole family.

At the time of its creation in 1822, the Théâtre de l'Atelier was located in an agricultural suburb of Paris, for the city had not yet expanded its gate to engulf all of the winding Montmartre neighbourhood. Upon the execution of Louis XVI and Marie Antoinette in the 18th century, the two French leaders were buried in a nearby cemetery. As payment for handing over his farmland for the usage of the royal burial, Louis XVIII granted the owner and his son authorisation not only to practice theatre in the modest venues just outside the city gates, but to have autonomous control over the cultural realm exploding in the area. With his newfound authority, the farmer-turned-thespian and his son, an aspiring actor, founded many theatres in the area, including the Théâtre des Mathurins and of course, the Théâtre de l'Atelier.

After surviving many management changes throughout the 1848 revolution and the Montmartre Commune, the theatre became a neighbourhood favourite,bringing popular shows to the masses, the dramas and vaudevilles and made popular in the luxurious venues along the Grands boulevards. What was then still called the The Montmartre got a makeover in the early 1900s, and it's grand reopening featured a performance by Sarah Bernardt. The venue did not, however, escape the cinematic takeover, and like many Parisian playhouses was quickly converted into a movie theatre in the early 20th century. Saved from its cinematic fate by new director Charles Dullin, the venue changes name in the 1920s to reflect the name of the directors theatre troupe, becoming the Théâtre de l'Atelier.  Complete with a small upstairs bistro for a pre or post-show drink and snack, the Théâtre de l'Atelier has become a favourite element of the bohemian culture in the Montmartre neighbourhood, frequented by locals and visitors alike.

The charming clown of Circus Incognitus  communicates through movement and gestures rather than with words. It’s different from what we usually offer (French plays with English subtitles) but is still true to Theatre in Paris’ promise: French entertainment accessible to non-French speakers. People from all over the world, no matter their language, can enjoy!

The theatre is accessible by the metro stations Anvers (Line 2) and Abbesses (Line 12). Our hotline can be reached in case of difficulty finding the theatre weekdays from 10 am to 7pm Paris time. For details, we invite you to consult the map above.

The show lasts one hour with no intermission.

Both! After touring across Europe, this delightful performer is eager to cater to both Parisians as well as international audiences, since the show can be understood and enjoyed by anyone.