Summer in Paris: What to Pack and What to See

Who said Paris is most beautiful in the rain? We disagree! There’s nothing like afternoon picnics by the Seine and long sultry evenings spent drinking on the terraces. They may complain in winter but the Parisians certainly know how to summer: visit any of the city’s hundreds of parks in June, July, and August and you’ll find the population flocking to enjoy their country’s gorgeously temperate climate. Only listen out closely for one fatal keyword… around mid-August you might hear the word canicule fall from the lips of a grumbly Parisian. It can only mean one thing: the heatwave is coming. Prepare for sweaty bodies in the metro and sun beating down on Hausmannian rooftops. But don’t freak, it’s a perfectly manageable scenario. Follow a few simple tricks from Theatre in Paris and your Parisian summer will be pure paradise, heatwave or no heatwave.

So what goes in the suitcase? 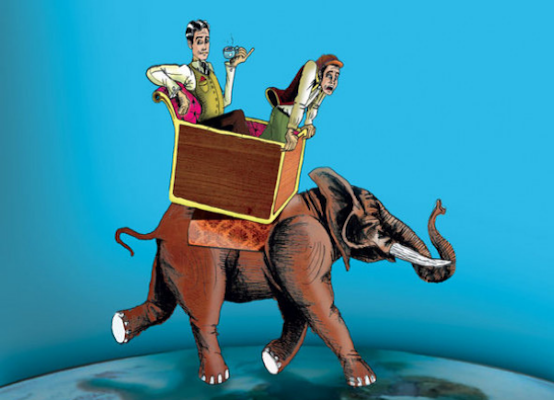 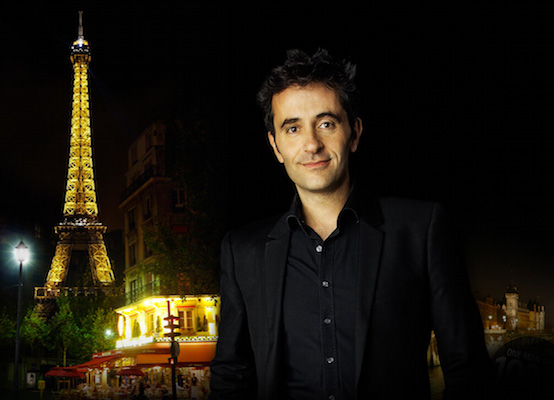 Now for what to do... Catch a summer-friendly show!

You’ll find that the metro isn’t the only place that missed the aircon memo: hunting for ventilated locations in Paris is the equivalent of seeking out quality croissants in Florida. Since darkened cinemas and theatres are generally a cool bet, why not see a show in one of Paris’ more heat-regulated playhouses? We recommend Around the World in Eighty Days at historic (but recently renovated) Théâtre des Mathurins. This hilarious new imagining of the classic novel by Jules Verne takes Phileas Phogg's race around the globe and gives it a whole new injection of ultra contemporary comedy. For an equally humorous option with less intrepid subject matter, you can try hit one-man comedy How to Become a Parisian in One Hour. Over the course of (you guessed it) one hour, Olivier Giraud will divulge all the tricks in the trade of being a true no-nonsense Parisian. Both shows come with Theatre in Paris’ guarantee of 100% accessibility to English speakers and 100% functioning air conditioning.

Get tickets for Around the World in 80 Days

Get tickets for How to Become a Parisian in One Hour

Take a trip to the beach (without leaving the city)

Did you know that every year for two months only, the banks of the Seine are miraculously transformed into a sandy pleasure beach? Paris gets a tropical makeover as benches are switched for deckchairs and pavements sprout palm trees overnight. This yearly event, an idea launched by the city council back in 2002, is known as Paris Plages and holds a cherished place on the calendar of all Parisians. As well as a whole lot of sand and children’s activities, there’s table football, beachy mini-golf, and a trio of giant swimming pools. So when you need a momentary break from city breaking, why not lounge and enjoy Seineside monuments like the Louvre, the Conciergerie, or the Musée d’Orsay, all from the comfort of a brightly coloured deckchair?

Seek out museums with outdoor space

No visit to Paris would be complete without a stop at one of the city’s many and varied museums – but nobody wants to be stuck inside for long when the weather outside is gorgeous. Our solution: pick a gallery that comes with green space! It doesn’t get more spectacular than the Fondation Louis Vuitton. Designed by contemporary architect Frank Gehry and located in the heart of the leafy Bois de Boulogne (one of two parks known as Paris’ ‘lungs’), an outing to the gallery provides the perfect blend of avant-garde and idyllic. If the far west of Paris seems too far a trek, we also have some inner-city options. The Musée Rodin, Musée Bourdelle and Musée de la Vie Romantique all have beautiful incorporated garden areas where visitors can cool off after contemplating some of the finest French masterpieces. And last but not least, a special mention goes to the Petit Palais for the true oasis of tranquility that is its luscious interior courtyard.

Which brings us perfectly onto our next summertime suggestion. For a sanctuary unlike any you’ll find elsewhere in the city, we love the Grande Mosquée de Paris. Situated in Paris’ Latin Quarter but recalling the Moorish architecture of Southern Spain and Morocco, the Mosquée’s whitewashed walls and deliciously cool tiled floors are the perfect refuge from hot tarmac streets. Behind the ornate front entrance you’ll find an exquisite marble interior and a garden complete with fountains and foliage. And once you’ve absorbed all you can of this eclectic cultural history, it’s time to relax in the shade with mint tea and a Middle Eastern pastry. The mosquée’s courtyard café is one of the coolest you’ll find anywhere in the city.

Roll out your picnic mat on the banks of the Seine

Summertime in the land of baguettes can mean one thing and one thing only: picnics by the Seine! Make the most of the good weather to bypass grumpy waiters and sky-high restaurant prices by dining outside instead. Grab a baguette from the boulangerie and some cheese from a local market; you’ll end up throwing in a bottle of wine too when you’ve seen the prices at the supermarket. Then choose a spot to set up camp. Anywhere will do but special shout-outs go to Quai de la Tournelle for its view of Notre Dame and the Square du Vert Galant for making you feel like you’re floating on the Seine. Or if you really want to do as the Parisians do, switch the Seine for the Canal Saint-Martin or the Bassin de la Villette. Pass by République or Stalingrad of a summer evening and you’ll find a hurd of hipster Parisians enjoying an apéro on the waterside.

Or get gourmet food to go

If picnic food feels too makeshift, there are plenty of other ways to eat outdoors in the sunshine. Paris’ hundreds of open air markets have been running for centuries and help to give the French capital its quaint, traditional feel. Explore your local area on a Saturday morning and you’re bound to stumble across some food stands selling mouthwatering French fare. For more international flavours, you can try the world famous falafel vendors of the Marais neighbourhood, or any of the countless food stands in global cuisine hotspot Rue Mouffetard. Across the summer season exclusively, you’ll also find gourmet food trucks positioned outside Saint Lazare station and on the decking that surrounds Paris’ impressive national library, the Bibliothèque François Mitterrand. Street food is a fast swelling business in Paris and options will always be the height of haute cuisine.

Get involved with the age old game of pétanque (no seriously…)

You might think that a game which involves tirelessly rolling a set of steel or wooden balls might tend to attract audiences at the older end of the spectrum. You’d be wrong… in Paris the traditional French game of pétanque is a hit with players of every age and walk of life. So don’t be put off! When the weather is fine and the parks are open late, why not blend in with the Parisians and build up your own ball rolling stamina? Grab yourself a set of boules from any French sports or home store then head out to one of the city's many pétanque hotspots: the Jardin de Luxembourg, Jardin du Palais-Royal, or Chez Bouboule, a bistro and bar with its own dedicated pétanquing alley. For a still more customised alternative, check out an oh so Parisian start-up, Paris ma belle: reserve with these guys and they’ll deliver a complete set of balls, referee, and temporary court directly to your door stop. 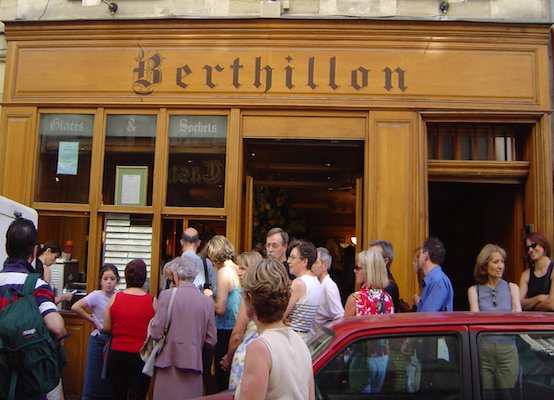 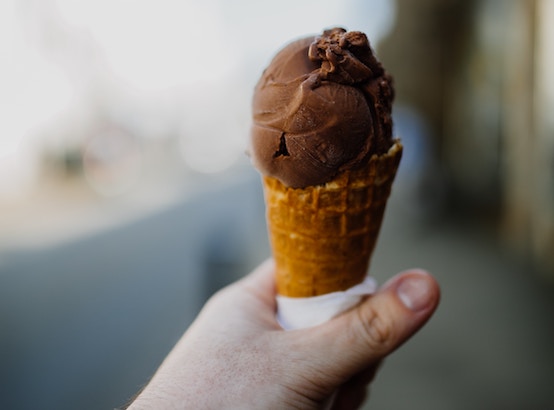 Sample the best ice cream in the city

It may not be a staple of French cuisine but the Parisians master ice cream like they do most things. One parlour, in particular, has gained a worldwide reputation for its unforgettable frozen flavours. A family business passed down through five generations, Berthillon now counts over 70 parfums on its seasonally rotating menu of sorbets and ice creams. Exotic combinations like pineapple and basil join more timeless classics like a salted caramel concoction that does much more than melt in the mouth. Berthillon’s plain wood panelled exterior may not look like much but the queues backing up outside its headquarters on the Île de Saint Louis say it all. This scenic spot is the perfect place to devour your chosen scoop(s): wander over to either of the riverbanks that straddle the island and enjoy your blissful ice cream there.

Are you a film buff seeking some evening entertainment? Look no further than the annual outdoor film festival at the Parc de La Villette. Every year throughout July and August, a diverse programme of films is selected for screening on the lawn of Paris’ third largest parkland. The range goes from family favourites like Wall-E and anime classic Ponyo, to arthouse movie Her or Wes Anderson’s Isle of Dogs. For lovers of sci-fi especially, summer 2019 is set to be a big year. Most importantly, there’s no need to fret: the La Villette line-up features enough English language films that its more than accessible to non-natives. Don’t mind the French-translated film titles (a quick google search should throw up the English version) but do choose your night carefully because original French films will not come with subtitles. Check out the programme here and don’t forget your picnic blanket!

Time for one final suggestion, for those days when it all just gets too much: escape Paris for a day and seek out more peaceful climes. The extensive Parisian transport network and high-speed French trains make taking a day trip easy, whether it’s to the city’s suburbs or even further field. Versailles is an obvious outing but more off the radar, almost equidistant options include the magnificent Chateaux of Fontainebleau or Chantilly. Instead of a day at the tourist hotbed of Disneyland, why not trial a purer French theme park? Inspired by the cult French comic Astérix and Obelisk, Parc Astérix is known for its density and diversity of rollercoaster rides (more than in any other theme park in France). At only 35km north of Paris, the park is an easy car ride away or else accessible via shuttle buses departing from the Palais Royal and Aéroport Charles de Gaulle station on the RER B. Finally, if none of these feel adventurous enough, we dare you to swap Paris for another French city entirely: nearby neighbours include the gorgeous historic city of Rouen, or Reims, capital of the champagne region.

So there you have it: Theatre in Paris’ top tips for surviving summertime in the City of Lights. Visiting Paris at another moment of the year? The All Things Paris blog has got your back for all four seasons!