Tucked behind a side street across the river from Notre Dame, Théâtre de la Huchette is a Parisian institution. Opened in the wake of the German occupation of France, this intimate 85-seater has not stopped selling out since. That’s in spite of the fact that the site is rumoured to have formerly housed a witch using the cellar to preach a necromantic religion. Théâtre de la Huchette’s own magic formula? Its die-hard fidelity to one genius of contemporary theatre.

With the liberation of France in 1945 came an end to four years of censorship, curfews, and creative stagnation under the Nazis. If the war years had imposed a relative ice age on Paris’ previously flourishing theatrical scene, the city’s post-war period hailed an explosion of creativity and innovation. New theatres such as the Vieux Colombier, the Noctambules, and Théâtre Babylone began popping up all over Paris, particularly in the famously bohemian Latin Quarter.

Onto this fertile stage stepped Georges Vitaly and Marcel Pinard, a pair of thespians with their theatrical sights set on Paris... Passing through the Latin Quarter of an evening in 1947, Vitaly, the award-winning Russian playwright in exile, happens upon Pinard, an aspiring actor and his old acquaintance from drama school. Forced to seek out odd jobs (anything from backstage work to dry cleaning) to sustain his acting ambitions, Pinard’s dreams of treading the boards in the City of Lights have not faded. Spying an intersect of interests, he makes his friend a proposition: Pinard will rent Vitaly the ground floor of a building owned by his lover, if Vitaly agrees to mastermind its conversion into a playhouse. The playwright assents and Théâtre de la Huchette is born. 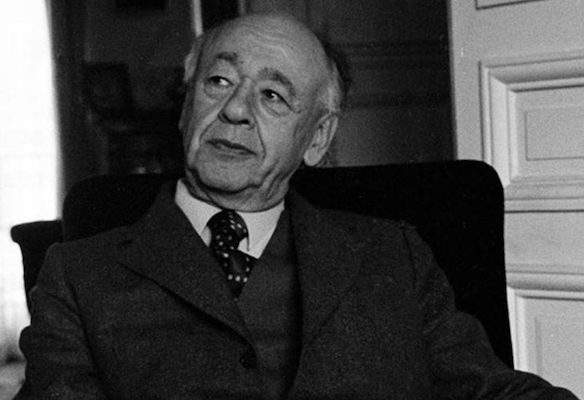 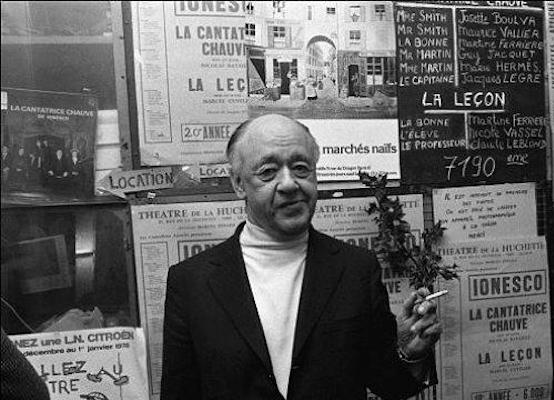 The partnership proved a profitable as well as mutually beneficial one, with the early 1950s seeing some of France’s leading actors and playwrights grace the doors of the Théâtre de la Huchette. The dinky 85-seater was too petite to contain its ambitious director, however, and Vitaly soon departed for the larger Théâtre Bruyère. Under the sole direction of Pinard, the theatre’s programme underwent a contemporary shake-up, ushering in work by the likes of Jean Genet, Federico García Lorca, and Ivan Turgenev.

But it was avant-garde playwright Eugène Ionesco who took centre stage. In 1957 Pinard launched a double bill of Ionesco’s first two plays, The Bald Soprano (La Cantatrice Chauve) and The Lesson (Le Leçon). The run was a roaring success – so much so that it never ended. Year after year since opening night, the absurdist double bill has continued to play at Théâtre de la Huchette, which now holds the Guinness World Record for the longest-running show performed in a single venue.

Get tickets for Ionesco's double bill

The double bill may be immortal but its director was not: in 1975 Pinard died from a heart attack inside his theatre’s toy-sized ticket booth. A five-year fight ensued to save Théâtre de la Huchette from closure. Only by forming their own Limited Liability Company was Pinard’s troupe able to triumph over plans to convert the theatre into a tourist restaurant. Since then Théâtre de la Huchette’s status has been assured. Preserving its heritage as hub for creative innovation, today a third slot dedicated to contemporary pieces accompanies the theatre’s nightly double serving of absurdism.

Eternally grateful to the theatre for immortalising two of his finest works, Eugène Ionesco would write: “a big success in a little theatre is worth so much more than a little success in a big theatre, and still more than a little success in a little theatre”. In spite of its size, Théâtre de la Huchette continues to hold its own against larger competitors. Over a one and a half million spectators have now filled the 85 seats of audience for this 62 year-old show. That makes the theatre a roaring success for the trio of Frenchman that made it what it is: three cheers for Vitaly, Pinard, and Ionesco!

Discover the stories of some of Paris’ other great theatres: