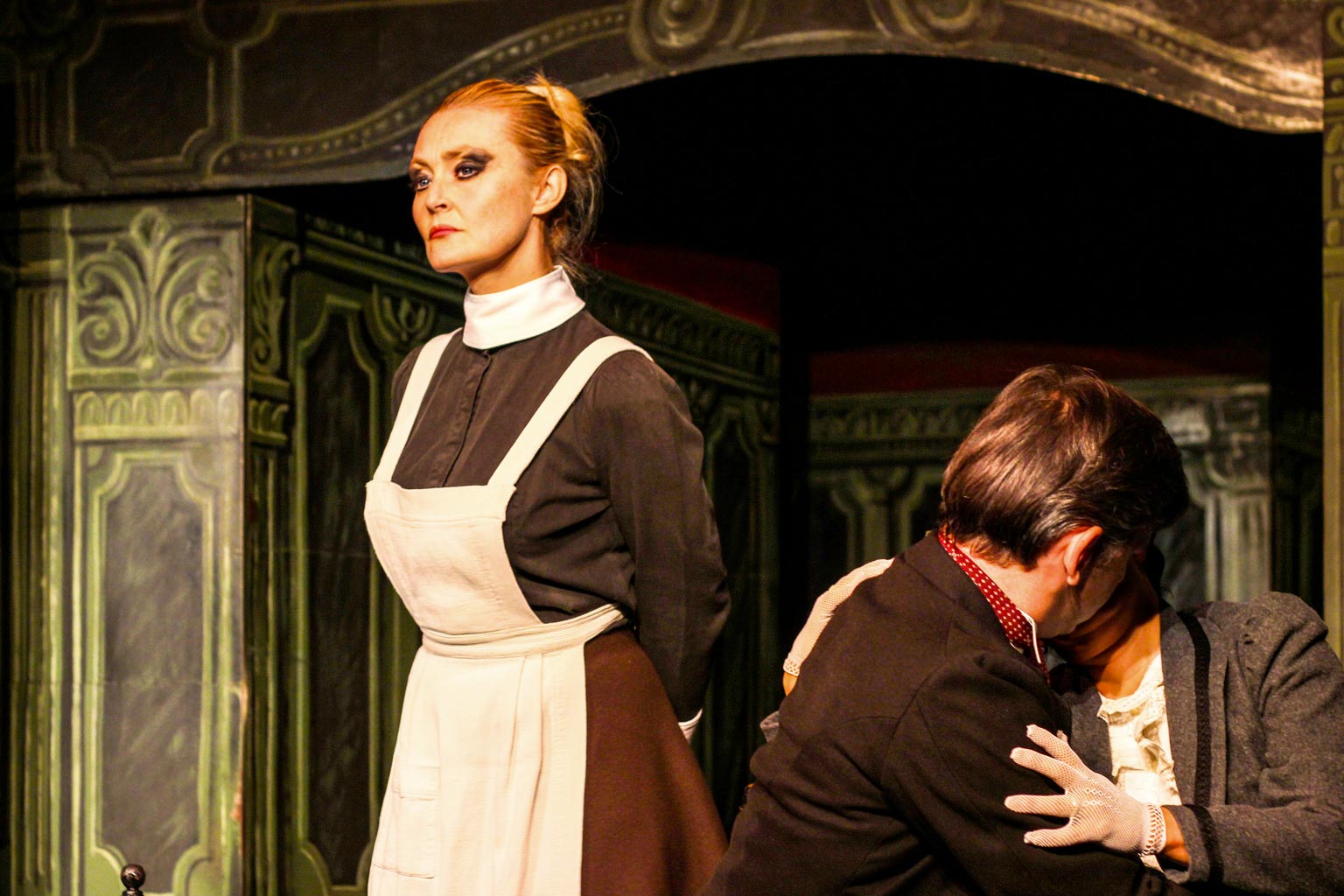 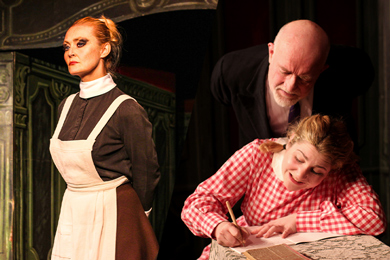 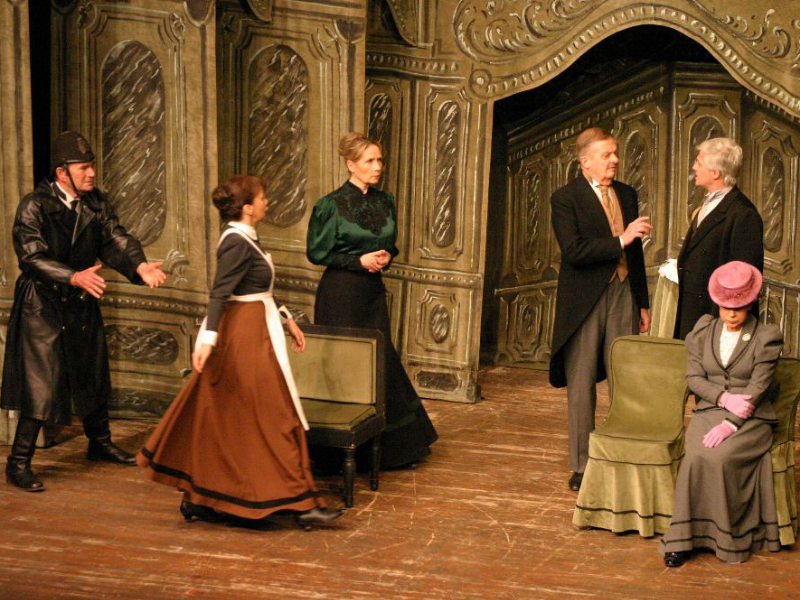 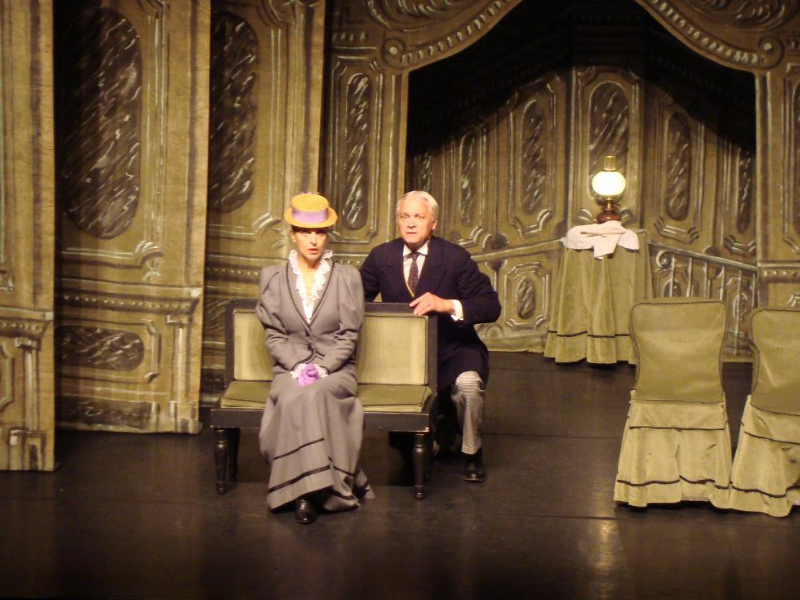 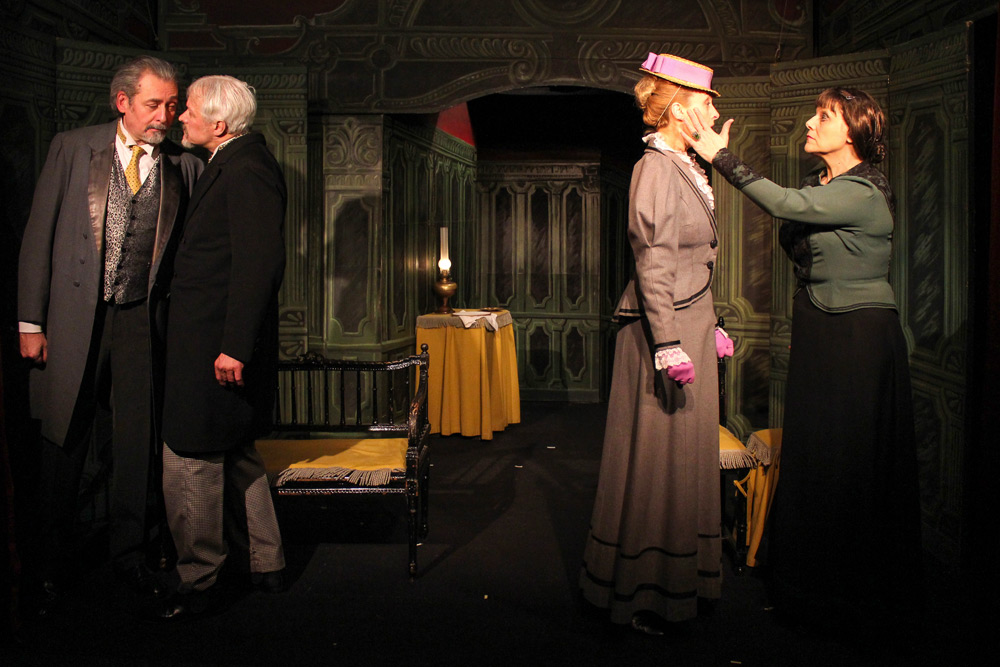 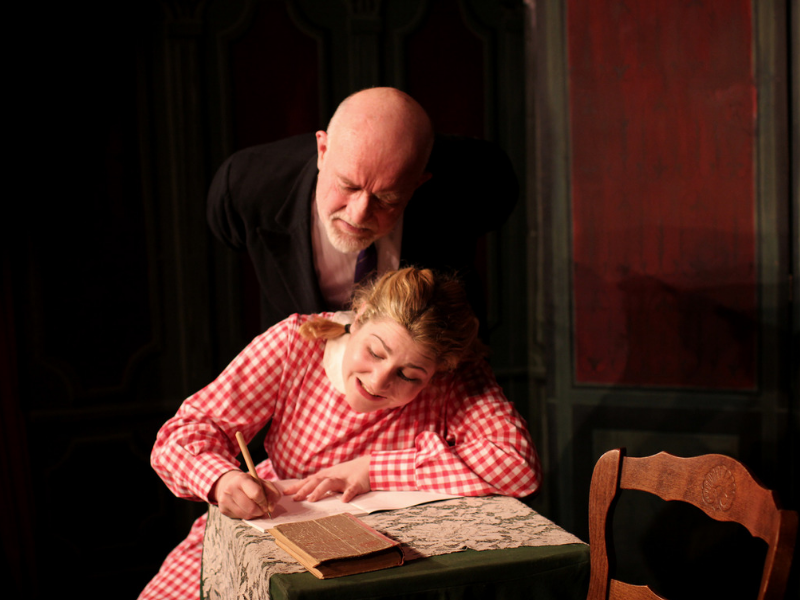 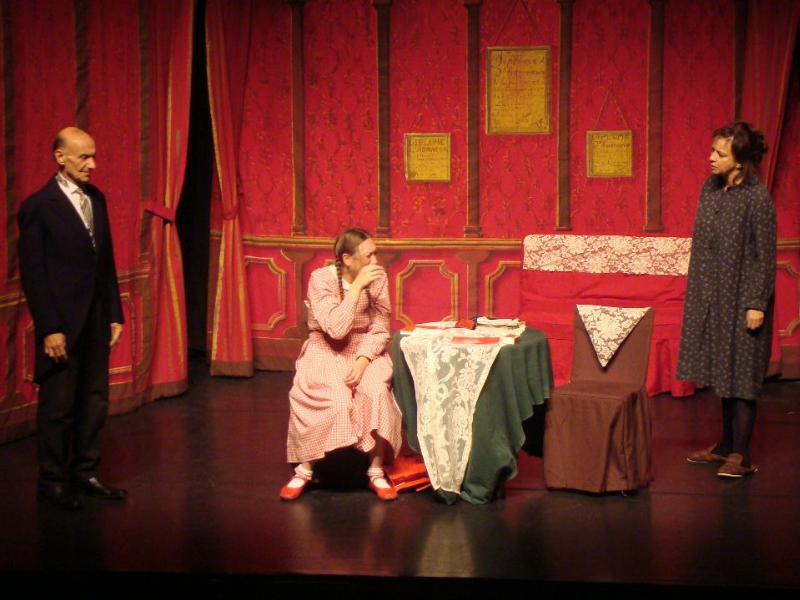 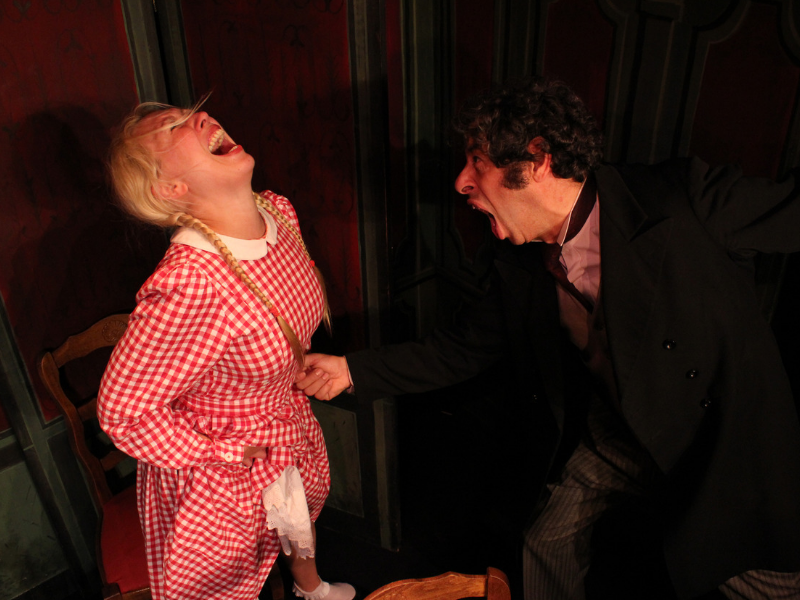 After premiering seperately in the mid 1950s, these two shows at first received little critic recognition. Yet when these two works by Eugène Ionesco were joined for one absurd evening at the Théâtre Huchette, history was made. The pair has been continually performed in the very same venue close to 20K times, before millions of audience embers from all corners of the globe.

The Théâtre Huchette allows theatre goers to be truly immersed into the world of legendary playwright Ionesco, featuring two of his plays back to back in French with English subtitles each and every Wednesday evening. Don't miss this chance for a truly unique Parisian experience in a quaint charming theatre that has defied all odds to remain open in the heart of Paris' historic Latin Quarter.

Please note that The Bald Soprano and The Lesson are performed with English surtitles one evening per week:
- on Friday evenings until February 4th 2022
- on Wednesday evenings from February 9th 2022
Make sure to select a rate that mentions “English subtitles included”.

The Bald Soprano, an autopsy of 1950s society through the ridiculous interactions of two couples. Join Mr. and Mrs. Smith for a quiet evening at home, yet an evening anything but ordinary.

The Lesson, a seemingly innocent exchange in which a shy older teacher meets an outspoken student. Yet the roles are about to change in this surprising face-off!

The incredible texts were definitely highlighted by the greatly talented actors. Because we were so close to the stage and the actors due to the intimate small size of the venue, we were able to savour the plays even more, a wonderful

It's been playing for ears yet not a single wrinkle, a real pleasure 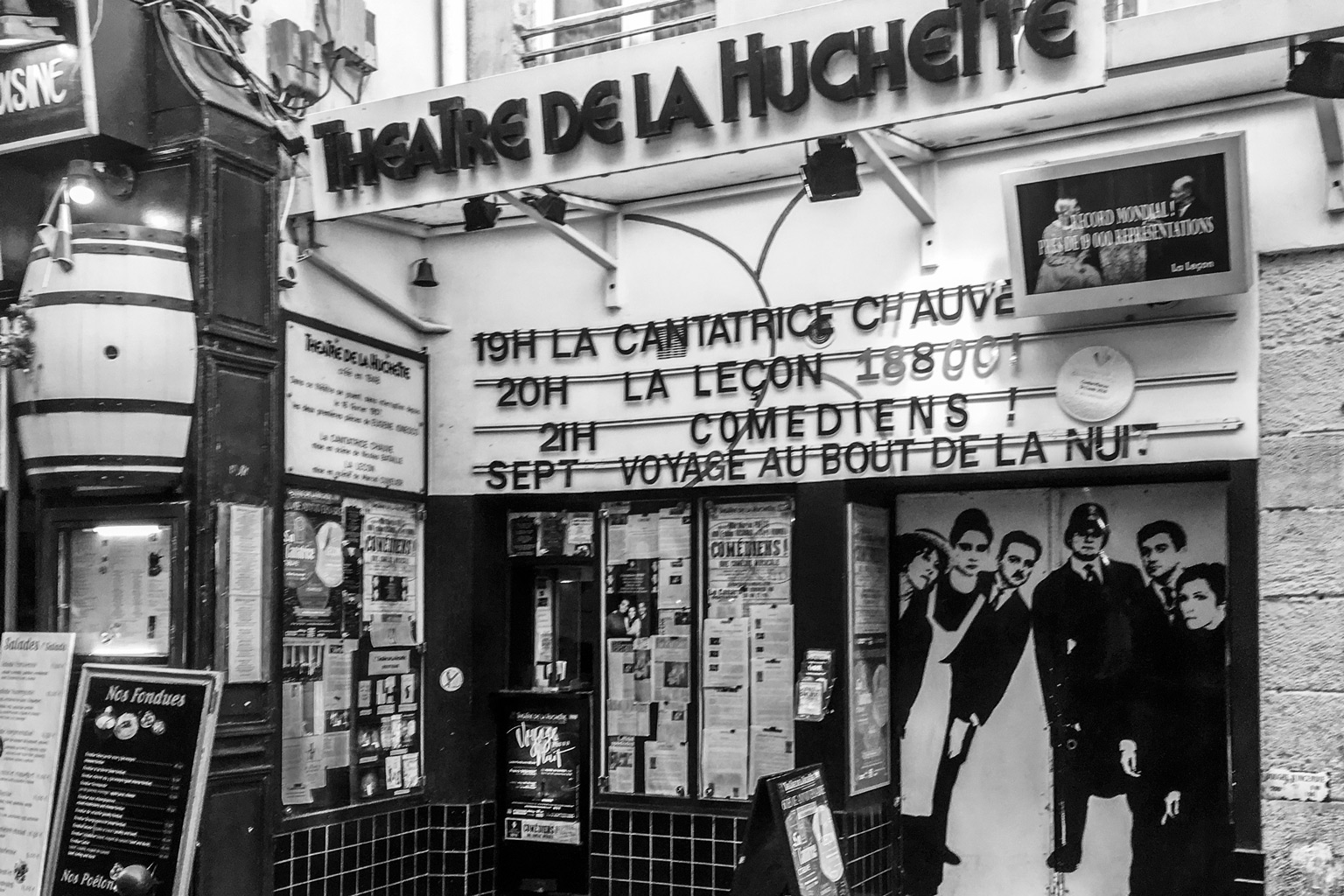 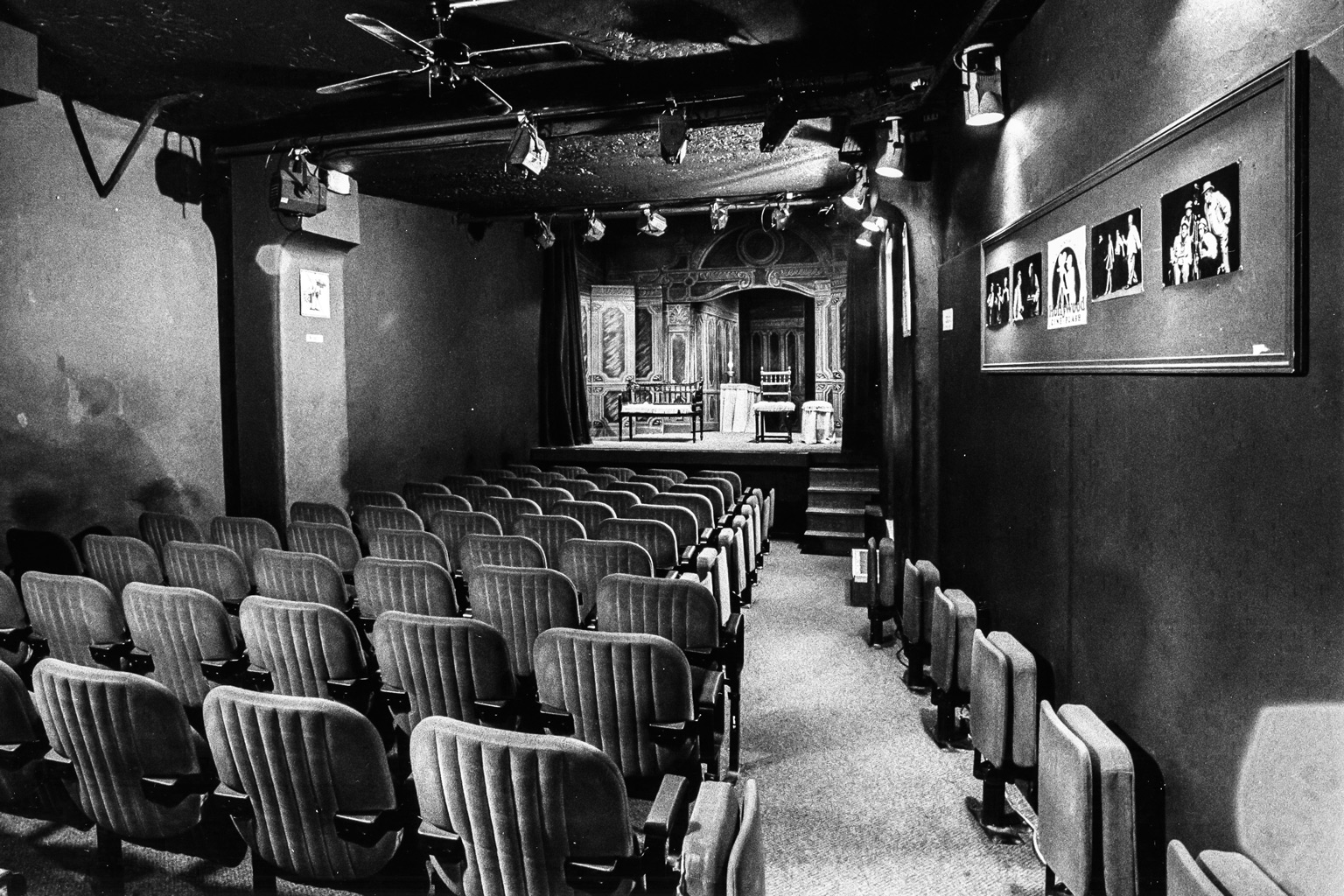 The theater is accessible by metro lines 4 and 10 and the most convenient stations are Saint-Michel (4) or Cluny-la-Sorbonne (10). You can also come by RER C or B, to the Saint Michel Notre Dame stop, or by bus, taking lines 21, 27, 38, 85 or 96 to the Saint Michel stop. Our hotline can be reached in case of difficulty finding the theatre from 10 am to 7pm Paris time. For details, we invite you to consult the map above.

Tickets for The Ionesco Package do not include a show programme.

How long do the shows last?

With each show being one hour long, seeing both shows in the Ionesco Package lasts two hours with a brief intermission.

Is this show for travellers or French people?

Thanks to English subtitles, both! This Ionesco duo has been performed in French for over 60 years in Paris and on tour across Europe, enjoying endless success. The world-record show has become an international institution, a must-see while in Paris for both French and international visitors. With the English subtitles, forget about the language barrier and enjoy an amazing French night out.

What is the program of the evening with two shows?

This special Ionesco show package begins with The Bald Soprano beginning at 7pm, followed directly by The Lesson starting at 8.30pm. We invite Theatre in Paris guests to arrive 15 minutes before the first showtime in order to get your seats.

Can I see the shows seperately?

Theatre in Paris guests are of course welcome to purchase seperate tickets for a single show, but why not take advantage and see two incredible Ionesco plays in one evening?!

For individual show details and booking, The Bald Soprano and The Lesson