All of Parisian theatre in December: the best shows to end the year

On Wednesday, October 28th, French President Emmanuel Macron announced a new lockdown which will last until the end of November 2020. This time, however, it will be very different from what we have experienced in March. Throughout the month of November, theatres will remain open for rehearsals. This means that theatres, producers and artists are currently preparing for the shows to be ready and to welcome you right after the end of the lockdown on December 2nd. Together, we have a great opportunity to demonstrate our support for the performing arts by reserving our tickets for the most beautiful Parisian shows. So, without further ado, we present our selection of plays, operas, cabarets and comedies to see in December!

Explore the wonderful shows at the Palace of Versailles


The Palace of Versailles reopens its gates starting from December 2nd, 2020! In addition to visiting the incredible Château and its magnificent gardens, you will have a chance to assist to sublime classical music concerts and ballets on the stage of the Royal Opera and the Royal Chapel. It is in these two places where marriage between Marie-Antoinette and the king Louis XVI took place. Enjoy a great moment of music and dance in a historical place!
On December 9th, the first concert from Series Of Operas In Concert Version will take place. The Ensemble i Gemelli, under the direction of Emiliano Gonzalez Toro, will perform Orfeo by Monteverdi alongside with twelve talented singers. Emiliano Gonzalez Toro and Hungarian soprano Emöke Barath will sing Orfeo and Euridice by Monteverdi.
The Fan Dance Company will stage its superb baroque ballet The Four Seasons accompanied by the famous work of Vivaldi. You will experience unforgettable colours, rhythm and beauty of Marie-Geneviève Massé's choreography.

Book your Tickets for The Palace of Versailles 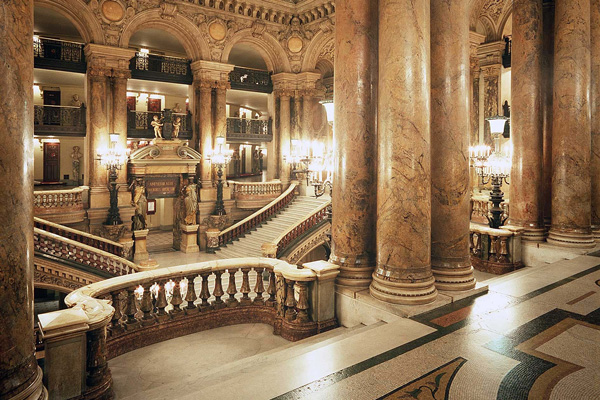 See all the beauty of Parisian Opera


During the lockdown in March, the Opera was forced to cancel 160 of its performances at the Garnier and Bastille Operas. Despite all the struggles the Palais Garnier had reopened in September and hosted sublime shows such as Chamber Music Concerts and a tribute to Rudolf Nureyev.
It is therefore with even more enthusiasm that we will be back at the magnificent performances of the Paris Opera from December 2nd.
You can fall under the spell of La Traviata, Verdi's most famous work, which sets the impossible love between a courtesan and a young bourgeois. Simon Stone offers a contemporary and intimate staging that will make you change your perception of this beautiful opera.
“Love is a rebellious bird” and the true meaning of those words can be found in Bizet's opera Carmen. It tells a story about a strong and sensual woman who is subjected to the violence of the men around her. Bizet’s masterpiece will be on stage at the Opéra Bastille for 6 performances from December 16th to 31st. The student dancers and singers of the Paris Opera give us exceptional performances in December. The Academy Concerts will allow you to discover the rising stars of the Opera and the Demonstrations of the Dance School will give you an exclusive look at the intense training that the youngest dancers of the Opera undergo through variations and exercises. Finally, the masterpiece by Russian choreographer Rudolf Nureyev, La Bayadère will be on stage at the Opéra Bastille starting from December 4th.

Book your Tickets for The Parisian Opera 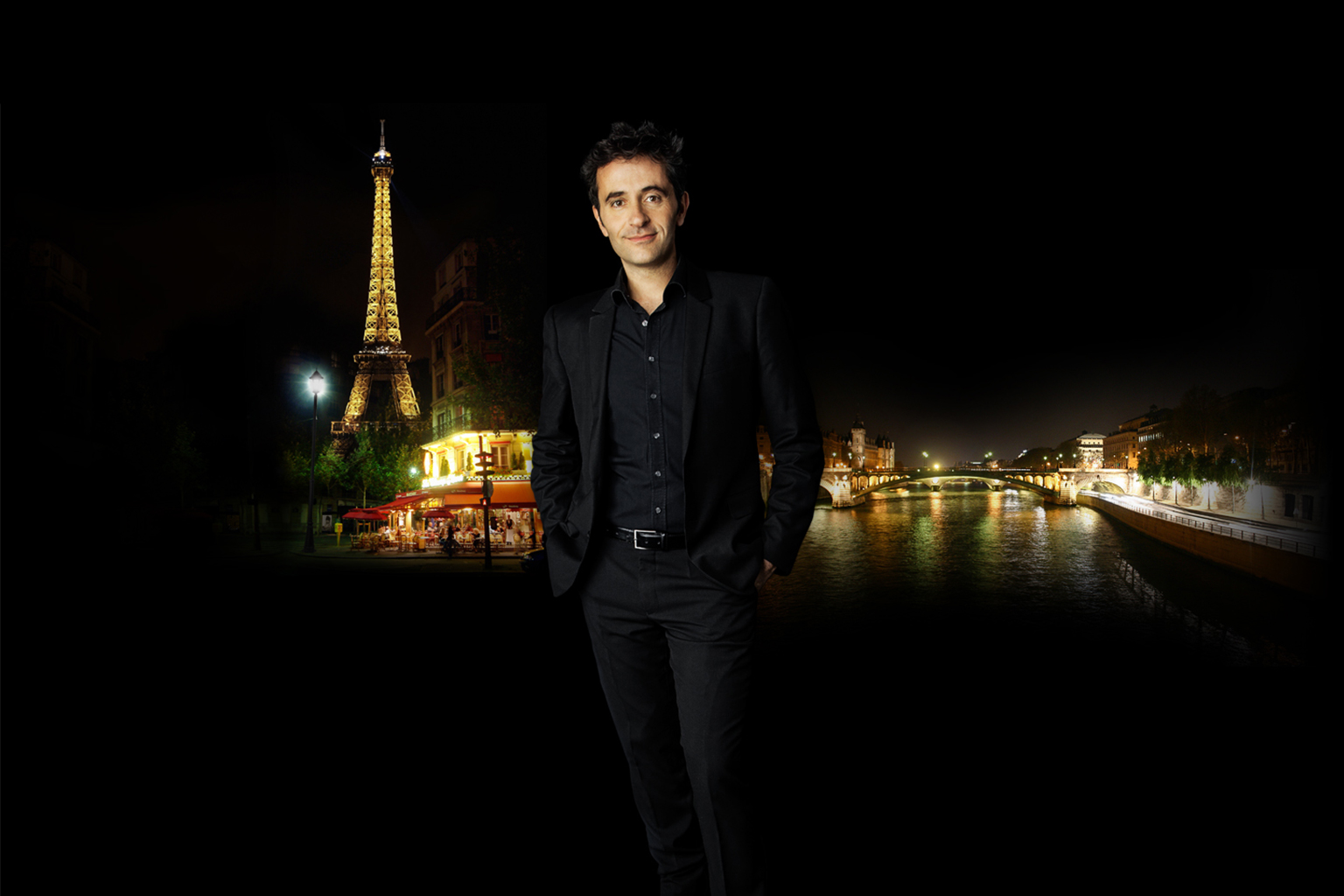 Discover all the best of Parisian comedy

The hilarious second episode of Oh My God She's Parisian will be back on stage of the Théâtre Bo Saint Martin starting from the beginning of this December. In this 100% English show, Julie Collas will make fun of the latest Parisian trends related to the global pandemic. This one-of-a-kind experience is a mix of stand-up, singing, improvisation and mime. Julie started her own show called Oh My God She's Parisian almost three years ago and since then more than 18 000 people from all over the world saw it. Still, every show is unique and elaborates on up-to-date themes.


How To Become A Parisian In One Hour

One of the most famous English-speaking comedians will be back right at the beginning of December! His stand-up comedy will teach you all the funny insights about the Parisian way of life. Olivier Giraud can be considered as one of the pioneers of the Anglo-Saxon’s theatrical movement in Paris. Giraud, a former waiter, chef and hotel manager from West Palm Beach, decided to follow his dream to become a comedian and created his own show called How to Become a Parisian in One Hour. Today it is one of the funniest Parisian shows. Enjoy a hilarious evening by booking your tickets.

Book your Tickets for Parisian comedy


The Ranelagh Theatre has always been pleasing us with astonishing stagings of classical French plays. The legendary venue is welcoming spectators to present the greatest classical plays such as Cyrano de Bergerac on Saturday, December 12th or Molière's Dom Juan and The Miser , performed in French with English subtitles. You may find all the dates of the Ranelagh Theatre's captivating shows by clicking the button below.

Book Your Ticket for The Théâtre Ranelagh Plays 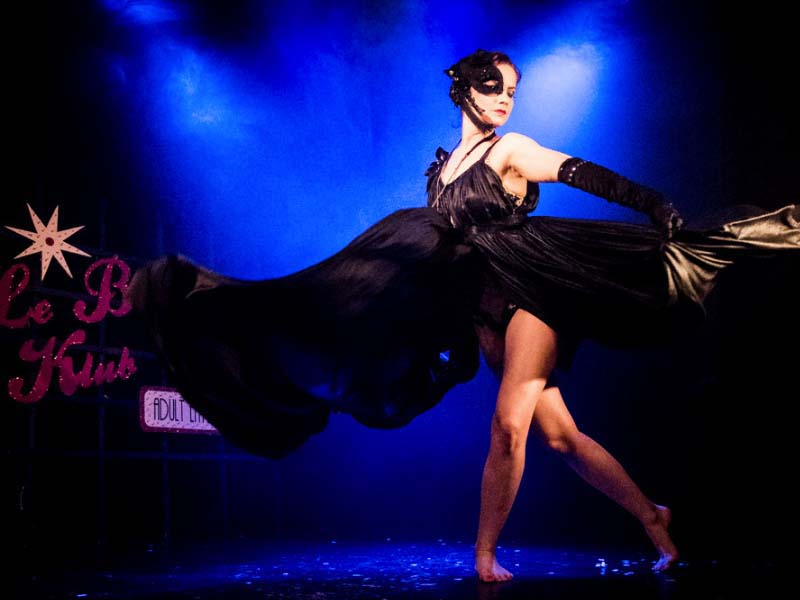 
Parisian cabaret houses are ready to resume their shows at the beginning of December. Crazy Horse and Paradis Latin will relaunch their shows starting on Wednesday, December 2nd. Both of those houses are known for manifesting aesthetically rich sensuality and their impeccable approach to performance. and The Cabaret Burlesque will reopen its doors on Friday, December 4th. It is performed on the stage of La Nouvelle Seine floating theatre, which is known for its intimate and cozy atmosphere. Lido de Paris Cabaret Show will be available again on Monday, December 14th. Make your New Year celebration outstanding by exploring the exciting world of glamour and extravaganza!

Book your Tickets for Parisian Cabaret