The Smallest Theatres in Paris

Did you know that there are more than 130 theatres in Paris? You probably already know the Comédie-Française or the Théâtre du Châtelet. But have you heard of the Petite Loge, the Théâtre Le Bout, or the À La Folie Théâtre? Around every street corner in Paris is a small theatre staging the next smash hit plays. Discover the smallest Parisian theatres, jam-packed with enough charm to fill the capital. 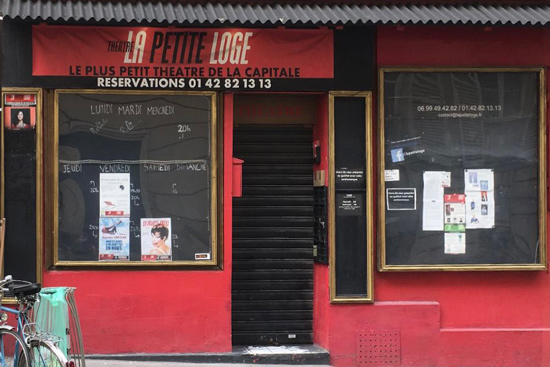 The Petite Loge - The smallest theatre in Paris

The smallest theatre in Paris can be found in the 9th arrondissement, right next to the charming Place Saint-Georges. Called the Petite Loge, this playhouse seats 25 people in 16 metres square, with a stage of just 2 metres square! Intimacy at its peak, you could say! Since 2008, this theatre has helped young stand-up comics get started and hone their shows – without having to spend a fortune on a venue. The theatre and the artist share ticket profits. This stage has seen the biggest names in French comedy, one after another: Gaspard Proust, Paul Mirabel, Marina Rollman, Verino... The Petite Loge promises high-quality programming and evenings like no other, at prices that can't be beat. Discover the next biggest artists at this tiny theatre! 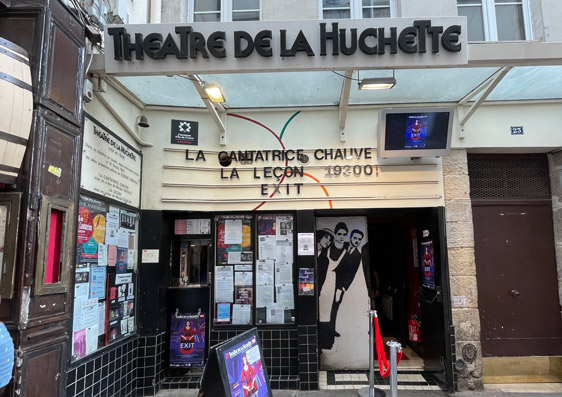 The front of the Théâtre de la Huchette 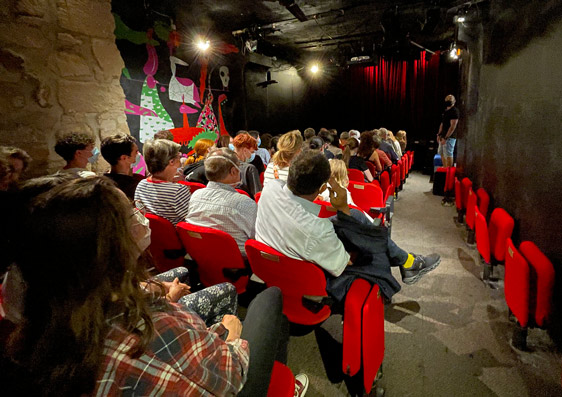 Full house for the Bald Soprano!

Few Parisian playhouses have the honour of being as world-renowned as the Théâtre Huchette. Built in 1948 at the end of the second World War, the Théâtre Huchette was put on the map thanks to the playwright Eugène Ionesco. His absurdist plays The Bald Soprano and The Lesson were first performed in succession in 1957. They were an instant hit! The two plays have been inseparable ever since, and the double bill has never left this little theatre. 63 years and 19,000 performances later, they're still hot ticket events! They even hold the world record for the longest-running plays in the same venue. Every evening, people from around the world come to add another night to the record and discover Ionesco's irresistibly absurd universe. Plus, every Friday the plays are surtitled. With just 85 seats, this small theatre in the Latin Quarter has been dubbed ‘the smallest grand Parisian theatre’. As Ionesco said of the venue, "Great success in a little theatre is much better than little success in a great theatre, and even better still than little success in a little theatre". If you'd like to learn more about the history of the Théâtre Huchette, click here. A must-visit venue for all theatre lovers.

Housed in an old abandoned factory, the Lucernaire stands at the meeting point of the Montparnasse neighbourhood and the Luxembourg Gardens. This art house cultural centre brings together 3 performance spaces, 3 cinemas, a bookshop, a gallery, a bar, and a restaurant. Akin to a small town, the Lucernaire has a Wallace fountain, park benches, and, of course, numerous artistic events. The three performance spaces, the Théâtre Rouge (116 seats), the Théâtre Noir (112 seats), and the Salle Paradis (46 seats), offer varied programmes: discover classical and contemporary plays, musicals, and shows for kids, and see well-known performers and new talents alike! A true cultural oasis, the Lucernaire is the ideal place for lovers of unusual outings and artistic discoveries. 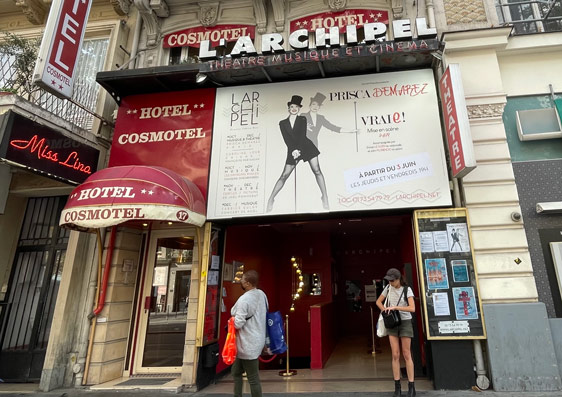 The 10th and 11th arrondissements - Small venues with big ideas

Chock-full of bars, shops, and theatres, the 10th and 11th arrondissements are without a doubt the trendiest neighbourhoods in Paris! They have over 50 theatres between the two of them! Along with greats like the Théâtre du Gymnase, La Scala, and the Théâtre Libre, the 10th is home to the charming Archipel, Théâtre Laurette, and Mouchoir de Poche. Here you'll find rotating music performances, puppet shows, and dramatic comedies. And big hits of contemporary private theatre, like Le Cercle des Illusionnistes (The Illusionists' Circle), rub elbows with emerging theatre companies. If you like wacky theatre, head to À La Folie Théâtre in the 11th arrondissement. Originally, this theatre was... a printing shop! With two small performance spaces of 49 and 94 seats, this playhouse doubles its theatrical antics, putting on shows for both kids and adults. Its next-door neighbours include the Comédie du 11ème with its comedy shows, the Théâtre Aktéon, home to kids plays, the inconspicuous 35-seat Théâtre Pandora, the Théâtre du Temps and its timeless programming, the Passage vers les Étoiles, the Théâtre La Flèche, the music performances of the Auguste Théâtre et the Comédie Nation... and the list goes on! Thanks to their many educational programmes, all of these theatres play an important role in the daily life of the inhabitants of these two arrondissements. Calling all theatre lovers, you're sure to enjoy the playhouses in the 10th and 11th arrondissements.

Discover all the shows playing in the 10th & 11th arrondissements 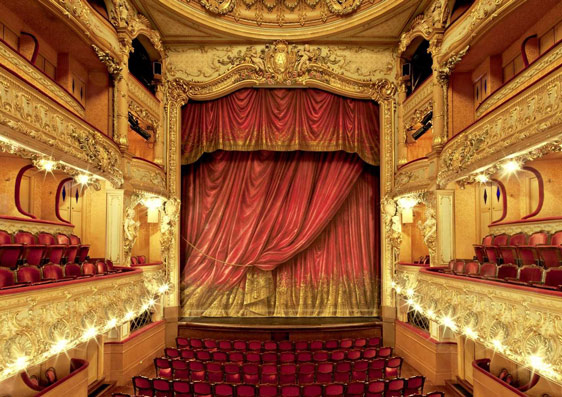 The smallest cabaret on water

Does an evening on a theatre boat pique your interest? And not just any theatre boat: the Nouvelle Seine is one of the coolest spots in the capital. From its prime location on the Quai de Montebello, it has a breathtaking view of Notre Dame! Upstairs, enjoy a gourmet meal made with fresh French products or sip a cocktail while admiring the view. Head below deck to discover the 115-seat theatre where you'll find comedians from all walks of life. French performers like Guillaume Meurice, Blanche Gardin, and Shirley Souagnon all made their début aboard this theatre boat. What’s more, every weekend, the artists of the Cabaret Burlesque set fire to the space. This strip spectacular is full of glamour, humour, and glittery acts! With our premium offers, you can sit back and enjoy the incredible show with a three-course meal, wine, and champagne. Excite your senses to the max with an evening spent in this heavenly place.

Book your tickets for The Cabaret Burlesque 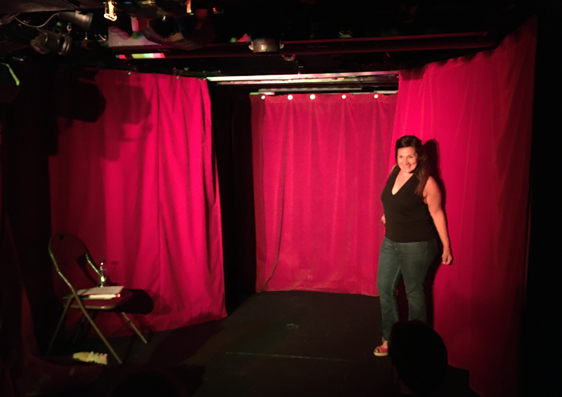 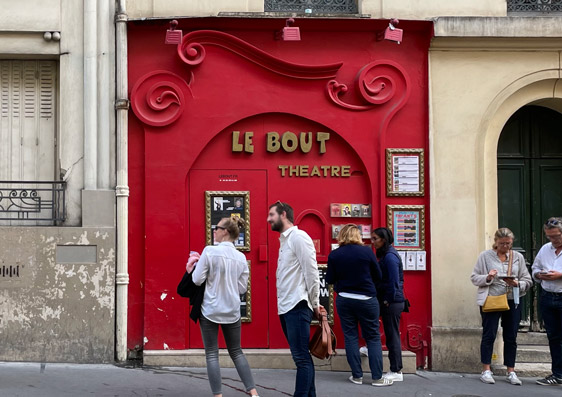 Small venues are hidden all around Sacré Cœur, and each of them helps make up the neighbourhood's special charm. Some noteworthy mentions: the Théâtre Pixel and the Alambic Comédie mix brand new shows with performances for kids, and participate actively in neighbourhood life by hosting theatre classes. You'll find multiple venues known for comedy acts a few steps from Moulin Rouge. The Théâtre du Bout, for example, welcomes students from the École du One Man Show and other comedy stars. Or there’s the Théâtre de Dix Heures, a springboard for young artists where the careers of French performers like Élie Semoun and Franck Dubosc took off. One of the most unusual venues in this neighbourhood has to be the Théâtre La Cible, which used to be... a peep show! Nicknamed "the prettiest little Parisian venue", this round performance space is a hot spot for up-and-coming comedians. 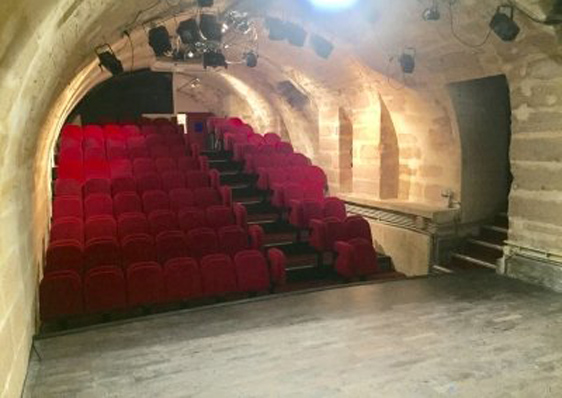 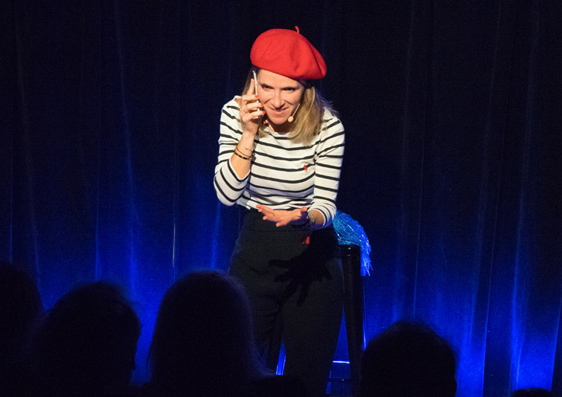 The Marais, land of comedy and music

You never know what you'll find in the cobblestone streets of the Marais. Open a door and you may come across a small trendy store, a quiet café, or even a theatre. Located in the heart of Paris, the Marais is a favourite spot for visitors interested in a stroll – and perhaps a quick pop into a thrift shop or patisserie. But around here, we're most interested in the neighbourhood's many theatres. Multiple playhouses, many of them home to comedy shows, are hidden on the way from the Théâtre du Châtelet to the Opéra Bastille. The first playhouse in the neighbourhood was the Théâtre des Blancs Manteaux, whose opening was quickly followed by other small theatres such as the Point-Virgule (and its sister, the Grand-Point Virgule) and the Essaïon. The Essaïon is an intimate theatre built in an old medieval cave with exposed stone. Here you can see classics and new productions alike. Not far from there are the Café de la Gare, the comedic showings of the Mélo d'Amélie, and the Petit Casino, a delightful café-theatre. The Marais is also home to the rue des Lombards, a street where you'll find lots of jazz clubs like the Sunset Sunside and the Baiser Salé. Last but not least, intimate theatres, like the Théâtre du Marais, line the streets as you get closer to the Place de la République. Or go to the BO Saint-Martin, where audiences applaud Julie Collas every Saturday in her one-woman act Oh My God She's Parisian!, a comedy show entirely in English about Parisians and their quirks.

Book your tickets for Oh My God She's Parisian 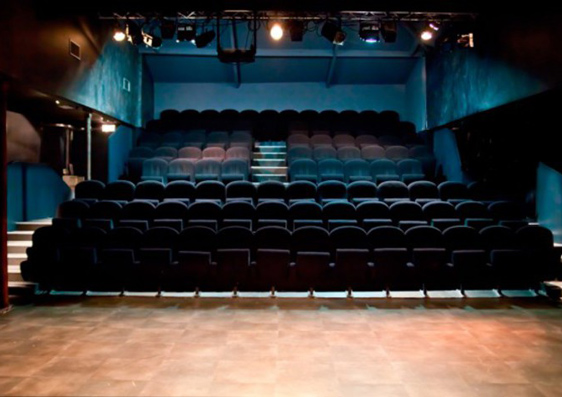 Big things are happening in this little theatre hidden in the Impasse Piver! Located at a junction of four working-class arrondissements, the Théâtre de Belleville is making waves with its contemporary acts. Here you'll discover new shows from established artists along with fresh lineups and styles. These shows address current issues with a refreshing take, moving audiences and inviting them to reflect on the challenges of our society. Despite the venue's 96-seat capacity, Parisians flock there to discover the shows that are redefining contemporary theatre day by day. If you enjoy contemporary stylings and extraordinary theatre experiences, the shows at the Théâtre de Belleville are made for you.

As you can see, the list of small charming theatres in Paris is long. And we didn't even cover them all – we're still missing the Théâtre Darius Milhaud, the Antre Magique, and the Théâtre Jonquière, among many others. Paris is an every-changing city and new playhouses are constantly opening, like the Théâtre de Passy which will welcome the public at the end of 2021. One thing is sure: no matter the size, Paris will always be filled with theatre