A musical is a wonderful experience everyone should live through at least once. The music, the dance routines, the emotions you feel when the main characters are either happy or sad, the combination of all these aspects is what makes it so amazing. Recognized by many, the name Broadway will always be associated with farfetched plays involving brilliant actors who tend to out due themselves in every performance, shocking audience members from all over the world. There are movies that have stolen our hearts, movies that we have watched multiple times on repeat, and we have never gotten tired of not even once. Well these movies became so iconic that Broadway believed it would have been an even better idea to watch your favorite characters live, and what an idea it was. Theatre in Paris is here to give you the scoop on how the top famed movies made it to Broadway in different countries around the world. What did it take for these shows to make it to the top? 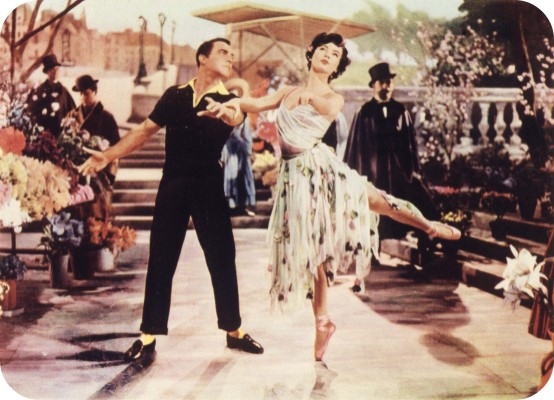 Inspired by the 1951 film directed by Vincente Minnelli and written by Alan Jay Lerner, An American in Paris was showcased in Broadway in 2015 later making itself down to the famed Parisian theatre Théâtre du Châtelet where it was a success amongst locals and tourists. Recognized as an excellent Broadway production thanks to the actors and their roles, by really emerging the audience in the story, the play won multiple Tony Awards. Behind the scenes of An American in Paris takes you to the city of Love, Paris, where a young American veteran follows his dream to be an artist and then meets a Parisian girl who he soon falls in love with, the problem is he discovers he is not the only man in her life. The play is bursting with romance, drama, and thrills, you name it and An American in Paris has it. The music in the movie as well as in the play is derived from George and Ira Gershwin, and the songs are one of the main reasons it became such a huge success thanks to “I Got Rhythm”, “Stairway to Paradise”, “The Cuban Overture”, and a few other songs.

I want tickets to watch An American in Paris 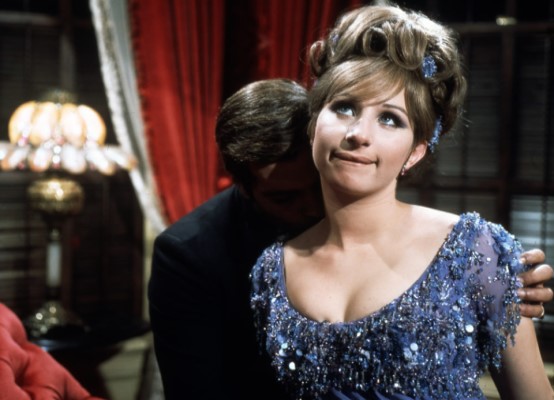 One very beloved show that is endearing to all audience member. Funny Girl is about a young girl who is a comedian who has what it takes to become a big star, not having the conventional looks looked at by society she uses her talent to get to where she wants to be. Throughout her journey she lands herself a job in Ziegfeld Follies and becomes a popular performer. As her career kicks off, she longs for a romantic life and falls in love with a respectful gambler by the name of Nicky Arnstein who ends up in jail, breaking Fanny’s heart. The musical as you may know, was the very first musical film that helped Barbra Streisand’s career boom to the top in 1964 winning her the Academy Award for Best Actress and the same goes for the musical sensation. Barbra Streisand’s acting was so breathtaking that it made this act a hit, it was glorious times giving the fact that Funny Girl had eight nominations for the Tony awards. What many don’t know is that film is based on the true story of Fanny Brice, the producer of the film is none other than Fanny ‘s son in law Ray Stark. Though Barbra Streisand is the iconic star of the show, she was not the first to be considered for the role of Fanny Brice there were three other women picked for the role who rejected the opportunity. In 2006 the film was deemed as #16 on the American Film Institute rankings as one of the greatest musical movies, which is why in 2016 it became historically valuable in the United States Library of Congress. Unforgettable songs did not just fall from the sky, out of the fifty songs created for the musical only fifteen made it to the show and this is thanks to the creative skills of musician Jule Styne and songwriter Bob Merrill. Famed songs such as Don’t Rain on My Parade, My Man, and Sadie Sadie played a great part in taking the musical all the way to Broadway. 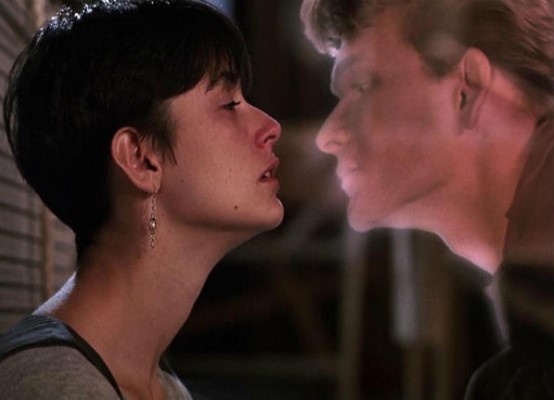 The 1990s film starring Patrick Swayze, Demi Moore, and Whoopi Goldberg is romantic thriller that moved sentimental movie fans became a Broadway hit musical back in 2012. The love story of Sam and Molly impacted fans in a big way. Sam and Molly were deeply in love, but suddenly, a tragedy occurred, and Sam was murdered in front of Molly’s eyes leaving her scarred and mourning his death. Once Sam’s ghost discovers his killer is after Molly, he does everything in his power to keep her safe and he gets help from a phony psychic Oda Mae who turns out to be the real deal. Together they warn Molly of the trouble she is in, and that the enemy is closer than she could have thought. The movie was not originally a musical, but it did have an alluring soundtrack. In 2011 director Matthew Warchus launched ghost the musical in Manchester, England. With great accomplishment Ghost the musical premiered in Broadway in Lunt- Fontanne Theatre in New York and received three Tony Award nominations. Audience members loved the musical and the story so much that first international tour started in 2013 traveling from Turkey, to Berlin and other parts of Europe. Currently in 2019 Ghost is playing in One of Paris’ most Famous and oldest theatres, Théâtre Mogador.

I want tickets to watch Ghost 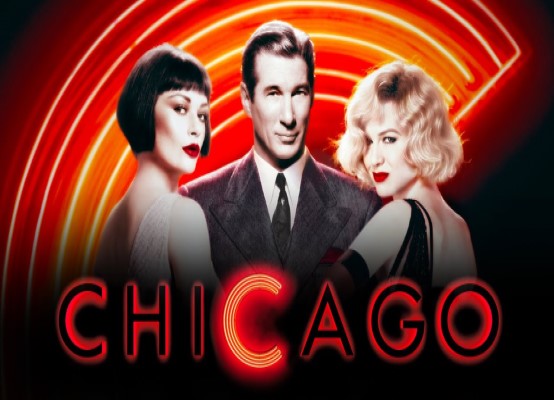 Chicago is thrilling, exciting, and shocking all at once. The backstory of Chicago takes place in the 1920s and involves two women who are the main characters, Velma and Roxie. Velma is accused of killing her husband and her own sister after having caught them sleeping together. After having a romantic love affair Roxie becomes a convict after being accused for murdering her lover. With the help of successful lawyer Billy Flynn, Roxie becomes the center attention in the media making her a star. Velma and Roxie both dancers and jazz singers team up and takeover Chicago and regain their freedom, but Roxie lets fame get to her head. The secret behind Chicago is that the story is based on real events from 1924. Murine Dallas Watkins was assigned the case of two women in Chicago who were accused of being murderers Beulah Annan and Belva Gaertner. Watkins was so inspired by the interesting case that she wrote a play about the two women. In 1926 the show hit the stage, though it wasn’t officially received in Broadway until 1996. In 1927 a silent film which were really poplar back in the 20s was created based on Chicago the play. Audiences loved the plot and twists within the dramatic narrative, but who doesn’t love a good movie with crime, tragedy, and some suspense. In 1960 a musical adaption was added. In 1979 it was displayed in West End London where it ran a total of 600 performances. After 1996 Chicago held the Broadway record for the longest musical revival and the lengthiest American musical in history. 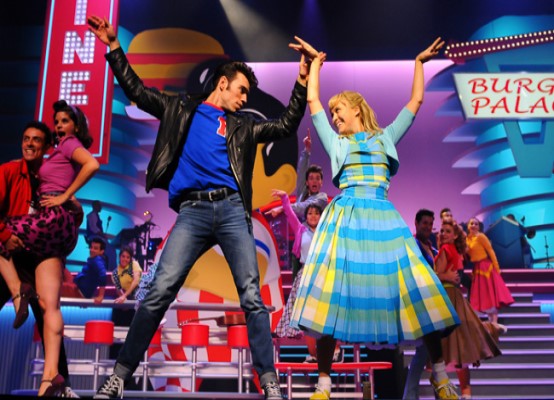 Danny and Sandy are the number couple from the 50s based in the 70s. When the movie came out everyone wanted to dress like them, act like them, and be like them in general. Danny a sweet American boy and Sandy an innocent Australian girl had a summer romance that ended too soon, though destiny surprised them and brought them together in Rydell Highschool, but things seemed different. Danny is part of a group called the T-birds who are too cool for everyone and this when Sandy realizes that Danny is a completely different person in comparison to when they met. Trying keep his tough act in front of his friends Danny pretends he isn’t in love with Sandy, Sandy upset tries to change her appearance with the help of her friends, the Pink Ladies in order to get Danny’s attention. The catchy songs in the movie such as Grease lightnin, Summer nights, You’re the one that I want, and other pieces in the film were what attracted spectators besides the entertaining narration. Similar to Chicago, Grease was first written as a play by copywriter Jim Jacobs and teacher Warren Casey, the story was predicted to attract thousands of young audience members which is why they decided to produce the film in 1978. Before the film the play was exhibited to the public in different countries in 1972 and had seven Tony Award nominations. In 1994 the play toured in the United States as a Broadway production and then again in 1996. The show was non- stop touring around the world and it even performed on the Royal Caribbean cruise line back in 2016, people loved the play considering Grease is a part of their youth. Until this day Grease production is still touring around the world and pretty soon it will be back in Paris.

Liked the inside scoop on how these popular Broadway Hit Musicals made it to the big leagues? Check out these other enlightening articles:

Crazy Horse Paris, What’s All the Hype About

A History of Mime, The Most Oh So French Of Art Forms

The Explosion of The Parisian Theatre Scene: Facts and Figures

The Evolution of The Circus