A History of Mime, the most oh so French of art forms

Ask anyone to picture the most quintessential of French people and they’ll instantly describe a man with a moustache, in a stripy t-shirt and a beret. Many will add white face paint, white gloves and heavy black makeup to the mix. The image they have in their mind is of a traditional French mime artist, so integral a feature of the country’s cultural heritage that it has become something of a national symbol. Mime – or the acting out of a story using gesture but no speech – definitely hit the big time in France but where did this peculiar performance style come from? Who were the Frenchman that made it their own? And what does mime look like today? Read on for the story behind an art form as French as fine wine…

Get tickets for a modern day mime act in Paris

A Global Art form: The Origins of Mime

Today mime might mean French people in face paint, but the genre actually has its origins in the theatres of Ancient Greece. Back then things were very different: mimes were simply dramatisations, often of scenes of daily life, relying on elaborate movement and gesture but also incorporating speech and some song. Meanwhile, variations of the practice also found their way into ancient aboriginal, Indian, and Japanese theatrical heritages, all of which feature performances that blend music and dance with a narrative told through stylised gesture and facial expression. The Japanese Noh tradition of masked theatre, in particular, would go onto influence many contemporary French theorists of mime. 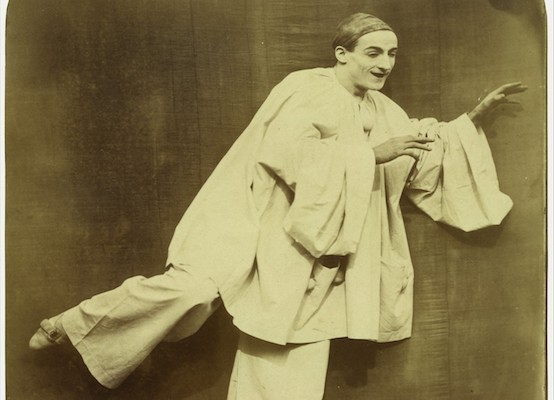 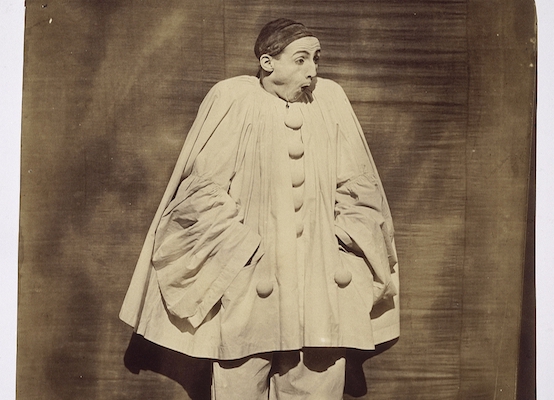 Mime As We Know It: From Italy to France

Things really got started when the Romans invaded Greece and brought a long theatrical tradition back to Italy. Mime got absorbed into the hugely popular Commedia dell’arte genre that flourished in Europe from the 16th right up until the late 18th century. This distinctive brand of acrobatics, masked performance, and exaggerated comedy centred on a collection of fixed character types, playing out sketches and scenarios from daily life. A travelling troupe of street performers brought Commedia dell’arte with them to France in 1576, where the form proved even more popular than it had been in its native Italy.

But what does all this have to do with modern day mime? In 1816, the Italian theatrical style underwent a distinctly French makeover at the hands of one Jean Gaspard Deburau. Along with a theatrical troupe largely made up of his own offspring, Deburau was hired by Parisian theatre, the Théâtre des Funambules, to perform comedy and acrobatic acts. But the showman had other ideas in mind. Donning white face paint and a droopy buttoned suit, Duburau took to the stage as Pierrot, a lovable and lovesick character made famous in Italian theatre. Performing as Pierrot until his death in 1846, the actor’s endearing persona and exaggerated facial expressions delighted audiences – without him uttering a single word! Deburau had created the modern day mime act. 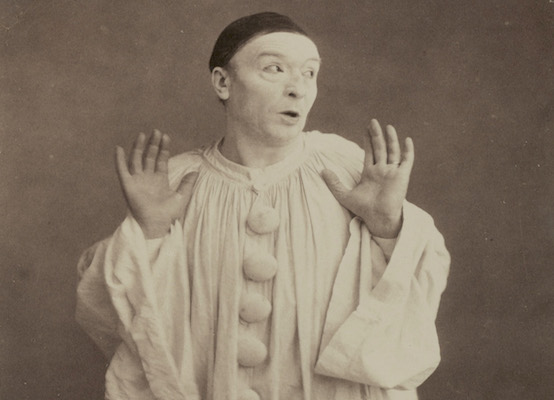 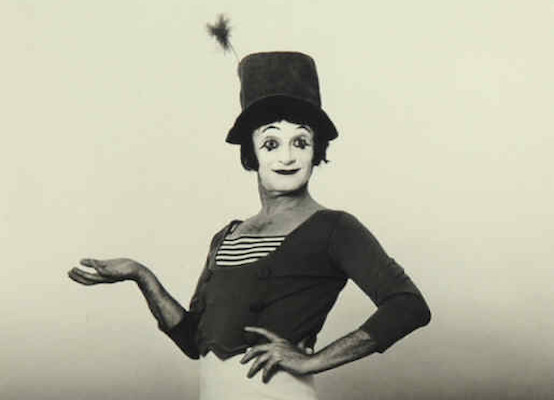 An Oh So French Trademark

Deburau is credited as the father of mime but down the years the genre has been sustained by a long line of chalk-faced Frenchman. On Deburau’s death, actor Paul Legrand succeeded him as the new Pierrot at Théâtre des Funambules, giving the character the more tearful, sentimental dimension we still see in many mime acts today. Ever faithful to the winning white face paint, Legrand did away with his predecessor’s bulky outfit and often chose to perform in his ordinary clothes (beret and breton stripe anyone?). Then, in the 20th century, French theatrical practitioners like Jacques Lecoq and Étienne Decroux were central in developing mime as a formal artistic genre. Both writers published detailed theoretical explorations of the subject.

Last but not least, perhaps the most well-known French mime artist in recent years was Marcel Marceau, whose performances of his persona, "Bip the Clown" achieved international acclaim. Marceau even put his mime act to heroically good use, while working for the French Resistance during the Second World War. Performing silently as Bip, the mime kept groups of Jewish children quiet for hours as they escaped across the border from occupied France into Switzerland.

As a child, Marceau trained himself in the art of mime while watching movies  – Charlie Chaplin movies, to be specific. In an age before ‘talkies’ and the introduction of sound to film, technological restrictions meant that mime reigned on the big screen. Actors like Charlie Chaplin and Buster Keaton became the new inheritors of an ancient tradition, albeit without the face paint. They adopted the craft of their miming predecessors, telling a story through body language and gesture alone. Back in France, the iconic actor and filmmaker, Jacques Tati first made his name performing as a mime artist. He would go onto incorporate the art form into many of his films, whose humour more often comes from expertly choreographed visual gags than dialogue. 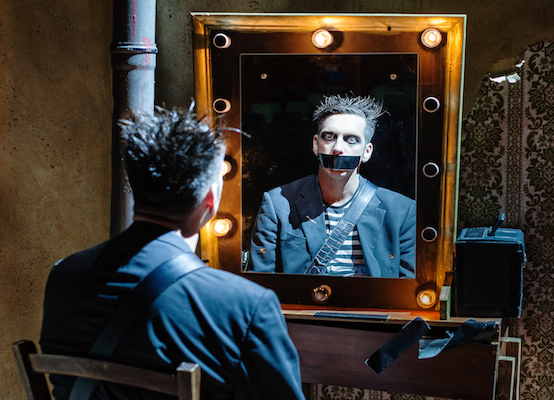 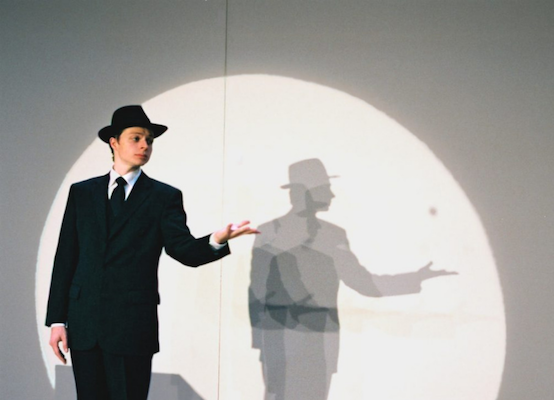 Flash to the Present: Mime Today

Since its roots in 15th century Italy, mime has been tied to street performance and busking. Today you can find mime artists performing to crowds of onlookers in various cities around the world. But the genre continues to be a favourite with audiences at the theatre as well. Having hit the big time during a stint on America’s Got Talent, comedian Sam Wills, or better known as Tape Face, has toured the world with his hilarious contemporary mime act. With a strip of tape on his mouth and a whole lot of heart, Tape Face can send his audience into stitches without uttering a word. Back in France, Pierric Tentorey is the newest addition to the French Miming Hall of Fame. Nominated Magic World Champion back in 2015, Pierric’s sell-out show, Man Framed on White, blends magic and mime to hilarious effect. And you can catch both shows in Paris in 2019! Why not grab tickets for the most contemporary examples of France's very favourite artform...

Get tickets for Tape Face

Liked this article? Get more Parisian theatrical history from the Theatre in Paris blog:

We would love your input!

If you’ve been to Paris before, are planning a trip, live in Paris, or dream of visiting one day we would love to hear about your experiences and expectations in the famous city through taking our survey!
On top of that, we would love to see what kind of knowledge you have about the theatre and events industry. If you would be willing to take the time to help us learn more, click the button below!