It is hard to miss the grandiose building that is Théâtre du Châtelet, which towers above the busy Place du Châtelet, directly opposite its twin, Théâtre de la Ville. The larger of the two playhouses, with 2046 seats, Théâtre du Châtelet specialises in musical productions, whether that be musical theatre, dance, concerts, or opera. Its history stretches back 150 years, to the time of legendary city planner Baron Haussmann. Having destroyed another theatre during his renovations of Paris, Haussmann ordered that the Théâtre du Châtelet, then called the Cirque Imperial, be constructed as a replacement. Since then, the theatre has been home to a wide variety of genres. At the time of its 1862, its programme centred on military works and fairy plays. At one point the theatre was best known for its extended production of Jules Verne’s Around the World in 80 Days, which spanned 64 years, 2,195 performances, and ended only with the Nazi occupation of Paris in 1940.

Since 1979, the theatre has been fully funded and operated by the City of Paris, during which time it has undergone two major renovations. The first saw the theatre become le Théâtre Musical de Paris, a specialisation which the theatre has kept if not the name. More recently the theatre’s focus has shifted away from classical music and opera and towards musical theatre, particularly Parisian reimaginations of Broadway musicals. American classics like Kiss Me, Kate, Singin’ in the Rain, and An American Paris have all made the bill. Surrounded by the bustling downtown neighbourhood that is Châtelet, a trip to this theatre makes evening out planning easy.

Handicap accessible? Yes, though we recommend contacting us with your requirements so we can ensure the best possible placement. 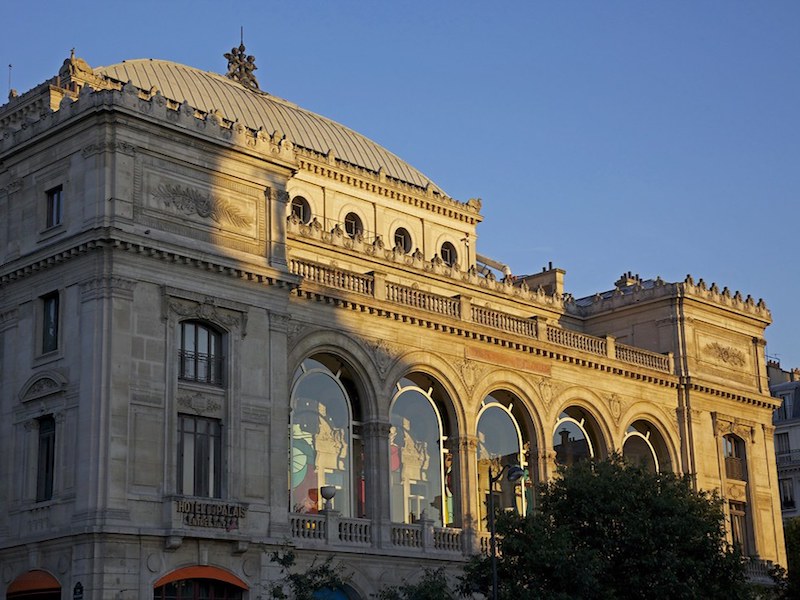 Enjoy this Hollywood story of a love affair born in Paris, right from the magical city where it was set!
from 33 €

Through tales of love, money and competition, this 8-time Tony-winning musical will transport you to the bustling world of a 1930s New York City.
from 47 €