Shows in Paris this Holiday Season 17/18

Paris in December is truly a magical sight to see. Welcoming visitors from all around the world for the holidays, Paris is filled with the hustle and bustle of holiday shopping and festive displays all throughout the month of December. The city is at its best with fairy lights twinkling above every street and spectacular holiday displays filling the storefronts. Yet, our favorite part of Paris in December is the dazzling array of shows put on by the city's most famous venues for all to see! While we’re partial to the huge selection of live theatre in Paris, the selection of holiday shows in Paris ranges far and wide, from operas and ballets, to comedies and musicals.

For all things theatre look no further than yours truly! Theatre in Paris makes Paris’ currently theatrical hits easily accessible with English subtitles and and English-speaking staff to guide you through the whole process! Experience the majesty of such theatres as the Théâtre le Ranelagh or Théâtre Édouard VII, while seeing some of our hit shows this season. Perfect for all ages!

Playing at the Théâtre Ranelagh until 2019

Stirring things up since the 1600s, Molière, France’s most famous dramatist, penned this rip-roaring, ever-popular piece about passion, penny-pinching, and family matters. The Miser has been adapted thousands of times, in various languages, but nothing compares to seeing this hilarious play in the original language of the master of Western theatre in a historical Parisian playhouse.

Tickets for The Miser

Playing at the Théâtre Edouard VII now through January 6, 2018

Real Life is a must-see for anyone seeking truly Parisian evening entertainment. In the hidden-in-plain-sight Théâtre Edouard VII, a venue famous among the French for its witty plays, is this chic, modern show, starring some of the biggest figures in French film and in theatre. It is a modern “chef d’oeuvre” sure to make you laugh uncontrollably, and rethink everything you know about life and love.

The only one-woman show in Paris, 100% in English! After years in the US, this born-and-bred Parisian left a successful albeit buttoned-up legal career to let her inner comedian roar. The hilarity ensues as she demonstrates just what it is to be a woman in Paris. Live a hectic day in the life of Julie Collas – a Parisian to the core – and have your sides splitting at her endearingly silly French accent. 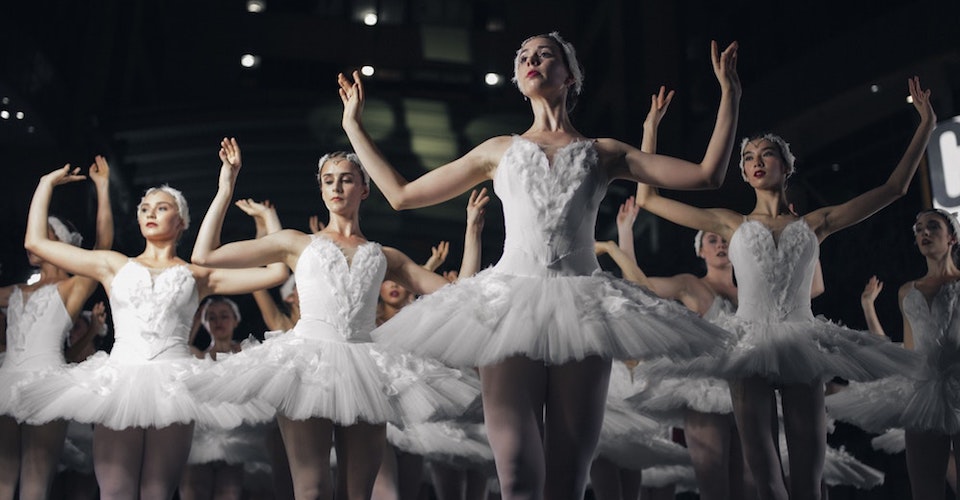 The word ballet comes from the French, so what better place, or time for that matter, to indulge in a Parisian ballet show. Paris boasts the oldest national ballet company in the world! Dating back all the way to Louis XIV, the Paris Opera Ballet still exists today and has a whole new stock of breath-taking shows on this December!

Playing at the Palais Garnier December 4 through 31, 2017

This contemporary, unique ballet will transport viewers into another universe. The choreographer of PLAY, Alexander Ekman, is pulling out all the stops for his first time working with the dancers of the Ballet de l’Opera, to bring Parisians and visitors alike a show they will not forget.

Shimmering costumes, Spanish accents, and voices that make you want to cry? Sign us up. Rudolf Nureyev’s Don Quixote is new to the Opera Bastille this Paris December show season and promises to be amazing!

The Nutcracker (Casse Noisette in French)

See your favorite Christmas classic through a Parisian lense this December! A returning favorite, the National Ballet and Orchestra of Russia travels to the Parisian stage once again to delight audiences.

Tickets for the Paris Opera Ballet

Looking for a touch of class to add your Parisian visit? Don your best gloves and monocle and book your tickets for a Parisian Opera! With world class singers and apera houses that will bring you to tears, there is no better way to experience all things Opera than right here in Paris! Here are the best rated shows for this December:

Playing at the Palais Garnier November 15 through December 25, 2017

Playing at the Opéra Bastille November 28 through December 31, 2017

Tickets for the Paris Opera