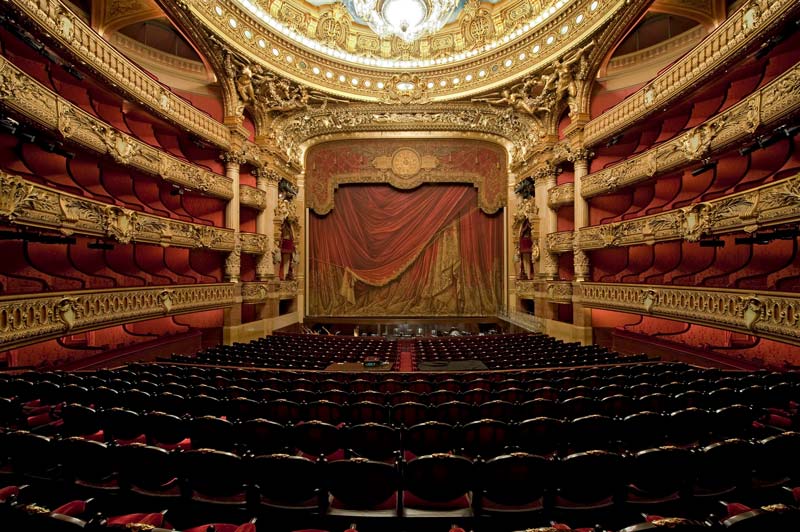 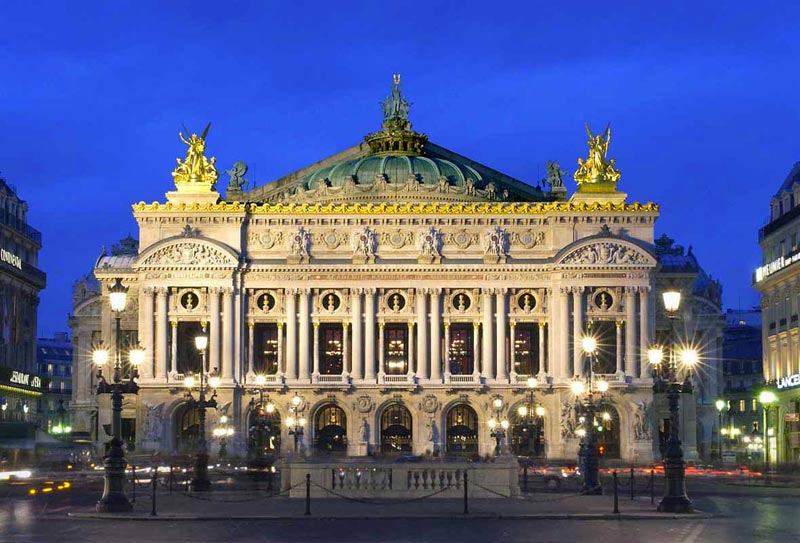 The ever-favourite opera by Damiano Michieletto, Don Pasquale was first performed in Paris in 1843. An exquisite performance in Paris' legendary Palais Garnier.
from 399 €

A masterpiece of lyrical art from Mozart himself, showing a darker side of society through the conquests of seducer Don Juan.
from 214 €

This exceptional Gala, in support of the 350th anniversary programme, proposes a unique and original evening on the stage of the Palais Garnier.
from 349 €

These legendary pieces were first performed together in 1892, and now join again in this coming-of-age production by the Paris Opera.
from 429 €

The incredible work of three legendary choreographers is behind this performing duo. An artfully constructed aesthetic quest interpreted by two poetic dancers.
from 259 €

Acclaimed choreographer Crystal Pite pushes performers beyond their limits in a series emotionally-charged sequences.
from 129 €

Angelin Preljocaj combines the classical whisperings of Mozart with a modern choreographical language as dancers alight in a game of attraction.
from 149 €

A performance by returning guest company the Nederlands Dans Theater, leading light of the contemporary dance movement in Europe.
from 119 €

Every year, the Paris Opera Ballet School brings the work of its talented students to light before the public.
from 91 €

A series of concerts on the stage of the Palais Garnier with the artists of the Academy and the Paris Opera Orchestra.
from 79 €

Musicians of the Paris Opera Orchestra perform at the magnificent Palais Garnier.
from 39 €

A new take on a Shakespearian masterpiece, King Lear comes to life through talented operatic vocals.
from 159 €

Raging seas and stormy romance: Bellini's opera charts the enduring love between a duchess and her pirate
from 379 €

An evening devoted to two of the most illustrious French composers: Debussy and Ravel. A unique opportunity to see two incredible pieces together on stage.
from 104 €

Coloured with dark humour, this opera based on the play by Witold Gombrowicz features an irresistibly unlikely princess.
from 149 €

Contemporary dance and opera buffa: discover a radical new imaging of one of Mozart’s most playful operas
from 179 €

Discover the secrets and architectural wonders of the Palais Garnier, both a prestigious performance hall and a national museum in the heart of Paris.
from 19 €

An exceptionnal series of 13 classical music concerts interpretated by the Paris Opera Orchestra and Choir, performed on the stage of the glorious Palais Garnier.
from 69 €

A series of famous choregrapher Rudolf Nureyev’s greatest ballets solos and duos performed by the Paris Opera prime dancers on the stage of Palais Garnier.
from 89 €

An exquisite selection of eight famous ballet solos and duos, performed by the best dancers of the Paris Opera, on the stage of legendary Palais Garnier.
from 89 €

A magnificent contemporary ballet created by four international choreographers at the iconic Palais Garnier.
from 79 €

Richard Strauss's humorous and charming opera returns to the Palais Garnier in the magnificent staging of Robert Carsen.
from 179 €

Famous work of choreographer Ohad Naharin is performed by the Etoiles, Premiers Danseurs and the Corps de Ballet of the Paris Opera.
from 114 €

The next generation of star dancers of the Paris Opera shine in the most beautiful classical solo dances on the stage of the Palais Garnier.
from 119 €

The Dancers of the Paris Opera pay tribute to the choreographer Roland Petit by performing three of his legendary works on the stage of the Palais Garnier.
from 149 €

World premiere of the Marc-André Dalbavie's impressive opera, adapted from the play of Paul Claudel, will be performed on the stage of the Opéra Garnier.
from 99 €

The Arts Florissants Choirs and Orchestra perform the most beautiful melodies of Vivaldi, Corrette and Corelli on the stage of the Palais Garnier.
from 89 €

Mozart's The Clemency of Titus

Willy Decker’s resplendent production of Mozart’s opera is returning to the stage of the Palais Garnier for just a few nights only.
from 179 €

Gluck’s opera lights up the stage of the Opera Garnier in this acclaimed production by Krzysztof Warlikowski.
from 159 €

Movements by Swedish choreographer Alexander Ekman transport audiences into a festive playground where the imagination runs free.
from 123 €

The star dancers of the Paris Opera will bring Stendhal’s iconic novel to life in a new ballet choreographed by Pierre Lacotte.
from 157 €

Discover the magical and romantic baroque opera by Handel, which dazzles under the direction of Robert Carsen.
from 182 €

Enjoy the end of the year celebrations with three superb classical and contemporary ballets performed by the Dancers of the Paris Opera on the stage of the Palais Garnier.
from 123 €

Performer Marina Abramović looks back over the starring roles of soprano Maria Callas through opera, film and performance art.
from 179 €

After its success in 2019, this contemporary ballet by choreographer Crystal Pite will be lighting up the stage of the Palais Garnier once again.
from 123 €

Let yourself be swept away by Leonard Bernstein’s comic and moving opera, featuring the stunning vocal talents of Patricia Petibon, Gordon Bintner and Frédéric Antoun.
from 159 €

The dancers of the Paris Opera perform two masterworks by the Israeli choreographer Hofesh Shechter, in a heady cocktail of music and dance.
from 127 €

Based on Samuel Beckett's play of the same name and premiered in 2018, Kurtág's powerful opera comes to the Opéra de Paris at long last in a staging from Pierre Audi.
from 138 €