The year 2021 is promising to bring plenty of musicals to Paris! After a difficult year for performing arts, we look forward to the reopening of Parisian theaters and to discover all the glamorous musicals such as the Lion King, Charlie and the Chocolate Factory, 42nd Street, the Producers and others. With our selection of musicals in Paris during the year 2021, each of you will undoubtedly find a perfect show to see during this year!
Discover all the musicals that are expected to hit the capital during the year 2021!

One of the most exiting events of the year 2021 is the comeback of the famous musical The Lion King which will be back on stage at the Théâtre Mogador. Adapted from the Disney animated film, The Lion King musical has already won over 100 million spectators around the world! This colorful show brings the beautiful flora and fauna of the savannah on stage by combining unforgettable costumes, puppets and choreography. This incredible story of love, friendship, and courage is accompanied with the sound of Elton John’s greatest songs such as “The Circle of Life” and “Hakuna Matata”.
For the Lion King’s second visit to Paris, the greatest actors, dancers and singers will be brought together to amaze Parisian spectators.
Come and discover an inspiring story of the lion cub Simba, who will follow his destiny no matter what! The ticket office is already open and you may book your tickets for The Lion King at the Mogador Theater.

Book your ticket for The Lion King

If you looking to experience an excellent American show, then 42nd Street musical is the perfect choice! With over 10,000 performances on Broadway and in London, this musical is ready for the tour to Paris. After experiencing tremendous success at the Théâtre du Châtelet in 2017, the musical is back on the same stage! 42nd Street tells the success story of the young dancer Peggy Sawyer. You will have a chance to see how Peggy follows her dream to be a stare and manage to receive a leading role in a show.
The musical is known around the world for its fantastic tap dance numbers. The incredible pieces such as “We're in the Money”, “Lullaby of Broadway” and “ 42nd Street ” will make your day unforgettable. Let yourself be enchanted by the grandiose musical that will be performed at the Théâtre du Châtelet in November 2021.

The musical which broke all records by winning 12 Tony Awards, arrives at Paris for the first time! After more than 4,000 performances across the globe, The Producers will come to the Théâtre de Paris during the Fall, 2021.
This musical is based on the 1967 Mel Brooks' film and tells an unusual story of Broadway musical production. Max Bialystock, a declining Broadway producer teams up with accountant Leo Bloom. Together, they realize that they could make a lot of money by producing an unsuccessful show and decide to make the worst musical ever. To do this, they bring together the worst actors, script and costumes. They are already planning to fly to Rio after the first performance, however, this show has many surprises for them!
It is the protege of contemporary theater, Alexis Michalik, known for his plays such as The Bearer of History, Edmond, Le Cercle des Illusionists, who stage the legendary musical and will direct a troupe of talented actors. Come and discover the crazy musical comedy and let yourself be impressed by its tap-dance numbers, its intriguing plots as well as its hilarious characters! 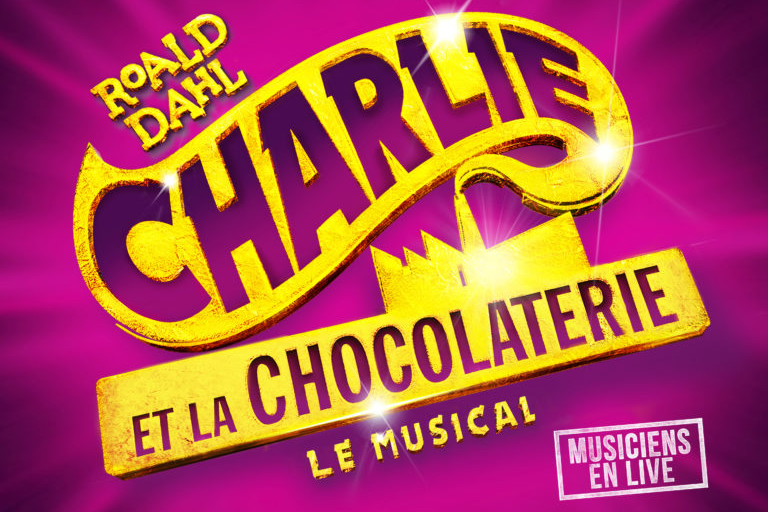 Charlie and the Chocolate Factory

The delicious musical is coming to Paris in March 2021! After having tremendous success in London and on Broadway, it’s now Paris’s turn to discover the Charlie and the Chocolate Factory phenomenon! With its colorful sets and characters, its catchy songs and its beautiful story, you will be amazed by the magical world of Charlie and the Chocolate Factory!
Adapted from Roald Dahl's book, the musical Charlie and The Chocolate Factory tells the story of young Charlie, who wins one of the five golden tickets to visit Willy Wonka's incredible chocolate factory. Together with four other children, Charlie discovers an extravagant world where confectionery and culinary inventions are unbelievable. However, the young boy is yet to discover the greatest surprises which the great chocolate maker has prepared for the child who will resist the temptation.
Immerse yourself into the beautiful world of Willy Wonka with this sweet musical.

Luc Plamondon and Michel Berger's famous rock opera will be staged at the Seine Musicale during the November 2021. During the course of 40 years, this timeless work has welcomed more than 6 million spectators and has made multiple generations sing with its hits such as “Quand on arrive en ville”, “Le Blues du Businessman”, “Le SOS d’un terrien en détresse” or “Le Monde est stone”. When the album came out in 1978, a year before the show premiered, it introduced the general public to France Gall, Daniel Balavoine, Fabienne Thibaut, René Joly and many other voices that continue to punctuate our playlists. For the show's big comeback in 2021, it is director Thomas Jolly who is revisiting the masterpiece by Michel Berger and Luc Plamondon.
Immerse yourself in the futuristic world of Starmania in a brand new staging that will highlight his cult songs by Michel Berger and the mythical characters: the waitress automaton, the businessman, Johnny Rockfort the leader of the band of the Stars Blacks or Ziggy, the androgynous record store owner.