Crazy Horse Paris, What’s All the Hype About?

Aside from their catchy songs that may stay stuck in your head for three days straight, you can take our word from personal experience when we say that Crazy Horse has jaw-dropping acts! The show was 90 minutes long, but it was so incredible that it felt as if the time were passing by too fast, we did not want the show to end. We’re going to give you guys a quick history about the one and only oh so famous Crazy Horse Cabaret and why tickets are flying off the shelves to watch these girls dance.

Conveniently located in the Champ Elysées, Le Crazy Horse has had its doors open since 1951! No wonder it has such a flawless reputation, with years of experience and a variety of different performances overtime. Founder Alain Bernardin had a vision of exhibiting the beauty that is a woman’s body in a sensual “not sexual” way. He combined the form of striptease with elegance, displaying a nude performance that excluded vulgarity but was still suggestive. As the club started gaining recognition, spectators from all over the world traveled to Paris just to see what all the fuzz was about, they claimed the show was worth the travel. The enterprise was a family business by 2005 when it started featuring big named artists such as Dita Von Teese, Pamela Anderson, Conchita Wurst, and so many others.

Glamorous from head to toe, Crazy Horse Cabaret has high-end decoration from the outside with its identifiable big red lips figure in the entrance and its bright red lights adorning the building from top to bottom. The club looks more mesmerizing from within with its soft silky couches all of red color to match the rest of the décor. Seen from up close in person, we can tell you that all the seats in the house will give you a spectacular view of the girls considering it’s a cozy setting with 350 seats. Although perks such as their famous tailored made champagne come at a different price, it adds so much more essence when watching the show.

What makes the performances different from any other cabaret performances are the visual light effects that dress the nude dancers in lingerie, cocktail dresses, and seductive patterns such as voluptuous stripes or sexy leopard spots giving the audience the illusion that the dancer is undressing…though realistically speaking in most performances they truly are. From the songs to the dances, absolutely everything will keep you wide awake! During several unique performances, all you will hear is constant cheering after the show, of course during the show everyone is so immersed in the dancers movements that no one makes a sound. The show begins with a song that is more than likely to get stuck in your head as it did in ours called “God save our bareskin” where the girls are dressed as British royal guards while in nothing but bare skin, hence the name of the song, get it? There are also solo performances such as “I am a good girl” which is breathtaking, the way the dancer moves with so much flexibility and sensuality at the same time. One feisty routine near the end of the show is “Striptease Moi”, where two endowed women make the room damp with all the heavy breathing coming from viewers as they watch the mischievous steamy performance. The show is not all about the girls though, there are very talented acts that are presented after an hour into the show. We had the opportunity to experience the tap-dancing skills of twin brothers Roman and Slava who did a very good job in capturing the audience’s attention as they shifted from tap dancing to classical music to modern-day songs. The crowd went wild especially when the brothers combined their talent with comedy. 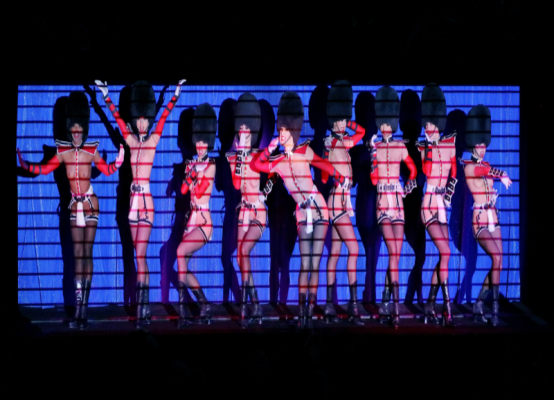 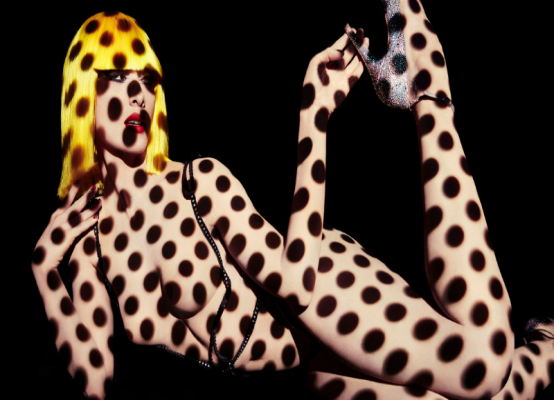 What it takes to be a Crazy Horse dancer

From their coordination to their sensual outfits, and their hard to miss physique these women work really hard to put on an amazing show. The girls featured in the show go through a very selective process, where they must have a background in dance and be very confident as well as charismatic, but of course, these are essential aspects if you have to perform twice a day for five to six nights a week. These girls are required to have a lot of energy in order to get up on stage and dance their hearts out releasing all of their emotions for the audiences’ pleasure. They must endure 3 to 5 months of intensive training before performing for the first time on stage, now that’s dedication. Fun fact, each dancer has their own stage name granted to them after their very first performance. 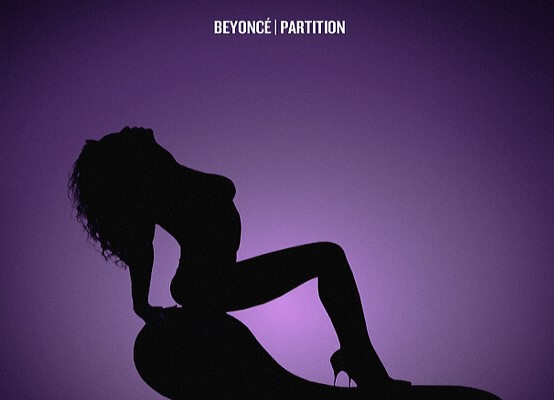 Fit for a queen “Beyoncé” that is

The contemporary cabaret is mentioned constantly around the world that even eminent artists such as Johnny Depp, Katy Perry, Celine Dion, John Legend and his wife Chrissy Teigen and many others have stopped by the Crazy Horse just to see these ladies dance. A certain international artist took a special interest in the way these women moved, Beyoncé. Beyoncé was inspired to make her music video based on whats she observed so carefully during the Crazy Horse performance. She was fascinated with the choreography from each dance on stage, the scene that was most memorable for viewers in the music video comes from the dance routine “Blush of Desire”. If you’ve seen Beyoncé’s music video “Partition” where only her silhouette is visible while she sensually dances on a slender couch, then you’ll get an idea of the choreography on the Crazy Horse stage for Blush of Desire. Of course, all the Crazy Horse performances were enthralling so why pick just one for the music video? Beyoncé mixed various recitals from the show and even used the special lighting effect used on the girls while they danced on stage, can you recall Beyoncé covered in leopard spots? Who can forget!

We know you may be curious about how one should go dressed to such performance while walking towards the Crazy Horse entrance you’ll notice a couple of people dressed nice heading your direction. Yeah, you guessed it, these people also have tickets to see the show. We suggest dressing classy not exactly fancy unless you want to, we also recommend avoiding sneakers if possible. We cannot stress this enough, but there is one important rule once entering the venue and that is NO PICTURES ALLOWED. One other thing we suggest is arriving at Crazy Horse 30 minutes before the show, the host Laurie Hagen will welcome you and have you laughing off of your chair before the show commences.

We hope you guys enjoy the show as much as we did.

I want tickets for the Crazy Horse cabaret show

Liked this article? Check out others like it from the Theatre in Paris blog:

The spectacular history of Paris’ cabarets

Where to find cabaret in Paris