5 Things You Didn't Know About Entertainment in Paris, France

Paris boasts a spectacular offering of nightlife activities and entertainment, not just cabarets!

The locals know better than anyone that Paris, France is a hub of fantastic entertainment. Fortunately for the rest of us, more and more venues are opening their doors to non-French speakers. Here are five things you might not know about entertainment in Paris! 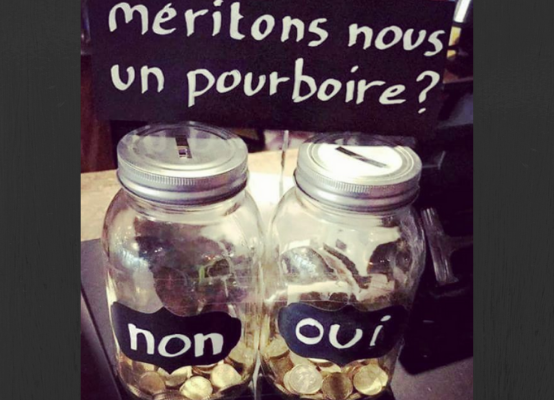 In Paris, many travelers, especially those from North America, will have done their research on tipping etiquette in the City of Lights. They’ll find that the service charge is included at restaurants, so hefty 20% tips like in the States are not necessary. (Although smaller, symbolic tips are of course appreciated!) In the world of Parisian entertainment, it’s another story. Essentially, consider the ushers as the Parisian equivalent of American actor-waiters and waitresses. They’re often studying, practicing their lines, and working hard for a modest wage at the theatre. It’s therefore customary to leave a small gratuity for your usher, usually 2€ to 5€ as per French tradition.

2. In Paris, entertainment is accessible, even if you don't speak French

During the last few years as the leaders in surtitling technology, this is something we at Theatre in Paris have contributed to, but we've also happily discovered that we're not the only ones in Paris making the authentic entertainment of the locals accessible to travelers (explore all English-accessible shows in Paris!).

There are also Parisian shows with little or no dialogue and that can be understood by anyone in the world, such as our show Duel Battle f the Ballads and numerous shows by Parisians, but in English. Many associations catering to English speakers seeking an evening of entertainment exist in the City of Lights, such as AMT Live, Dear Conjunction, and Théâtre en anglais, with a myriad of musicals, classics, and modern plays. Two years ago also marked the very first Fringe Festival in Paris, highlighting Anglophone and bilingual productions.

3.  In Paris, there's so much more than the cabaret

The Moulin Rouge might be what comes to mind first and foremost when planning an evening out in Paris. But the locals, the expats, and the Theatre in Paris fans know that while the Paris cabarets are surely something you have to see once, Paris also boasts a rich, varied offering of entertainment. Take our shows for example, where you’ll find quippy modern pieces, romcoms, cherished classics, and whimsical musicals. We’ve even surtitled shows about the cabaret and its fascinating history. If you're looking for standup comedy in English, we recommend hitting the Paname, a bar which hosts weekly comedy nights in English. Free entrance when you buy a drink! The famous expat Paul Taylor is known to perform there once in a while!

4. The nightlife can be education in Paris

Whether you’re looking to learn about French culture, or even how to become Parisian, Paris has the show for you. With shows like How to Become Parisian in One Hour and Oh My God She’s Parisian, the French have got you covered, joyfully and cheekily re-educating English on Parisian clichés, and playfully mocking everyone in Paris- French or foreign- at the same time. There are also shows like I Love Piaf and Molière's The Miser, both which highlight some of France’s most revered figures in art (be it music like Edith Piaf or theatre like Molière), allowing visitors to the capital to know just as much (if not more in some cases!) about Paris’ rich history. And, obviously, if you want to learn French, there's no better way than to be fully immersed in French culture by surrounding yourself with a French speaking audience for a French play or musical! Our subtitles will help you understand if you know no French at all. For intermediate French learners, the subtitles are perfect for "argot" (slang in French) or for antiquated French terms that you might not learn in school.

5. The entertainment is interactive in Paris

For anyone who thinks the French are standoffish or cold, you’re in for a big surprise at the theatre. French entertainers are (surprisingly?) warm and welcoming, and won’t hesitate for a second to put their spectators on the spot. With us you’re seated in the balcony for the best views possible- lucky for you if you’re shy! But... if ever you do find yourself in the front few rows in a Parisian venue, don’t be surprised when the comedians and actors start mocking you and your neighbours and asking (sometimes intimate!) questions! And, in some of our shows, such as I Love Piaf, the audience is encouraged to sing along! Don't say we didn't warn you.

Looking for some French entertainment with English subtitles?