Our favourite little hidden historical gems in the City of Lights

One of Paris' best kept secrets, unknown to many visitors, is its theatre scene rivalling that of Broadway and the West End. Theatre in Paris raises the curtain on French theatre for the rest of the world. In that same spirit of spilling Paris' secrets for curious travellers, our diverse team of local Parisians and native English speakers living in France have put together this list of our favourite hidden gems discovered in the City of Lights. Read on...

When you step into the auditorium of the Théâtre du Ranelagh, you’ll be  wowed by the ornate carved oak panelling adorning the orchestra and balconies, as well as the intricately decorated ceiling. The theatre, which offers subtitled French classics like Victor Hugo’s Ruy Blas and Cyrano de Bergerac, was built on an old château owned by an amateur playwright who loved to put on swanky parties. In the late 1700s, he welcomed artists and philosophers alike, such as Voltaire (the famous author of Candide and The Ingénu), Rameau (the most significant French composer of the 18th century), and Rousseau (a famous Genevan philosopher who influenced the French Enlightenment). According to historian Marmontel, the soirées here were so fantastic, with the highest nobility and the most beautiful Parisian women, that they made up for the mediocre entertainment. Rest assured, the subtitled French classics there today are top notch! Explore more history of the Ranelagh Theatre.

Dinner with a view in a hidden corner of the classy 16th arrondissement: The Maison de la Radio

Just a few minute’s walk from the Théâtre le Ranelagh is Paris' Maison de la Radio. Overlooking the Seine and the Eiffel Tower is Radio Eat on the first floor: it’s quiet and classy, hidden in plain sight with an extraordinary view, and is perfectly located for dinner before or after a famous French show at the Théâtre du Ranelagh with Theatre in Paris. What’s not to love? According to one Tripadvisor reviewer, it’s like eating in a “posh 1970s airport lounge”.

Just around the corner from the Théâtre Edouard VII is Harry’s New York Bar, yet another hub of influential artists and intellectuals of the past. The bar is located at 5, Rue Daunou, between the Avenue de l'Opéra and the Rue de la Paix. The famous American jockey Ted Sloan bought the bar in 1911, and hoped to use his fame to attract other up and coming American expatriates in Paris. The bar only became famous, though, after the barman Harry bought it in the 1950s. Celebrities of the time like Earnest Hemingway, Coco Chanel and Sinclair Lewis were known to frequent this typical New York Style hot spot. A cocktail in this swanky bar before or after a show with Theatre in Paris at the Théâtre Edouard VII is sure to be the star-studded Parisian night out of your dreams!

From King Edward to Orson Welles; Picasso to Eartha Kitt: the theatre of the 1900s' most influential people

Originally a cinéma, this theatre was built for King Edward the 7th to celebrate sharing English and French culture. Therefore, many anglophone films and plays were put on here. Today, modern French dramas and comedies are subtitled in English, such as Hello my name is, a hilarious modern comedy and returning Parisian favourite.

Once you enter into the salle, you’ll see that you’re  in a truly one-of-a-kind space. Typical French theatres are rectangular with open space from floor to ceiling and balconies stacked one on top of the other along the edges, but the Théâtre Edouard VII is in the traditional English-style; it's what the French like to call a "théâtre à l’anglaise" with its balconies extending directly over the orchestra seating. Orson Welles performed in this theatre for two months in 1950, starring in a play called The Lobster. Rumour has it that his ghost haunts the halls of this venue to this very day! Other notable performers and visitors to this venue include Pablo Picasso, Eartha Kitt, and even Meryl Streep!

The Théâtre Edouard VII is in Paris 9th arrondissement, a breathtaking district that was kept vibrant by time and money spent there by Edward the 7th in various théâtres, cafés, and even a few “maisons closes” in the late 1800s. 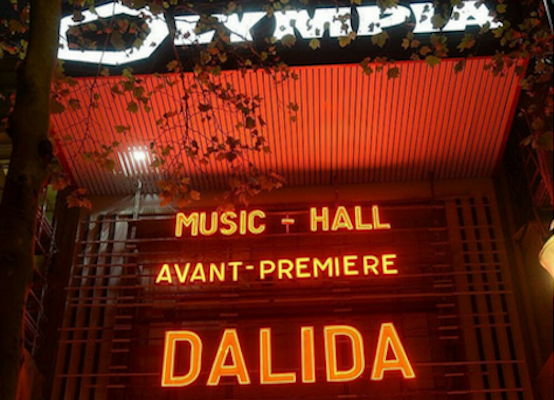 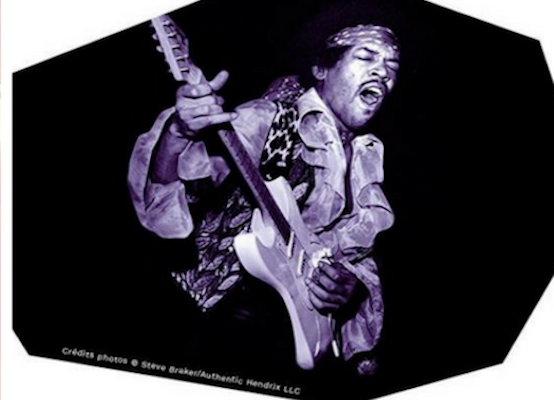 From Josephine Baker to Johnny Hallyday, David Bowie to the Beatles, the Olympia de Paris

This famed concert hall was created by the co-founders of the Moulin Rouge itself. While it’s not home to French shows with English subtitles, it was, however, stage to the most famous artists of the 20th Century, including Edith Piaf and Yves Montand (one of Marilyn Monroe's various lovers), the recently late Johnny Hallyday, Josephine Baker, and even the Beatles and David Bowie! More recently, performers such as Lana Del Rey, the Arctic Monkeys, Nora Jones, James Brown (just to name a few) have graced the stage of this spectacular venue.

A musical night with Edith Piaf

Edith Piaf, the voice of France. The next best thing to meeting the actual superstar songstress who left us far too early (1916-1953)  is this intimate concert-musical, which tells her risqué life story in between powerful ballads, sung by rock star from The Voice Karoline Rose. This show is subtitled by yours truly, and is such a great show that some of our Anglophone team members have even seen it three times! One thing’s for sure: you’ll leave not only understanding what Piaf’s songs were all about, but also with her timeless tunes stuck in your head for days, for better or for worse. This hit musical has been performed at the Théâtre Trévise and the Théâtre Lucernaire in Paris, stay tuned for its triumphant return to the City of Lights!

The funniest woman in Paris: Oh My God, She’s Parisian

After tragic life changing events made her realize life was too short for legal jargon, posh as ever Parisienne Julie Collas changed paths to become Paris' only one-woman show performer. This short but sweet play is in English, and playing in an intimate venue located near République.

In one hour, a day-in-the-frenzied-life of a Parisienne will have you recognizing many familiar faces, from the French president himself to the elusive waiter, a random rude Parisian and that person on the Paris subway or the "métro" that just makes you scratch your head. The City of Lights will no longer hold any mysteries after Julie is done revealing her comings and goings in this wonderfully chaotic oh so Parisian show.