In 1637, Cardinal Richelieu had a theatre built in one of the buildings of the Palais Royal. Named Théâtre Beaujolais, it was used by Molière's troupe. When the latter died, his collaborator, Jean-Baptiste Lully, transformed it into a music academy and it was in this theatre that, in 1735, the first performance of the opera-ballet Les Indes Galantes took place. Victim of two fires, the theatre was rebuilt several times and bought in 1787 by Mademoiselle Montansier. She welcomed many Italian operas and the theatre had a number of different names: Théâtre Montansier, Théâtre de la Montagne, Théâtre du Péristyle du Jardin Égalité, etc.

After the ban came the successes...

In 1807, a decree limited the number of theatres in Paris to 8. The proximity of the theatre to the Comédie-Française forced Mademoiselle Montansier to settle at the Théâtre des Variétés. During the ban, comedies were prohibited and the theatre was used for acrobats and dog shows. After the July Revolution of 1830, the actor Dormeuil had the theatre completely rebuilt: the Théâtre du Palais-Royal as we know it today was inaugurated in 1831. Eugène Labiche and Georges Feydeau's first successes took place on the stage of the theatre: Un Fil à la Patte, Le Système Ribadier and The Italian Straw Hat. The theatre then hosted vaudevilles and operettas under the baton of Hervé, known as the father of the operetta. It is also at the Théâtre du Palais-Royal that many works by Jacques Offenbach saw the light of day, including the opera-bouffe La Vie Parisienne.

A theatre dedicated to French culture

In 1880, the architect Paul Sédille redecorated the auditorium with gilding and red velvet and added to the exterior of the building, the emergency exits were covered with mosaic, which make the facade of the theatre so charming. Ever since that date, the greatest figures of French theatre have taken turns on the stage: Mistinguett, Tristan Bernard, Zizi Jeanmaire, Jean Marais, Louis de Funès, Raymond Devos etc ... In 1989, François Lemonnier, Francis Nani, and Christian Azzopardi took over the direction of the building. Since then, the best contemporary French plays have run alongside Feydeau's farces. The Théâtre du Palais-Royal has become one of the essential places for French theatrical creation. 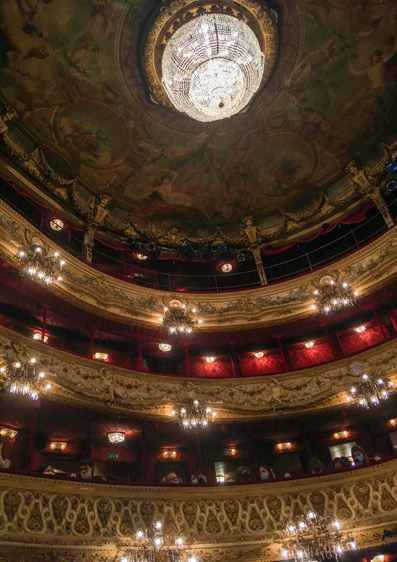 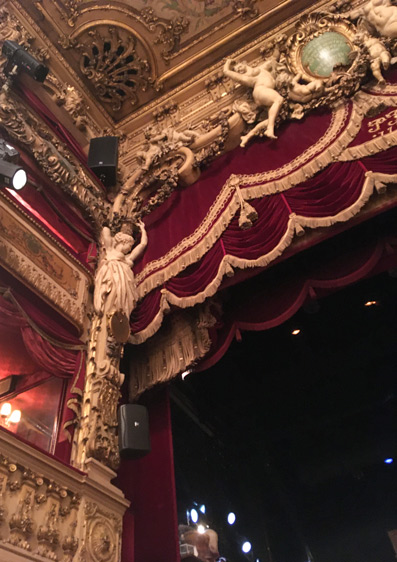 The play that traces the incredible life of Alan Turing, decoder of the Enigma machine, is back on stage after winning 4 Molières!
from 28 €