Inaugurated in 1921 this stunning theatre was designed to impress. Théâtre Daunou was arranged to be constructed by actress Jane Renouardt, one of the most famous stars in silent cinema from the late 1900s. Internally adorned all over with a unique blue Lanvin color, Art- Déco style, and gold daisies decorating the entire room. The idea of this unique blueprint was completely inspired by designer Jeanne Lanvin who was the actress’s best friend and Armand Rateau.

With a change in ownership by René Sancelme in 1939, a couple years later Théâtre Daunou sadly became affected by a fire outbreak in 1971. The theatre had to then be remodeled in 1973 after being destroyed. During this time the Parisian theatre was known for hosting comedy performances. Presently the prestigious theatre which is a classic representation of the roaring 20s is directed by Denise Petitdier. Without losing its title as the image of all things comedy, Théâtre Daunou also displays an assortment of programs consisting of contemporary art forms. Throughout the years some of the greatest names in theatre have performed in this location and until this day the perfectly situated theatre in the 1st arrondissement is still prominent within the theatrical environment. Inviting all audience members from French to Non- French speakers, the theatre offers show options for everyone in the crowd. 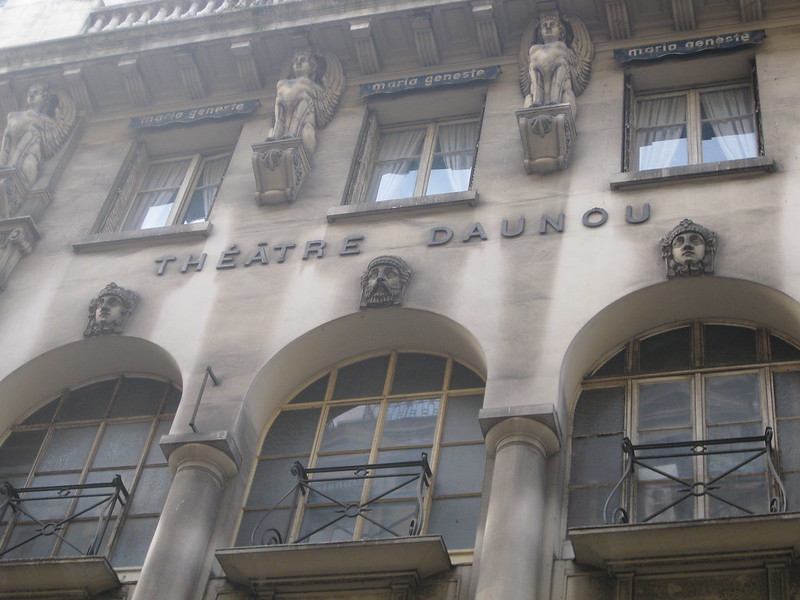 Born in the streets, raised in a brothel, made for the stage: Discover Edith Piaf's earthy, powerful songs, and her scandalous life story.
from 21 €

Born in the streets, raised in a brothel, made for the stage: Discover Edith Piaf's earthy, powerful songs, and her scandalous life story.
from 20 €