The Théâtre Antoine opened its doors in the 1860s and throughout its early days underwent various name changes and managers, before welcoming André Antoine at the turn of the century and officially claiming it's name. Antoine's vision was a liberty of expression as had never been permitted before, !allowing his troupe of actors a freedom fo expression that turned the venue into a true laboratory of creativity. André Antoine is to this day considered the inventor of modern staging in France. His aproach focused on liberty of expression revolutionised French theatre and opened the door to appreciate many international authors and playwrights. From acting methods and staging, to an appreciation for new global talent, Antoine's contributions didn't stop there; he was also the first to insist that the audience lighting be turned off during a performance in order to focus attention on the stage!

The theatre changed hands multiple times throughout the early 20th century and underwent various renovations, making it the first Parisian theatre to have a rotating stage. From the 1940s until very recently, the Théâtre Antoine has been under female direction, beginning first with the actress Simone Berriau, followed by her daughter. At the start of Berriau's leadership, the Théâtre Antoine was facing threats of closure due to lack of finances, yet she managed to save the Parisian staple beginning with a tribute series to Jean-Paul Sartre, a figure who would become very important to the history of the venue. Officially considered a historical monument since 1989, this Parisian venue boasts impeccable Italian architecture. Complete with stained glass windows, Drian wall fresos, and a Napoleonic decor throughout, patrons can enjoy a drink at the chic bar before or after the show. With a show program varying from classic to contemporary, the Théâtre Antoine maintains the mission of André Antoine, highlighting a liberty of expression, embracing both celebrated classics and new modern interpretations. 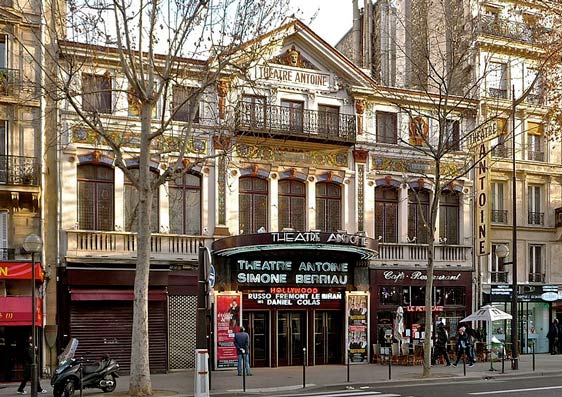 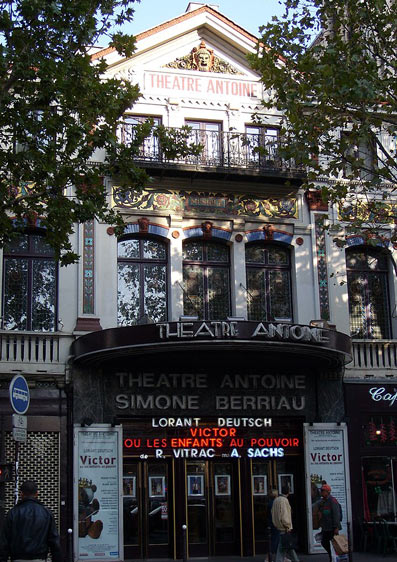 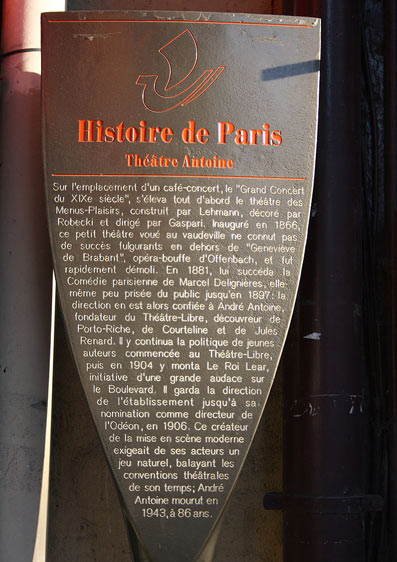 You are cordially invited to a delirious evening among the deliciously frivolous of high society, dive into the absurdity of aristocracy!
from 24 €