The imposing Madeleine Church, located in the 8th arrondissement of Paris, gave its name to this district of Paris. It is built in perspective of the Palais Bourbon (building that houses the National Assembly), which it faces on the other side of the Place de la Concorde.

In 1757, Louis XV ordered the construction of a new Madeleine Church, but following the Revolution, the work remained on hold. Then, in 1806, Napoleon I decided to build a temple to the glory of the soldiers of the Grande Armée. He imposed the architect Pierre-Alexandre Vignon who razed the old church but kept its columns. He proposed a building reminiscent of Greek temples, with more than 50 Corinthian columns surrounding it. Unfortunately, the construction posed problems to the State and its construction is neglected in favour of the Arc de Triomphe. The Madeleine Church was returned to Catholic worship and the church was inaugurated in 1842 - its construction took 85 years! In 1846, the church welcomed the great organ of Cavaillé-Coll and many organists succeeded one another at the keyboards of the instrument: Camille Saint-Saëns, Gabriel Fauré, etc. It is at the Madeleine Church that the funerals of famous artists such as Frédéric Chopin, Jacques Offenbach, Edith Piaf, Joséphine Baker and more recently Johnny Hallyday have been held. Since its construction, the church has become a hotstop for classical music concerts. 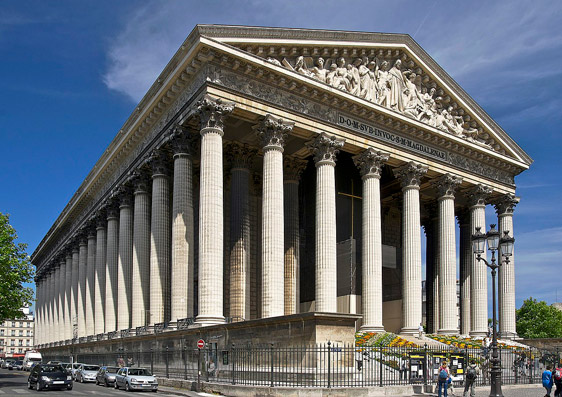 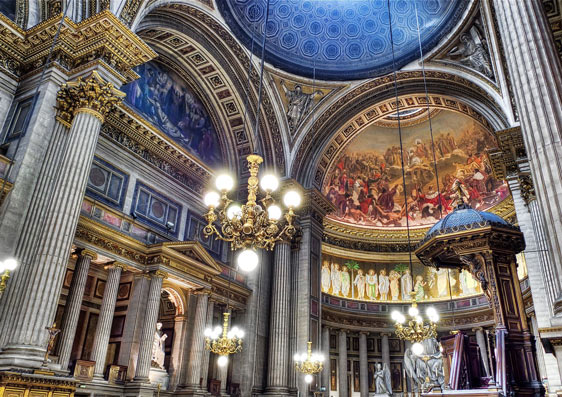 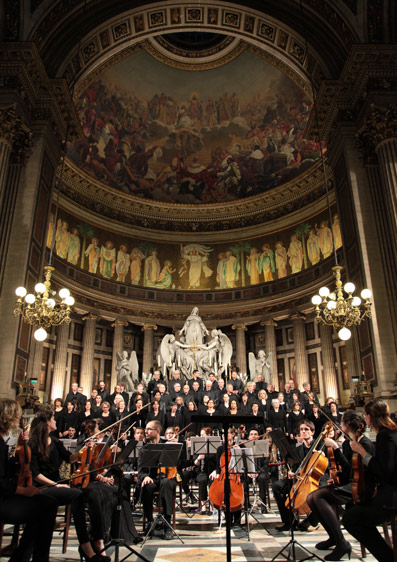