Choose your date From 40€/person

Concert
Recommended for all ages
No dialogue, or in German subtitled in English and French

Orchestras and ensembles from all over the world are bringing elegance and virtuosity of music to the splendid Théâtre des Champs-Elysées. You will have a chance to hear the most beautiful oratorios and operas in concert version which were created during the period between the 17th century and the present day. Famous works will be performed including the German Requiem by Brahms, the Stabat Mater by Pergolesi as well as Te Deum by Charpentier and the opera Capriccio by Richard Strauss. Treat yourself with an amazing evening surrounded by the pleasurable sound.

This oratorios series will bring back to life the magnificent works of well-known composers such as Bach and Brahms. Talented musicians including Matthias Goerne, Emőke Baráth and Mark Padmore will play music under the lead of famous conductors such as Christian Thielemann, Emmannuelle Haïm or Jean-Christophe Spinosi. The exquisite sound of classical music will sublime the hall of the Théâtre des Champs-Elysées and grant you with an exceptional musical moment.

Thursday, March 18, 2021 at 7:30 p.m.
Passion according to Saint Matthew by Johann Sebastian Bach
Concert sung in German, subtitled in French and English

Thursday March 25, 2021 at 8 p.m.
Passion according to Saint John by Johann Sebastian Bach
Concert sung in German, subtitled in French

Friday April 2, 2021 at 8 p.m.
Coronation Mass by Wolfgang Amadeus Mozart
In the first part of the program: Symphony n ° 82 "The Bear" by Haydn, Introduction of Miserere by Zelenka, Ave verum corpus K. 618 by Mozart

Monday 3 May, 2021 at 8 p.m.
Magnificat of Johann Sebastian Bach
In the first part of the program: Bach, Handel, Vivaldi Extracts of vocal pieces by young singers and breakdancers participating in the program "Mozart in the 6T"

Tuesday May 11, 2021 7:30 p.m.
Capriccio by Richard Strauss
Opera sung in German, subtitled in French and English

Hosting one of the most lavishing concert halls in all of Paris, Champs- Élysées is the true definition of architectural beauty with its historic foundation. Inaugurated in April 2, 1913, the structure is quite large comprising of three auditoriums: Théâtre des Champs- Élysées, The Comédie des Champs- Élysées, Studio des Champs- Élysées, and a restaurant. The main theatre which has 1905 seats is Italian styled originally constructed to host guests visiting the theatre to watch opera shows and concerts. This was the first theatre in Paris to be built completely from reinforced concrete instead of steel.

Over the years the famed theatre has hosted many recognized artists such as the beautiful cabaret dancer Josephine Baker, Louis Armstrong, Ella Fitzgerald, Oscar Peterson, Stravinsky, Richard Strauss and many other entertainers from our cherished olden day era. In 2005 the main room in the theatre was renovated in order to improve the acoustics, it is confirmed that during a show the sounds are very clear, almost as if you were up close to the stage. Théâtre des Champs- Élysées is one of the most frequently visited monuments in Paris, on an annual basis more than 300,000 people attend programs from contemporary dance and ballet recitals to orchestras, operas, and other concerts. Carrying a number of diverse performances of different genres, the theatre attracts audience members of all ages. 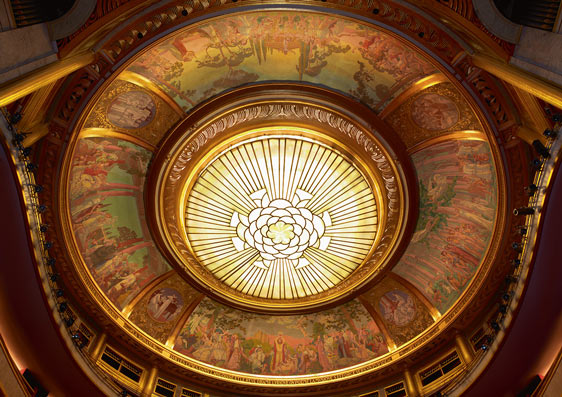 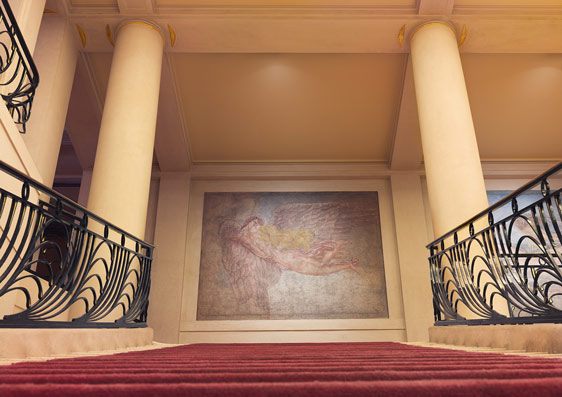 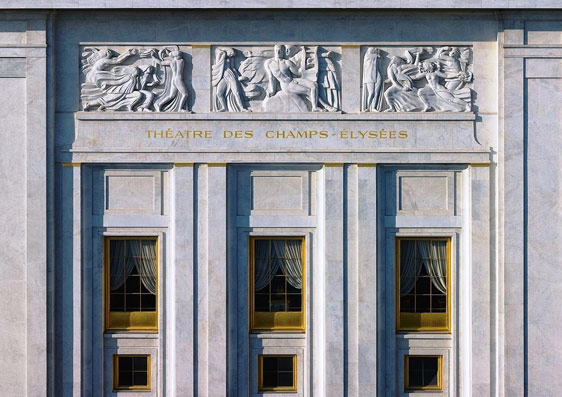 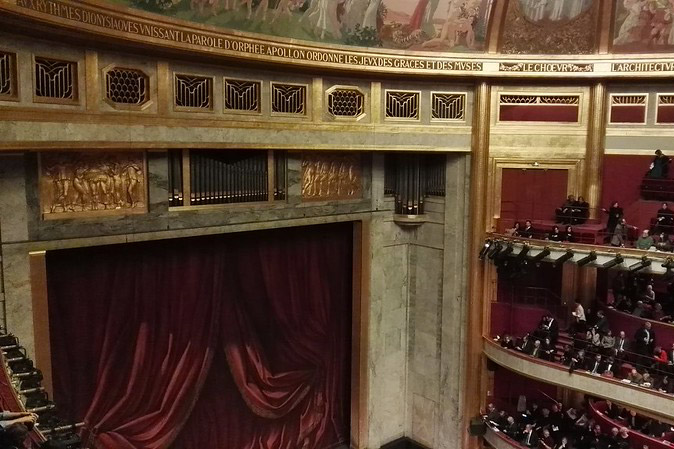 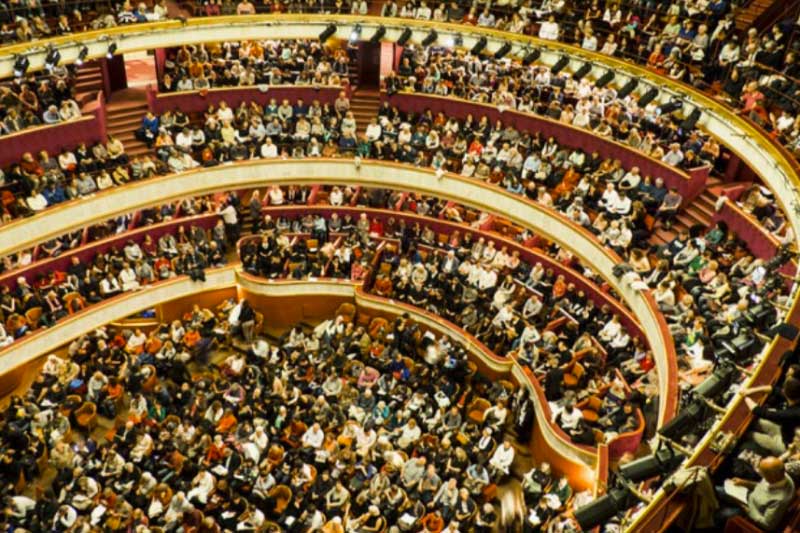 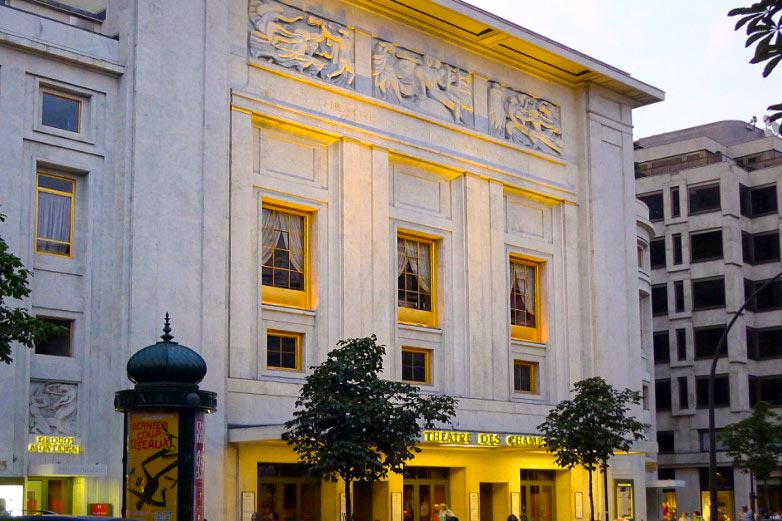 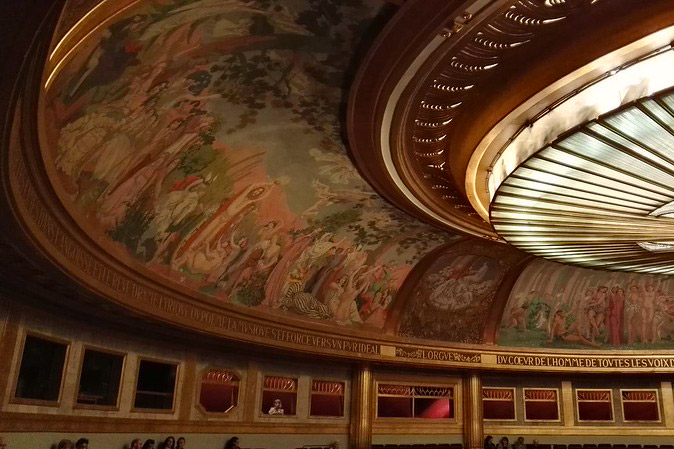 How to get to the Théâtre des Champs-Elysées?

What should I do when I arrive there?

We recommend that you arrive at least 15 minutes before the start of the show. Show your ticket at reception and the staff will take care of you.

Is it mandatory to tip an usher?

Each spectator is greeted in the hall by an usher who will lead them to the seat. According to custom at the Théâtre des Champs-Elysées, ushers may request a tip which you may grant if you wish. It is by no means mandatory.

No, there is no specific dress code, however, proper attire is always appreciated.