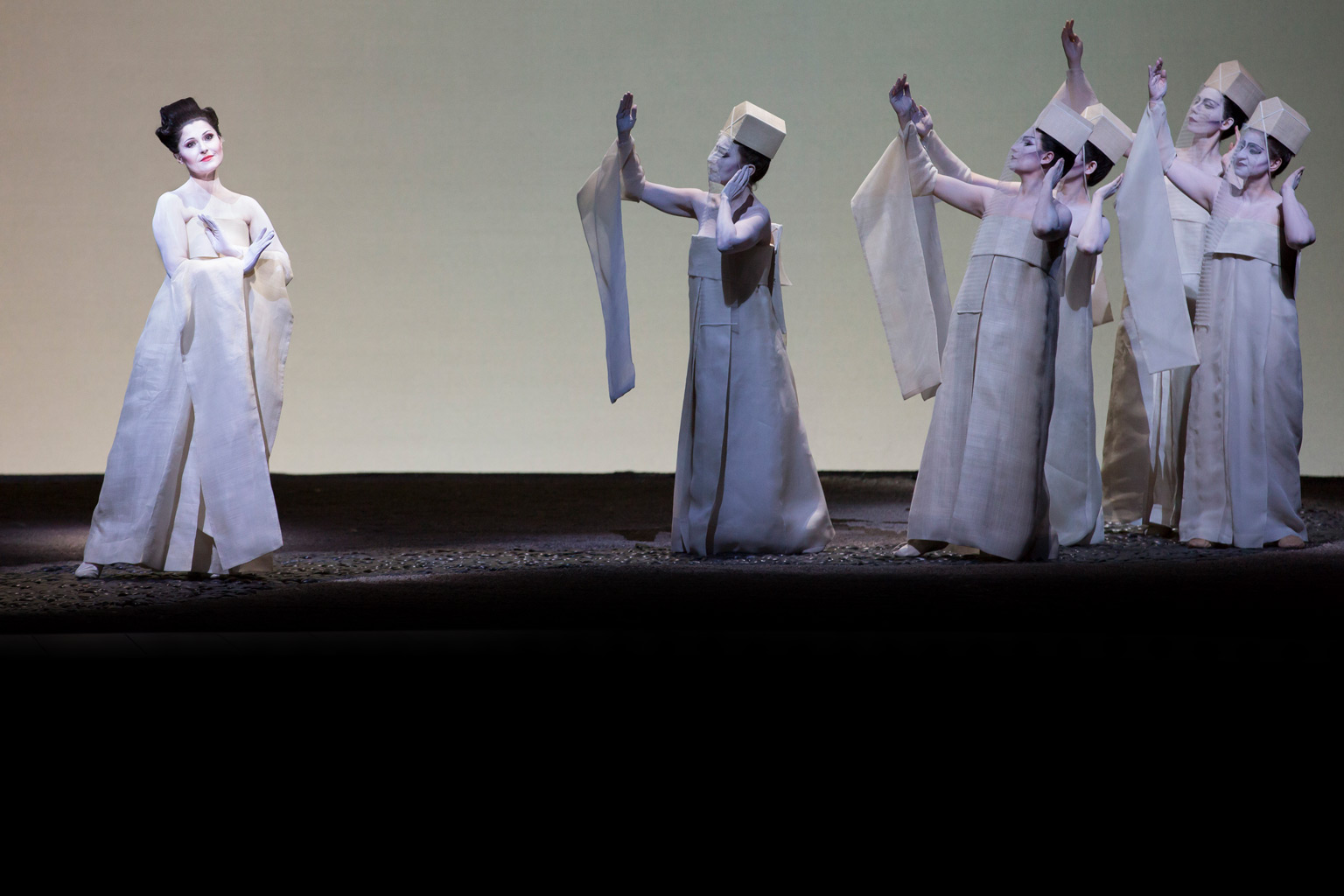 Choose your date From 98€/person 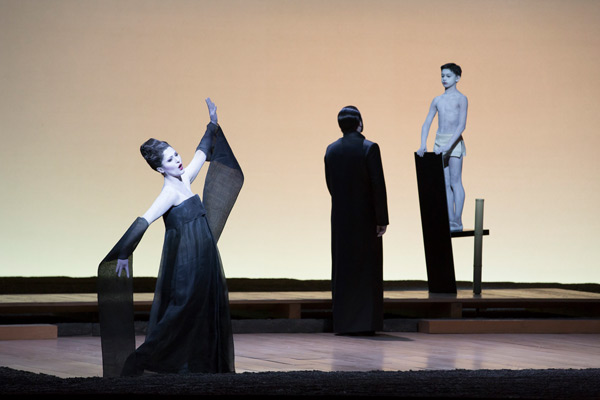 French with French and English subtitles 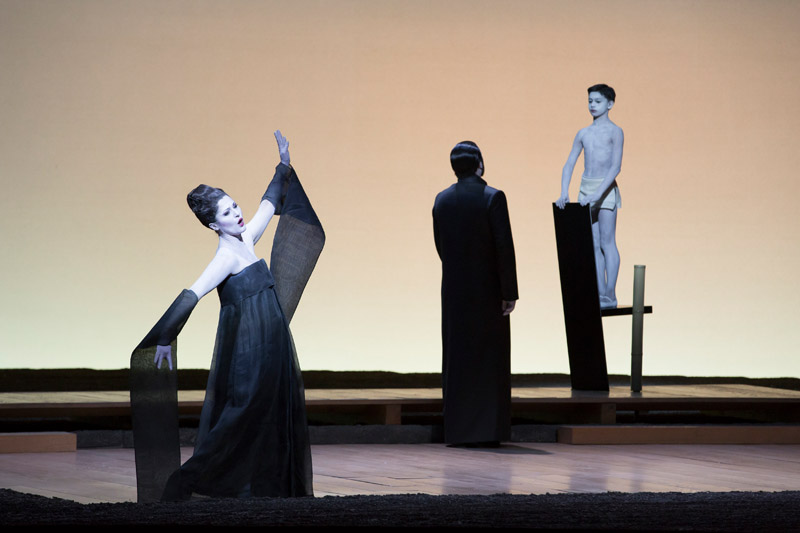 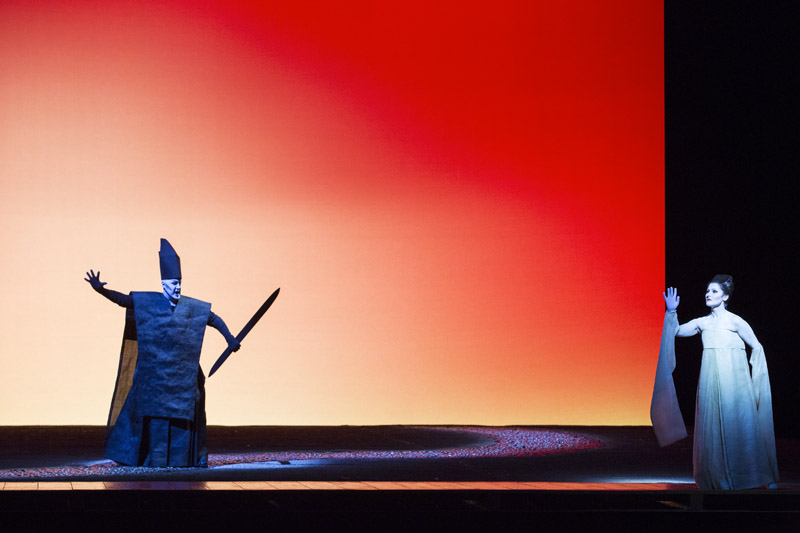 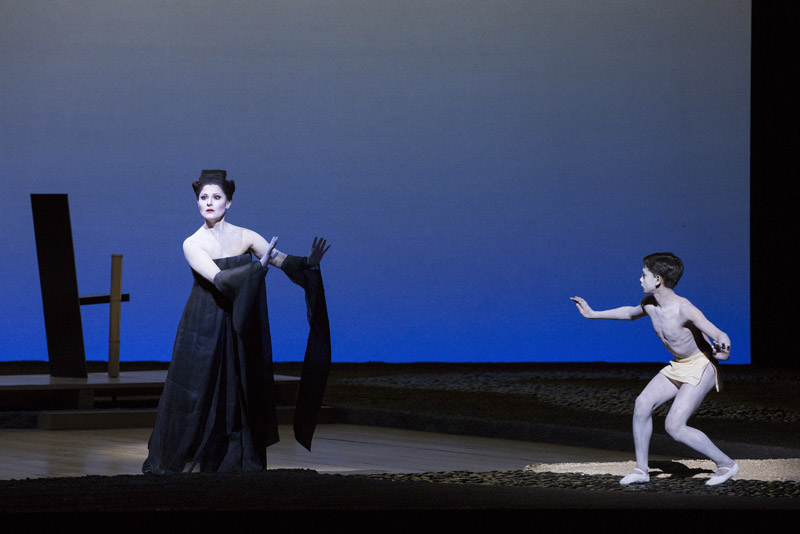 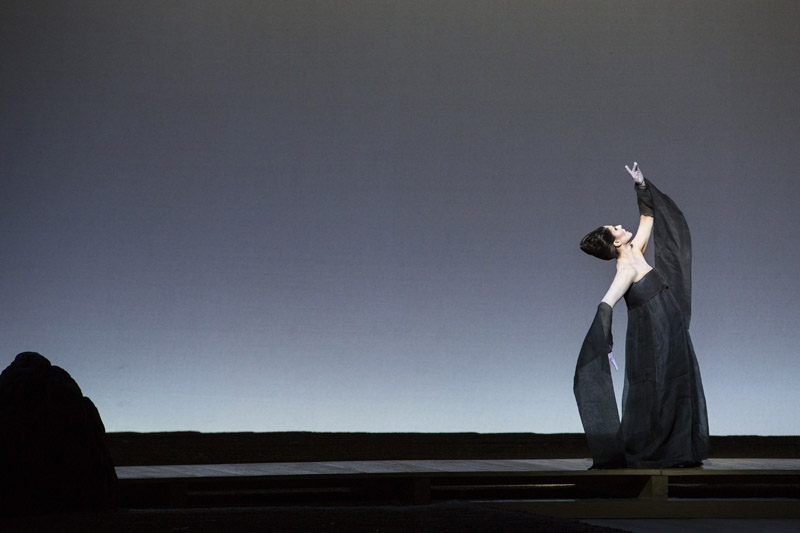 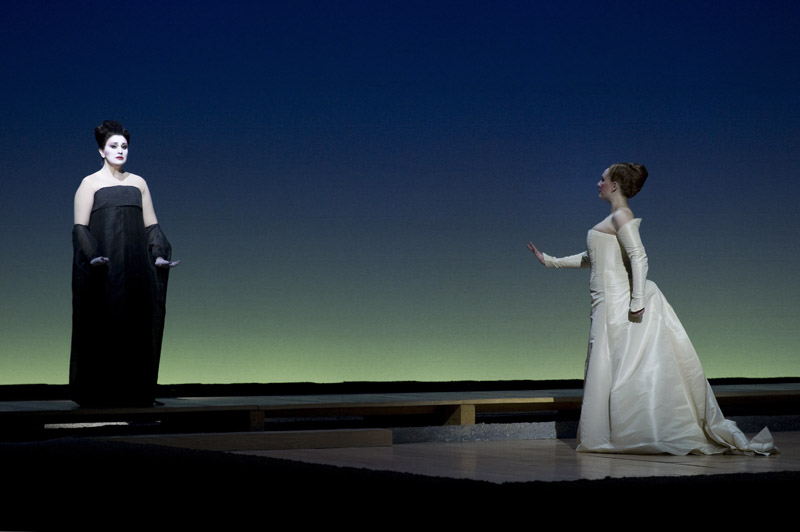 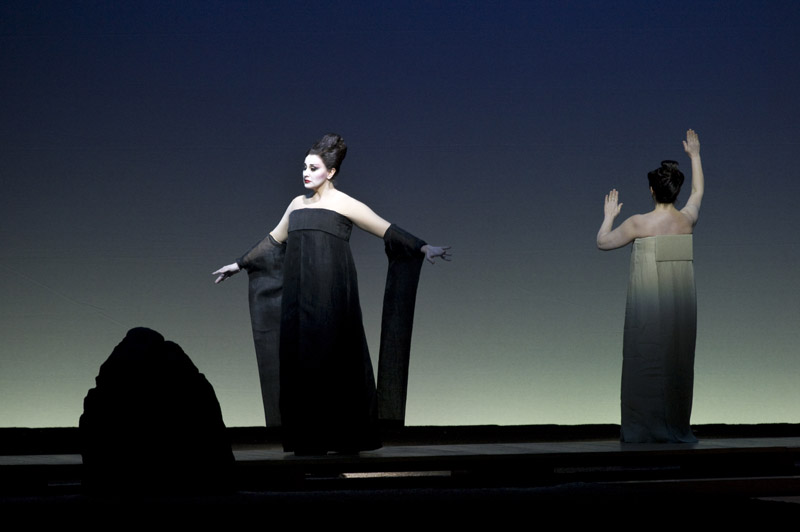 In this opera laced in Japanese charm based on a short novel by John Luther Long, two worlds collide in dramatic intensity.

Endulge in the Theatre in Paris Deluxe Opéra Package, including a show programme, a glass of champagne upon arrival at the venue, and exclusive access to the Opéra Bastille's beautiful Salon Berlioz, reserved for primary ticket holders.

For his Madame Chrysanthème, Pierre Loti drew on memories of his own visit to Japan in 1885. When composing Madama Butterfly, Giacomo Puccini was inspired by the popular melodies and sonorities of Japanese voices. However, in the literary work, as in the opera, the heroine remains the same: Kiku-san or Cio‑Cio‑san, a young geisha betrayed by her western husband, the symbol of the meeting of two different worlds. Robert Wilson’s ethereal production espouses to perfection the dramatic intensity and underlying violence of this thoroughly Japanese tragedy.

Designed by Uruguayan architect Carlos Ott, the building was commissioned by French President François Mitterrand and inaugurated in 1989. For years many had lamented the lack of a modern venue in Paris capable of welcoming modern concerts and performances with different acoustic approaches, and the flexibility that a modulable venue lends.  A movement started in the 1960s called for a larger new venue in Paris that would appeal to the masses, a modern compliment to the elaborate Palais Garnier. Just over 100 years after the inauguration of the Palais Garnier, the demands finally won over the newly-elected President Mitterrand, who supported the project as the headliner among many modern works launched during his term. Selecting the popular Bastille neighbourhood for its ease of accessibility from Paris and the surrounding areas, the old Bastille Train Station was destroyed to make way for the construction of the new venue. The building was complete just in time for the bicentary of the French Revolution.

The venue has undergone many changes in direction resulting from varying political affiliations, and has undergone major renovations since its construction to repair and to soundproof the entire structure. Unlike other auditorium designs, each and every seat at the Opéra Bastille guarantees an unrestricted view of the stage. With its white glass ceiling, crisp grey compliments, and black seating adorned with rich oak, the venue is an ode to modernity and simplistic design. From the exterior, made of blue granite from Brittany and blocks of glass, light is reflected from every corner of this angular venue.

The theatre is accessible by the metro station Bastille (Lines 1, 5, and 8). Our hotline can be reached in case of difficulty finding the theatre weekdays from 10 am to 7pm Paris time. For details, we invite you to consult the map above.

We invite you to arrive 20 minutes before the beginning of the show, and present your voucher at the front desk. The theatre's English-speaking staff members will guide you to your seats. Please note that the performances at the Opéra Bastille begin precisely on time, and all late arrivals will not be permitted to enter the auditorium until intermission.

The show lasts two hours and forty-five minutes, including one intermission.

Both! The Opéra Bastille has been welcoming audiences from all over the world for 30 years. This legendary opera performance is sung in its original language, and subtitles in both French and English are provided for audiences to appreciate in one of France’s most iconic venues.

Surtitles (also called supertitles) are the theatre equivalent of subtitles. That’s because in French “sur” means “above”. At the Opéra Bastille, the text is projected both on the sides of the auditorium, and centrally directly above the stage. Read more about surtitles here.

A dedicated show programme, a complimentary glass of champagne, and exclusive access to the beautiful Salon Berlioz is included with your tickets.

At the Opéra Bastille, you can collect your included show programme in the main store, at the programme stand in the entry hall, or at the various programme stands on the ground, 2nd, and 4th floors.

You can choose to enjoy your champagne or desired beverage before the performance or during intermission at any of the public bars or in the exclusive Salon Berlioz. The Salon is located on the first floor on the right-hand side when entering the building, accessible by elevators or stairs.