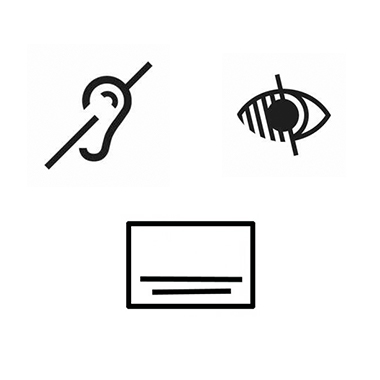 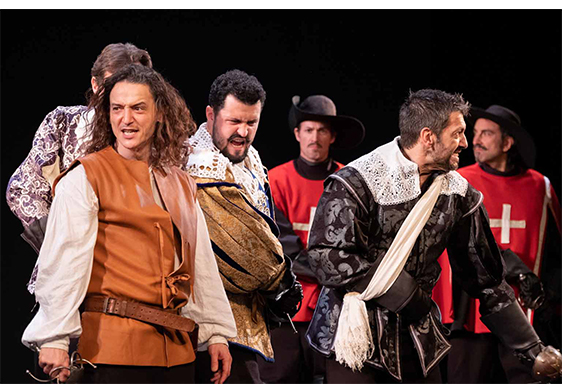 Don't miss this exciting show, perfect for lovers of classical theatre made modern!

The penniless young D'Artagnan decides to go to Paris to serve the king. He soon befriends Athos, Porthos, and Aramis, musketeers of the king and rivals of Cardinal de Richelieu's guards. Together, they will save the Queen of Austria’s honour. But when love comes calling, the brave musketeers will have to redouble their efforts to defend their country's honour and that of the women they love.

Come discover this incredible story of love and courage, led by heroes who are human above all else. Now playing in the theatre Le Ranelagh, The Three Musketeers is a classic that has stood the test of time!

Step into the grand auditorium of the theater Le Ranelagh, and prepare to be wowed by the ornate carved oak panelling adorning the orchestra and balconies, as well as the intricately decorated ceiling. Looking around you it’s not hard to believe that this building is listed as one of Paris’ 'historical monuments'…

The theater Le Ranelagh is tucked away in the heart of Paris’ 16th arrondissement, a few paces away from the Eiffel tower on one side, and the bois de Boulogne on the other. It is built on the site of the old Château de Boulainvilliers, the estate was at the time right outside the city and covered 8 hectares (almost 12 football fields!). The theatre itself is rich in history and over 120 years old, after being converted to replace the chateau's music room by the landowner of the time into his own private venue where he could invite all the best-known actors and musicians in Paris to play there for him and his friends. After his death, the entire estate was destroyed to make way for the expanding city of Paris. All, that is, except for the theatre which was miraculously saved, and to this day still stands in its original spot! Don't be fooled by the unassuming exterior, once inside the Théâtre Le Ranelagh you can feast your eyes on its original decor of plush red velvet seating and carved oak paneling throughout.

For a time in the early 1900s, the theatre was used as a cinema, which was incredibly popular. The director of the world famous film Les enfants du paradis loved the theatre, and often programmed the film to be screened there. The cinema tradition still exists at the Ranelagh, and films are still screened there from time to time! In addition to film screenings and a show programme rich with plays by classic French playrights, the Théâtre Le Ranelagh holds puppet shows for younger audiences and other community events.

There are two categories available, each of which provides a comfortable view of the subtitles. The theatre is a French-style auditorium, which means that all seats face the stage, and Theatre in Paris guests are centrally placed in the Balcony to have an optimal view of the stage.

How do I get to the theatre Le Ranelagh ?

How long does the show Les Trois Mousquetaires last?

The show Les Trois Mousquetaires lasts one hour and forty five minutes with no intermission.

In order not to disturb the artists and for the comfort of other spectators, it is forbidden to take pictures during the performance. However, you can take photos of the theatre Le Ranelagh before and after the performance, as a souvenir of your gorgeous evening at the theatre!