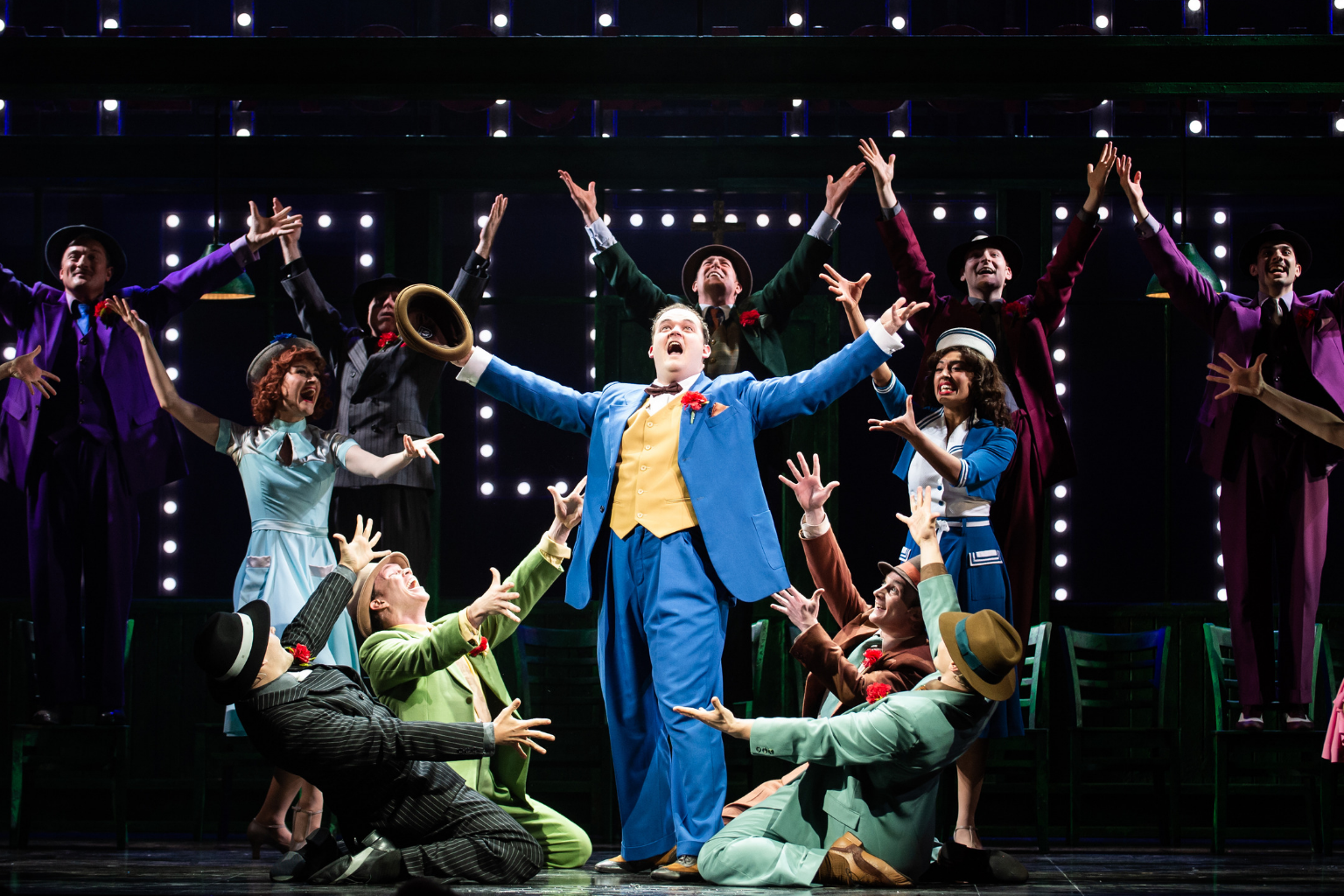 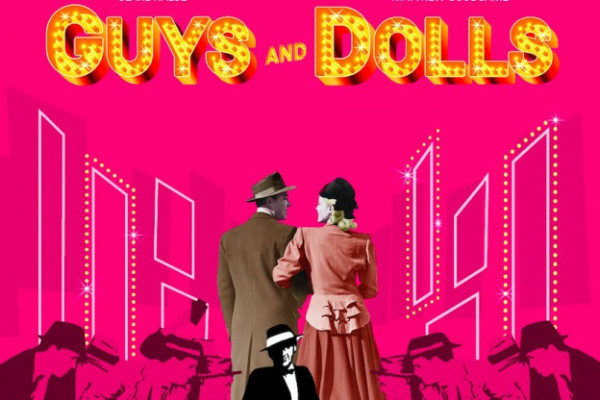 A confrontation of two New York worlds: the corruption of the New York gangsters, and the pure souls of the young Salvation Army missionaries. The heart of Manhattan vibrates throughout this musically charged performance, New York City is both exhillarating and romantic, as well as dangerous!

Based on a story by the American writer Damon Runyon, the famous musical Guys and Dolls tells the tale of a New York hustler, Sky Masterson, who sets out to seduce a prim and proper Salvation Army volunteer, the lovely Sarah Brown. Will the 'bad guy' show his true heart and win over the 'doll' of the Salvation Army orchestra?

Catchy swing tunes and smooth dance moves serve to highlight social problems in 1950s New York in this musical, which has played to full houses ever since its first staging on Broadway. The musical became an international hit after it was adapted into a film in 1955, with Frank Sinatra in the lead role. This Broadway hit has been performed thousands of times and is the winner of 5 Tony Awards. See Guys and Dolls for yourself in one of the most prestigious venues in Paris!

This show is being performed for the first time in France, complete with a live orchestra, entirely in English (French subtitles included).

The troupe was wonderful, 25 dancers, actors, singers, & a live orchestra. The same spirit as the musicals performed at the Théâtre du Chatelet, as it's the same director. Bravo to all!

Romantic comedy and musical, no matter what you call it we had a great time. Funny with the talented artists, as good actors as they are dancers & singers, and not forgetting the choreography, like West Side Story and Dirty Dancing combined!

History and Fun Facts about the Théâtre Marigny

There are three seating categories available. The theatre is an English style auditorium, which means that all seats face the stage in a horseshoe shape. Seats will be automatically allocated by the theatre in the section corresponding to your desired category.

How to I get to the theatre?

The theatre is accessible by the metro stations Franklin Roosevent (Line 9) and Champs-Elysées Clemenceau (Lines 1 & 13). Our hotline can be reached in case of difficulty finding the theatre weekdays from 10 am to 7pm Paris time. For details, we invite you to consult the map above.

Tickets for Guys and Dolls do not include a programme. A programme in French is available for purchase at the theatre.

Both! This production of Guys and Dolls has many new aspects, yet keeps all the charm of the famous American musical, it’s the perfect choice for a famous American musical in one of France’s most iconic venues. Performed entirely in English, French subtitles are provided to ensure local audience members can understand as well.