The beginning of the year 2020 brought numerous incredible shows, concerts, musicals and other cultural events. Unfortunately, the October and December announcements of the lockdown forced Parisian venues to close for a long period of time. Likely the lockdown will not last forever which means that Parisian theatres will reopen their doors once again in 2021.
The year 2021 will mark the comeback of marvelous shows, exhibitions, concerts, ballets and other cultural outings. Our team elaborated the best ideas for theatre outings in January 2021 so you can start the new year on a high note. So, if you are impatient to rediscover Parisian theatre than this article is for you. Together, we have a great opportunity to demonstrate our support for the performing arts by reserving our tickets for the most beautiful Parisian shows. 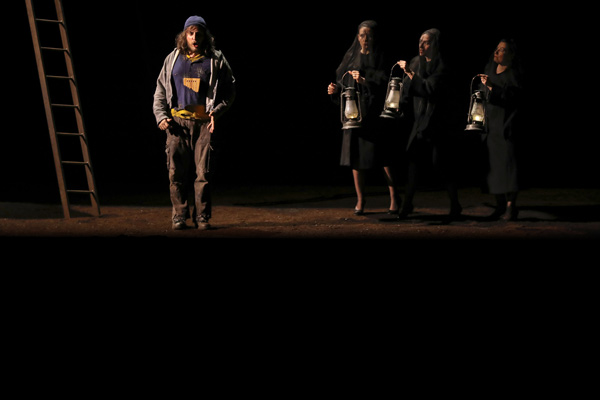 A Magical Opera: The Magic Flute

In 1791, Mozart's last opera, The Magic Flute, was first presented in Vienna. It was an immediate success! Today, 230 years after its creation, this opera continues to please spectators all over the world. Luckily, this January Mozart's opera returns at the Opéra Bastille in the superb production by Robert Carsen. Since 2014, this production has already been seen on several occasions and considered to be a great success, having become a staple of the opera repertoire.
But what is so special about Mozart's Magic Flute opera?
Prince Tamino and bird-catcher Papageno are forced by The Night Queen to rescue her daughter Pamina from the terrible prisoner Sarastro. As soon as sawing Pamina's portrait, Tamino falls in love. To free Pamina, The Queen gives the two men an enchanted flute and a magic chime which will help them during the dangerous conquest. However, during the conquest, they realize that Sarastro is not the terrible tyrant described by the Night Queen. The reason he kidnapped Tamina was to free her the nefarious hold of her mother, The Night Queen. To reach Pamina, they will have to pass three tests where they will have to demonstrate wisdom, courage and strength.
The greatest French singers have come together to perform this opera. From January 12th to 25th Sabine Devieilhe will perform La Reine de La Nuit and will sing the incredible “Air de la Reine de la Nuit”. She will be joined by Nicolas Testé (Sarastro), Julie Fuchs (Pamina), Cyrille Dubois, Stanislas de Barbeyrac (Tamino), Mélissa Petit (Papagena) and many other talented artists. They will sing under the musical direction of Cornelius Meister and in a sober and refined staging by Robert Carsen. The director transports the world of Mozart to nature and offers a reflection of the time and our mortality over it.
This opera would be a fun event for all family. While it appears to be just a children's tale, it manages to evoke powerful emotions. No one can resist the sublime melodies of L’Air de la Reine de la Nuit, Airs by Papageno and the duo “Mann und Weib”.

Book your tickets for the Mozart's The Magic Flute

For more than 45 years, the Théâtre des Champs-Elysées has offered classical music concerts given every Sunday by the greatest international musicians. And for the start of 2021, the programme is incredible! Musicians from 14 to 73 years old, alone or in quintets will perform various repertoires of famous composers such as Bach, Say, Brahms and Poulenc. In January, there are four superb concerts that you may hear on Sunday mornings at 11 a.m. On January 10th, to begin this musical year, cellist Victor Julien-Laferrière and pianist Maxim Emelyanychev will perform sonatas by Poulenc and Brahms as well as melodies by Schumann and Fauré. Then, on January 17th, the star flutist of the Berliner Philharmoniker, Emmanuel Pahud, alongside the illustrious Trevor Pinnock on the harpsichord and Jonathan on the cello, will play Bach's most beautiful sonatas and suites. On January 24th, Turkish pianist and composer Fazıl Say and the Modigliani Quartet will perform piano quintets composed by Schumann and Say himself. Finally, to end the month of January, the young 13-year-old prodigy Alexandra Dovgan, who gave the year behind her first Parisian concert in the same theater, will perform Bach's Partita BWV 826, Schumann's Scenes from the Forest as well as that two works of Chopin.
To find the full concert program,

Book your tickets for the Sunday Morning Concert Series 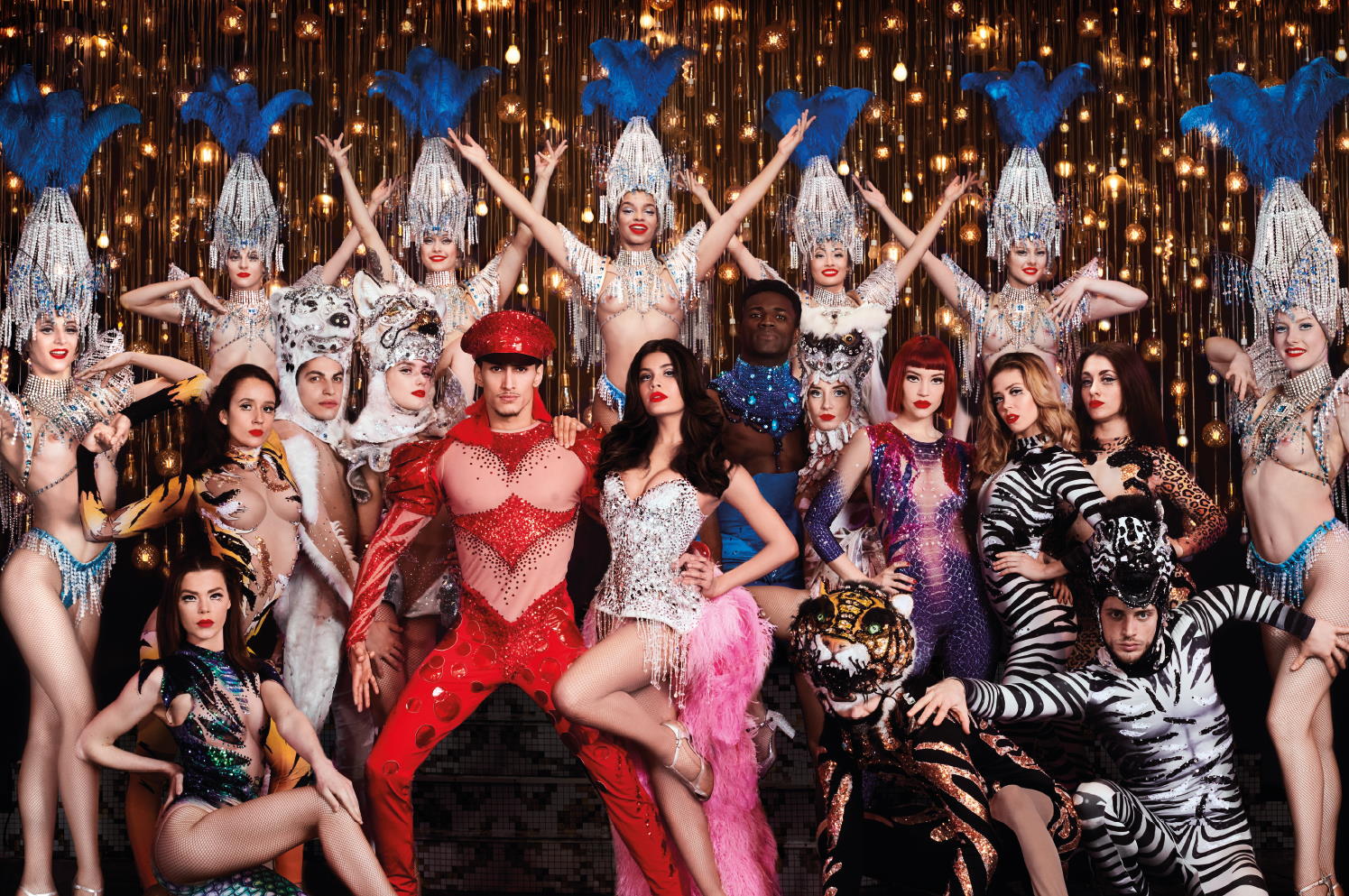 Paradis Latin is one of the oldest Parisian cabarets, built by the famous architect Gustave Eiffel over 130 years ago. The legendary cabaret house will be back starting from Thursday, December 17th. Make a deep breath and plunge into the world of Parisian cabaret with a show called L'Oiseau Paradis, which was created in 2019 to mark the 130th anniversary of the cabaret, an unforgettable experience with a perfectly balanced combination of humor, choreography, singing and acting. Through choreography, acrobatics and impressive play of projections and screens, many talented artists breathe new life into the cabaret genre and its famous French Cancan. Amazing sound, sublime costumes and decorations promise you a superb adventure. It’s a fabulous way to enjoy dinner or a glass of champagne and spend an unforgettable evening, filled with magic and humor!

Book your tickets for the Paradis Latin cabaret show 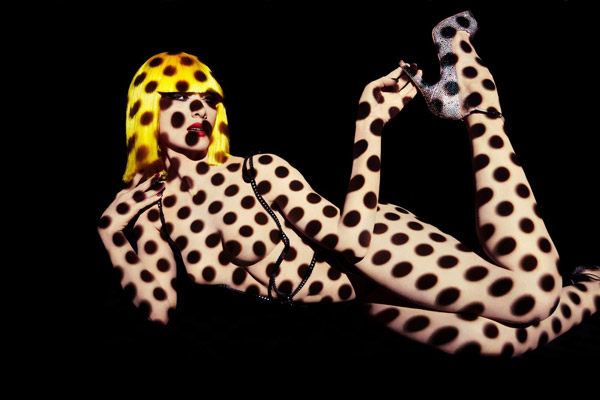 Enjoy the Reopening Of the Notorious Crazy Horse Cabaret House

Just a few steps from the Champs-Elysées, one of the most famous Parisian cabaret houses is located. Inspired by the sparkling shows of Las Vegas, in 1951 Alain Bernard opened the new cabaret called Crazy Horse. It soon became one of the most glamorous places in Paris thanks to its incredible show programme and beautiful dancers known as the Crazy Girls. Every evening, the Crazy Girls bring to life the Totally Crazy show, which includes the greatest Crazy Horse creations such as the “Striptease moi”, “Rougir de desire” and “God Save our Bareskin”. During the one hour and thirty minutes performance, you will travel through 65 years of Crazy Horse history. You will experience an esthetically rich sensuality and an impeccable approach to performance.
To celebrate this new year, let yourself be tempted by our premium offers and turn your evening at Crazy Horse into a totally crazy evening. Treat yourself with some exquisite Crazy Horse Champagne, VIP seating, a delicious dinner in the most famous restaurants of the cabaret neighborhood or even a private backstage tour with one of the dancers. You will have a chance to visit rooms that are usually closed for the general public. After the tour you will attend an incredible totally Crazy show from VIP seats while sipping a glass of exquisite champagne from Cuvée Crazy!

Book your tickets for the Crazy Horse Cabaret Show

The black & white exhibition: your last chance to visit the grand palais before 2025!

In just over a century, the Grand Palais has established itself as an essential place for the French cultural heritage. Built in 1900 for the Universal Exhibition, the monument is an architectural symbol of the Belle Époque. Its size of77,000 m2 and its remarkable architecture make this historic monument an exceptional Parisian site. With its prestigious exhibitions and art fairs, the Grand Palais welcomes more than two million visitors each year.
In January you would be able to enjoy the exhibition Noir & Blanc which features the aesthetic of photography. The Exhibition will take place in one of the galleries of Grand Palais called La Galerie Sud-Est. It features photos from the collection of the National Library of France. While color photography developed in the middle of the 20th century, black and white photography remained popular. It is considered an artistic bias, especially by avant-garde artists who play to its potential and for whom it represents a pledge of artistic and poetic excellence. This superb exhibition offers more than 300 photos by artists such as Nadar, Man Ray, Helmut Newton, Brassaï or Cartier Bresson, representing portraits and still life as well as superb photographs of Paris.
The Black & White exhibition will be your last chance to see an exhibition at the Grand Palais before 2025! The Grand Palais will be closed for reconstructions for three years in order to restore a large part of its structure. Reconstruction will also bring the building up to safety standards, which will make it possible to use many exhibition spaces which are currently closed. In 2024, the Grand Palais will reopen its doors to host the Olympic and Paralympic Games before welcoming general public visitors in 2025. During these years of work, the Grand Palais will move all of its scheduled exhibitions to the Champ-de-Mars. There is only one month left to enjoy the superb architecture of the Grand Palais, its fabulous Black & White exhibition as well as the museum shop which offers superb earrings, mugs, books from the Noir & Blanc exhibition. For more information and to book your tickets, click here.