The Best Apps for Visiting Paris

We love to think of Paris as the world’s quaintest capital: all cobbled streets, creaking shutters, and buildings that haven’t seen a renovation since their Haussmannian heyday. But that doesn’t mean you have to time travel back to the 19th Century to make the most of the city’s rustic charm – nowadays there’s an app for that. Whether you’re looking for the nearest public toilet, a more affordable steak frites, or just to lose yourself down a Parisian side street, the App Store has a long list of gadgets to guide you on your way. We’ve cherry-picked some must-download applications to help you tap into the magic of the City of Lights...

Paris boasts one of the most efficient transport systems in the world – but with over 300 stops on the Metro alone, navigating it isn’t always a stroll in the jardin. Citymapper is by far our favourite of the various available travel tools: unlike Google Maps it factors in real-time information, so that delays or closures don’t tend to affect the accuracy of travel estimates. Bus, taxi, and Uber are all covered and the walking option even comes with a novelty calorie counter converting your weight-loss into its equivalent in French gastronomy (a bottle of red wine for a trans-city trek vs. half a slice of brie after your trip to the boulangerie). Citymapper also includes a map of cycle routes and docking points for Paris’ public bicycle network, Vélib, though you’ll need to download the service’s own app to make the most of the bikes. 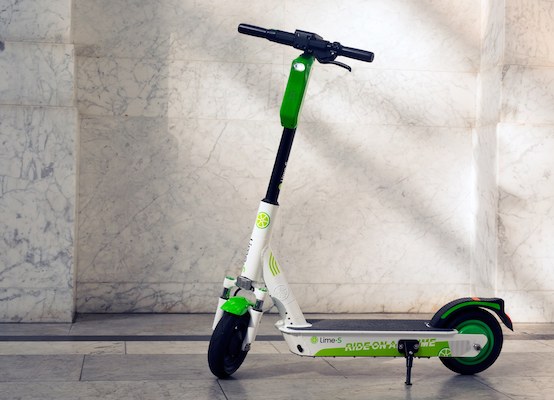 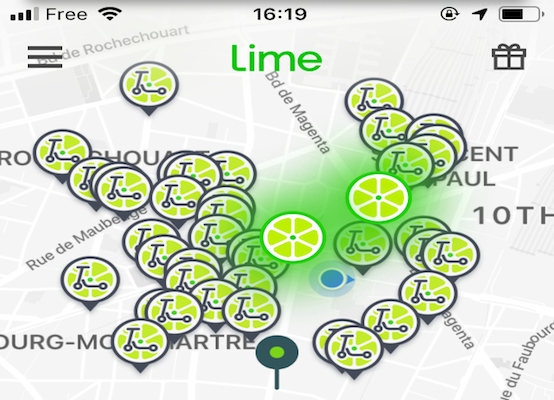 Vélib has been a fixture on the streets of Paris for years, but nowadays you’re more likely to see residents whizzing by on scooters than bikes. Since the arrival of its first batch in June 2018, the French capital has seen an explosion of app-operated electric scooters (trottinettes to the locals). Amongst the eight rival operators now distributing their two-wheelers across the city, it’s a battle of flashy colours and punchy titles: meet Lime, Bird, Bolt, Wind, Voi, Tier, Flash, and Hive. Lime’s green and black model was first to the scene and remains the most widespread – you’ll be seeing these guys everywhere. Once you’ve downloaded the free Lime app, you can pick up a scooter by scanning the barcode label attached. Then enjoy feeling futuristic as you speed along the Seine: it’s the perfect system update to your average tourist trail.

It may not technically be an app, but INSIDR is an essential for any technologically-literate traveller. This start-up launched in Paris by Parisians, provides a neatly packaged solution to a whole range of tourist hassles. Saving you the hunt for nearby WiFi networks or a reasonably priced SIM-card, the app rents prepaid smartphones with unlimited 4G data and calls within Europe. To the phones is added INSIDR’s customised ‘pocket-concierge’ software: a catalogue of recommended establishments to replace your hefty guidebook and a GPS-navigated map so you can ditch the unwieldy folding affair. But the service’s genius touch is a Whatsapp group of 100+ savvy locals to which phone-holders get automatic membership. So the instant you need insider advice or information, there’s a Parisian online to provide it.

Sounding the death knell of your well-thumbed Dorling Kindersley guide, Monument Tracker is an easier way to get the low-down on Paris’ history. A comprehensive list of the city’s many monuments, with a digestible potted history for each, Monument Tracker is a great way to inject a bit of context into your city break. It’s more interactive than your average guidebook: there are quizzes for the short attention-spanned and a treasure hunt that rewards new knowledge as you go. But it also functions offline, so you won’t have to fork out on data roaming or drain precious battery. You’ll leave Paris quite the expert.

Like Parisian history? Discover the story behind the building of the Eiffel tower, in play form... 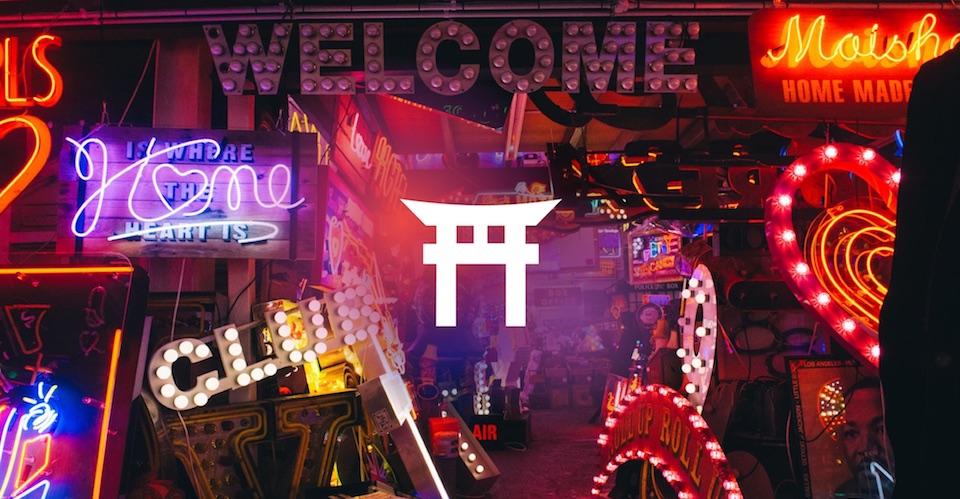 Launched in 2015, DoJo has raced to the top of the App Store’s charts. Four years down the line it is among the most talked about apps in the two cities it operates in: Paris and London. Self-branded as an all-inclusive answer to the question of ‘what do I want to do today’, DoJo’s plan is to be “to city discovery what Uber is to travel”. That means compiling food, drink, event, exhibition, and a multitude of other recommendations onto a single stylish platform. And since the app is on the look-out for more under the radar options particularly, it will point you straight to the heart of a Parisian’s Paris. More selective than TripAdvisor but broader in scope than purely restaurant-focused apps like The Fooding, DoJo is a trendy one stop shop for your city break planning needs. 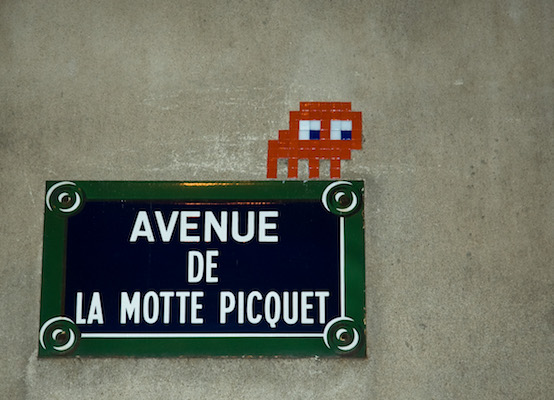 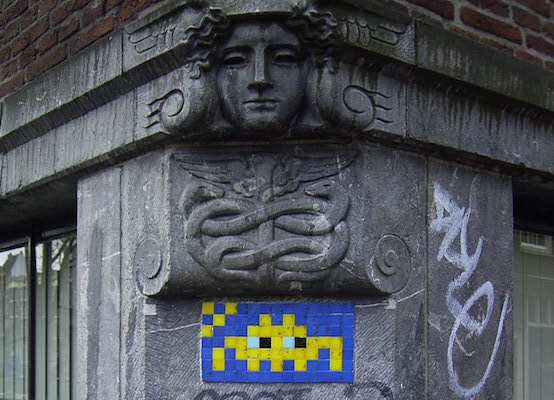 If you’re a vintage video gamer or fan of contemporary art, you’ve probably heard of the French street artist, Invader. If not, you may well still have passed his works, which take inspiration from the pixelated aliens of 70s video game Space Invaders and can these days be found in 77 cities around the world. Now a worldwide phenomenon, Invader’s art was born in Paris and it’s here that his retro mosaics appear in highest density. If just keeping an eye out for the city’s 1,000+ alien murals won’t satisfy your cravings, Invader’s self-conceived app, Flash Invaders, turns hunting them down into an augmented reality game with competitors from across the globe. An ingenious cross between a contemporary art trail and Pokemon Go, the Invader app is the most addictive way to get to know the streets of Paris. 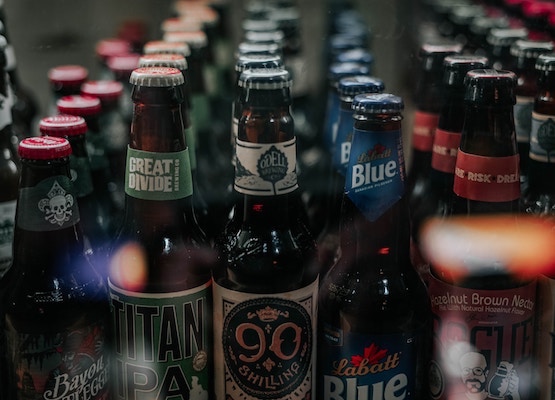 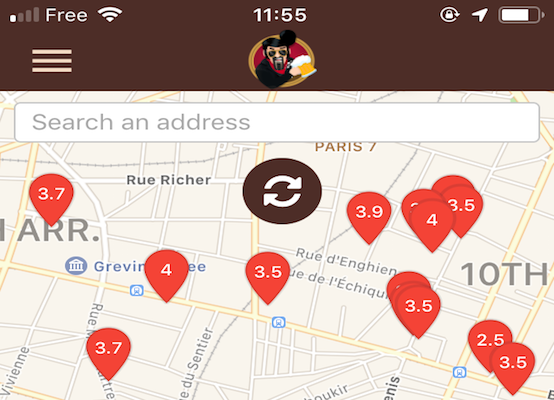 Now for an app with a stricter remit: as you might guess, this one is all about beer. Cheap beer, to be specific, which in a city as notoriously pricey as Paris narrows the niche still further. But a glimpse at the MisterGoodBeer map is enough to reassure any tourist on a tight budget: it’s positively teaming with 3€ and 4€ options. Keeping an eye on the strike of happy hour (or should we say, ‘appy oweur’) around the city, the app will sniff out your cheapest pint in any given location. A price parameter that stops at €6 is no guarantee of artisan quality, but if you’re after a swig of something cheap and cheerful, MisterGoodBeer has got your back.

English-speaking millennials can breathe a sigh of relief: in 21st century Paris, it’s perfectly possible to get by without impeccable French. But it’s still worth having a back-up plan when faced with a menu full of tartes, tourtes, and truffes. Google Translate’s recently developed app can turn French into English at the snap of your phone camera. It may not be watertight when fed longer paragraphs of translation, but for a sentence or two to help you out of a sticky situation, the app is all you need. And if you download the French-English database before your trip you’ll have full functionality offline. Because no one wants to be caught short when those long-buried high school classes fail to deliver...

Don’t speak French but want to catch some theatre while you’re in Paris? Theatre in Paris provides the definitive list of English-speaker friendly shows in the French capital!

Get your tickets now

Whether it’s a quick salute to the Mona Lisa or a lengthier stroll among Monet’s lilies, no trip to Paris is complete without a stop at one of the city’s many art galleries. But with such variety to choose from – to say nothing of the sprawling, several-winged and storeyed beast that is the Louvre alone – you’ll have a marathon ahead of you if you try to see them all. Artips whittles each Parisian museum down to its 10 essential pieces, so you can dip in and out without getting foot ache. No need to feel like a philistine: the app’s bite-sized round-ups come with fun facts and anecdotes curated by art history specialists. You’ll be imbibing just as much culture as you’ve shed.

Our tip: don’t be put off by the all French! Artips is available entirely in English, you’ll just need to subscribe before adjusting the language settings.

Check out our picks of the best quirky museums in Paris 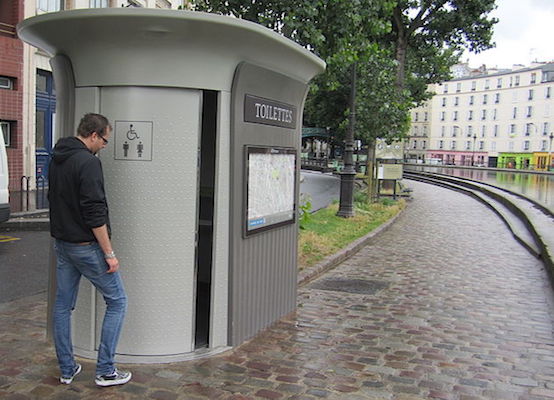 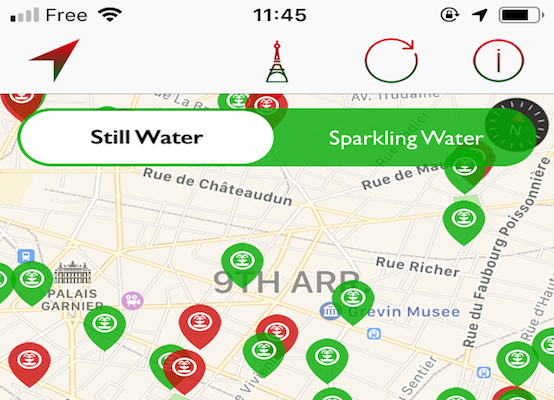 And, finally, two answers to two age-old problems. We’ve all been there: the Paris sightseeing tour is in full swing but you’re distracted by a sudden, urgent need to wee. Luckily, Paris has an extensive collection of automated public toilets to save you paying for an expensive coffee or ducking into the nearest fast food chain. The tricky part is tracking them down, which is where the Toilet Finder app comes in. Its geo-localised map of public toilets, complete with user-submitted hygiene reviews, makes peeing in public an altogether more pleasant experience. And during summer months, when you’re faced with exactly the inverse problem, Fontaines de Paris provides a parallel app map of the city’s drinking fountains. So finding water is as easy as losing it.

Voilà: Theatre in Paris' top tools for navigating your way around the French capital. Still need a hand booking some theatre while you're here? Just check out our international box office for a list of accessible shows for non-French speakers.