Looked upon as an iconic figure, the father of romantic and creative writing, Edmond Rostand reached a high level of success at a very young age. His greatest achievement, Cyrano de Bergerac was instantly recognized as genius and at this time he was only 29 years old. He achieved so much throughout his life and always fought for his number one passion, writing. Even when the tough got going, he never gave up. He hit a peak of criticism and envy from other poets that caused him to go through depression, but he always wrote a new playwright that impressed the general public. He caused such a big impact internationally that his plays are still being exhibited in theaters from all around the world after 126 years. France was especially proud of Edmond; they were and still are proud of having had such a talented writer of the French nationality.

Not originally from Paris though it was the city where he gained fame, Edmond Eugéne Joseph Alexis Rostand was born in Marseille, France in 1868. Rostand grew up within a wealthy family, his grandfather being the mayor of Marseille provide him with many advantages. Edmond’s father was a successful economist, though at a young age he was inspired by poetry and wrote some of his own. This explains where Edmond’s passion emerged. Edmond’s father Eugene wanted Edmond to pursue a career in law and paid for his studies in Collége Stanislas in Paris. He completed his law degree, but Edmond soon realized poetry was his calling and decided to chase his dreams. Unlike his father, he never lost sight of what truly inspires him in life.

After his studies, Edmond met the love of his life and wife to be, Rosemonde Gérard. Rosemonde both shared something in common, they were both admirers of poetry. The perfect match.

Making his way down to the road of success

The very first play Edmond wrote was in 1888 named “Le Gant Rouge”, translated to The Red Glove in Théâtre Cluny. It didn’t obtain much recognition, but Edmond did not give up and wrote one very interesting play that captivated the attention of the prominent theater the Comédie-Française, the play was called Les Deux Pierrots Ou Le Souper Blanc.

The Comédie-Française allowed Rostand to flourish, he was praised by audience members with the release of his original play “Les Romanesques” in 1894, which was far from common, it was different from other plays which made it refreshing and alluring. Les Romanesques was a story similar to Romeo and Juliet, but with a happy ending. The crowd wanted more. The evolutionary play is still exhibited in theaters from time to time, that’s good it is.

Book your tickets for Les Romanesques

His next play after Les Romanesques did not do well on stage. Edmond was looking to improve the vision of theater by writing a more serious playwright, La Princesse Lointaine. He was highly criticized for this work, people were expecting to see something different, but similar to his previous play “Les Romanesques. A concept for a play far ahead of its time should have been a hit, especially considering Sarah Bernhardt a very recognized actress at the time played the main character in the role, but this did not matter. It was disappointing to see that the people of France during that century did not appreciate deep drama and the concept of fighting for love.

Like many poets, after experiencing harsh disapproval from something he’s worked so hard on, he started to enter a stage of depression. For some time, he did not write any poetry or playwrights. Sarah Bernhardt was not the only one supportive about Rostand’s playwright La Princesse Lointaine, it also impressed her friend and previous acting partner Constant Coquelin who asked Edmond to let him perform in one of his plays. This idea inspired him to write one of the greatest and most famous playwrights in his life, Cyrano de Bergerac.

Cyrano de Bergerac, his biggest hit of all time

Until this day Cyrano de Bergerac is still displayed in theaters all around the world, as soon as it was presented in 1897 it became an international sensation translated in different languages. Cyrano de Bergerac was an inspiration based on his real-life childhood hero from the 17th century. Constant Coquelin made for the perfect character to play the role. The play is about a man, being Cyrano who had a distinctive big nose and was not very attractive, but what he did not have in looks he had in intelligence and humility. Cyrano falls in love with a beautiful woman, but she falls for another man, a more handsome man who is not very bright. Cyrano fights to gain the affection of his beloved. The storyline instantly hooked spectators who went to watch the opening play. They claimed they had never seen anything like it, calling Edmond a dramatic genius! Soon enough Cyrano de Bergerac merchandise was being sold. Cyrano de Bergerac won Rostand much recognition and awards such as the Legion of Honour, his life had changed forever. 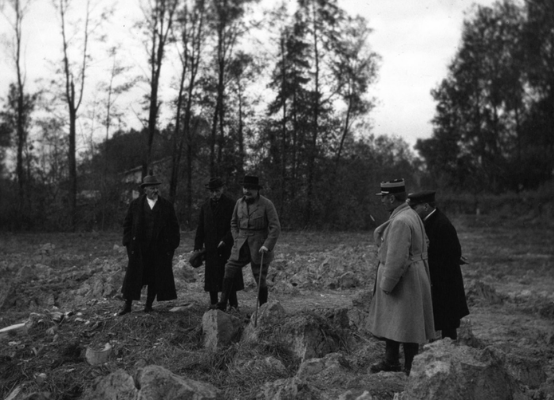 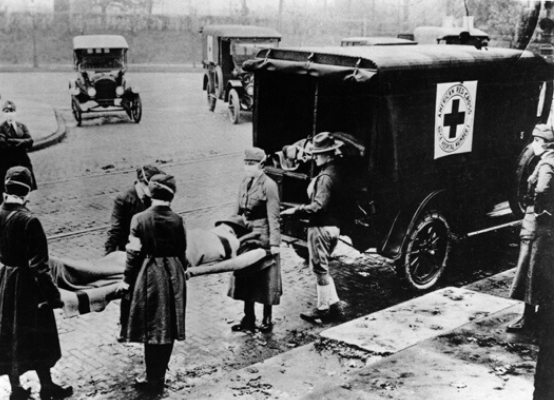 The time his life was at risk

Under all the pressure to write more bewitching stories, Rostand became weak and ill. He became doubtful of his own creativity, he thought it was difficult and almost impossible to top his precious Cyrano de Bergerac. It was discovered that he no later suffered from pneumonia and pleurisy. He was medically advised to rest and get away from everything that was causing him stress.

He decided to move to the countryside in France, Cambo-Les-Bains. Finally, at peace with his wife and two children Edmond was re-gaining his strength. The countryside reminded Rostand of his times as a child, and all the joy he felt during those times. This did not last very long.

Rostand’s fans were resistant to letting him go, he was asked to join the French academy for being a brilliant writer. He became the youngest member of the French academy, and fun fact, it took him three years to write his acceptance speech. Shortly a couple of years after, Edmond sadly drew his final breath in 1918 at only 50 years of age due to strong Spanish influenza.

His home is now everyone’s home

His home in Arnaga, Cambo-Les-Bains in which some parts were built by his own hands has now become a museum. Open to the general public, you could say his house is your house. Edmond’s beautiful home has untouched paintings, authentic decorations from the 1800s, and so much history that tells the story about his life. If you want to really get into the mind of Edmond Rostand and what he stood for, watch his play Cyrano de Bergerac currently displayed in the grand Théâtre le Ranelagh.

Take a look at the life of other famed French artists: