Discover the Paris of Oscar Wilde

Literary legend Oscar Wilde is often mistakenly thought of as an English writer; in fact he was Irish, but he may as well have been French. Or as he put it himself, “French by sympathy, I am Irish by race, and the English have condemned me to speak the language of Shakespeare”. There was only one French city, however, luxurious enough to accommodate the tastes of this famously flamboyant personality: Paris, obviously. In Paris Wilde honeymooned, holidayed and hobnobbed with literary elites. When shunned by his own society later in life, it was to Paris that he would flee. So why not follow in the footsteps of an ever iconic figure and discover the city that Oscar Wilde knew and adored?

Wilde’s first encounter with the City of Lights came during  the summer of 1874. He was 20 at the time and holidaying with his mother. The two checked in to the Hôtel du Quai Voltaire, a glamorous Seineside establishment just over the river from the Louvre and the Tuileries Gardens. Still going strong today, the hotel also counts fellow writer Charles Baudelaire, whose poetry Wilde much admired, and composers Richard Wagner and Jean Sibelius among its distinguished clientele.

In 1881, Wilde returned to Paris alone, a graduate now and able to enjoy the city’s offerings independent of his mother. Flitting between Europe and the United States in the decade that followed – Wilde’s short lived but dazzling heyday – the writer was to spend regular stints of up to a few months in Paris. Here he wined and dined extravagantly on money flowing in from lectures and essays, making a name for himself amongst the upper echelons of the city’s literary and intellectual elite.

Les Deux Magots and Café de Flore, two renowned Saint Germain institutions, were two of Wilde's favourite haunts. Sampling coffee and croissants that would later grace the lips of Jean-Paul Sartre and Simone de Beauvoir, Pablo Picasso and Ernest Hemingway, Wilde chatted literature in impeccable French. His rendez-vous regulars included Stéphane Mallarmé, Paul Verlaine, and a young André Gide. Wilde was even introduced to French literary giant Victor Hugo, in what may be the only recorded example of immunity to his sparkling conversation – Hugo reputedly fell asleep during the pair’s first encounter. Above averagely pricey but with the cultural currency to justify it, both cafés are well-worth a pause on your Wildean pilgrimage.

The Irish writer would also have been seen strutting Paris’ Rive Droite: attending the opera, then eating out in the bistros that surround it. In keeping with Wilde’s lavish lifestyle, Café de la Paix is an ostentatious choice. Now a registered historic site, the café boasts an interior to rival the Opéra Garnier itself (think baroque ceilings and multi-tiered chandeliers). Le Grand Café Capucines is more Art Nouveau than rococo but as flamboyant as Oscar himself. 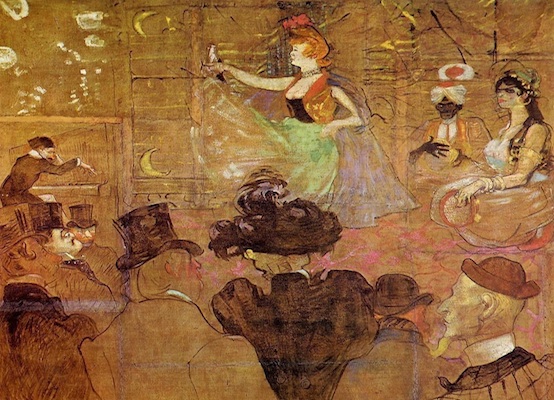 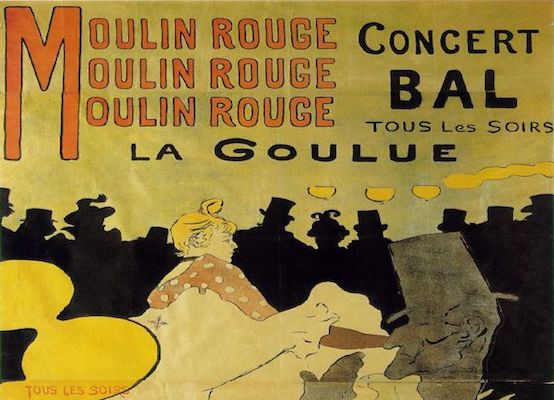 When he wasn’t discussing literature or luxury dining, Wilde was a regular at Paris’ capital of cabaret, the world-famous Moulin Rouge. Artist Toulouse-Lautrec even captured him there, with a plumper Wilde than we’re used to making the forefront of his painting, ‘La Danse mauresque’. Arriving on the scene just as Paris crescendoed to its Belle Époque peak, Wilde would have seen the Moulin Rouge in its true liqueur-flowing, Can-can-kicking prime. 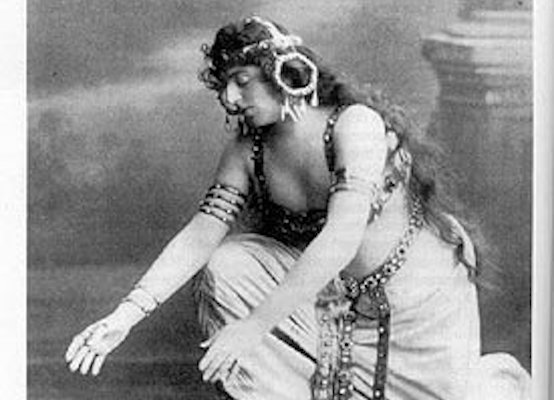 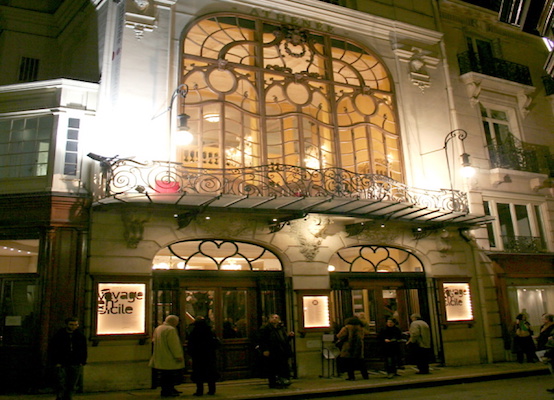 Fired up by discussions with his Parisian literary acquaintances, Wilde returned to his hotel one evening in 1891 and, right then and there, penned Salome, his first and only work written entirely in the French language. The play, a retelling of John the Baptist’s beheading by Salome, would later be banned in the UK for its scandalous interpretation of a biblical subject. Hearing that news, Wilde seriously considered taking up citizenship in France, which he saw as the only country with true respect for its artists. He didn’t, but sure enough, it was in Paris that Salome was first staged: curtains rose in 1896 at the Théâtre de la Comédie-Parisienne. This forward-thinking theatre has since been renamed the Théâtre de l'Athénée and its newly-renovated, Art Nouveau-influenced building is a classified historical monument. You can find it at 7 Rue Boudreau.

Discover another historic theatre lurking just around the corner

Get tickets for another play by Wilde currently showing in Paris

By the time that audience members in Paris were sitting for the opening night of Salome, Wilde was back in Britain, imprisoned for gross indecency. From there, his story takes a turn for the tragic. The playwright returned to Paris in 1897, a broken man. He would spend the rest of his days destitute in the city that had been his stomping ground, scraping by on money lent him by old literary acquaintances like André Gide.

Ejected from hotel after hotel when no longer able to pay the fees, Wilde finally arrived at the Hôtel de l’Alsace, Saint Germain. He would spend his final months confined to his room there, before dying of cerebral meningitis in November 1900. Frequenters of the establishment (now operating simply as ‘l’Hôtel’) today can spend the night in a respectfully preserved ‘Oscar Wilde Suite’, complete with framed Wildean artefacts and appropriately flamboyant peacock wallpaper. You needn’t feel too morbid: this five star suite is the perfect tribute to a writer who found in Paris his spirit home.

For a little known, less expensive Wildean overnighter, there’s also the Hotel Louvre Marsollier. Another of the establishments Wilde checked into during his final years in Paris, the Louvre Marsollier has since gone full fan mode on its former resident: the place is decked from head to toe in Wilde-themed memorabilia. Oscar’s Opera Garnier attending days were over by the time he visited the hotel in 1899 – but that shouldn’t stop you making the most of its prime location in one of the writer’s former favourite areas.

Last stop on the pilgrimage and Wilde’s final Parisian resting place: his grave at the city’s largest cemetery, Le cimetière du Père-Lachaise. Set apart by a vast, imposing headstone designed by sculptor Jacob Epstein, Wilde’s tomb is not hard to find amongst the hundreds of other late revered figures, from Chopin to Jim Morrison. Every year thousands of adoring pilgrims flock to Père Lachaise to pay their respects at the tomb, which now bears a physical imprint of the many years of hero-worship. In the 1990s, a tradition of planting lipstick kisses on the surface of Epstein’s sphynx-like monument began to stain the stonework various shades of red, pink, and muddy brown. Today a smooch-proof barrier protects the tomb but you can still leave your kiss for Wilde on the glass instead. We’re quite certain he would approve.

Wilde may have died tragically young but his tombstone is testament to a legacy that never dwindles. In 2016, to celebrate his cherished links with Paris, the Petit Palais hosted France’s first major exhibition devoted entirely to Wilde. Curated by the writer’s grandson, Merlin Holland, the exhibition collated the fragments of Wilde’s life and work in a vast array: manuscript extracts, photographs, caricatures, and letters, some being aired for the very first time in public. A sell-out success, Oscar Wilde, Insolence Incarnate was Paris’ long overdue gesture to honour the life of an ardent Parisophile.

Want to watch some Wildean theatre? Here's what's on