Beyond Broadway - Musicals In Paris

Anyone who has been to a Broadway musical, or even local production for that matter, has probably noticed something along the lines of “International Smash Hit!” on the playbill or the poster. What few people stop to think about is what that really means, about just how far American and British musicals spread across the world. Exported productions, often called replicas, make their way to the stages of Tokyo, Singapore, Berlin and, most often, Paris. While sets, costumes, and special effects are painstakingly recreated to match the originals, translators perform incredible feats of linguistic acrobatics to make songs work in the local languague.

Get tickets for a Parisian musical

Sisters doing it in Paris

One of the most successful American musicals of the last 20 years, Sister Act, received this treatment for its fabulous French debut. Based on the 1992 comedy film starring Whoopi Goldberg, Sister Act, The Musical opened on London’s West End in 2009 and on Broadway in 2011, where it won multiple Tony awards (including Best Musical and Best Actress in a Musical). Just one year later, fully rendered into French, it took Paris by storm with a sell-out run at the Théâtre Mogador – one of the city’s grandest theatres. The production welcomed over 300,000 spectators with just 200 performances. Watch and see that show’s songs lose nothing of their joy and sass in the French version by Nicolas Nebos. 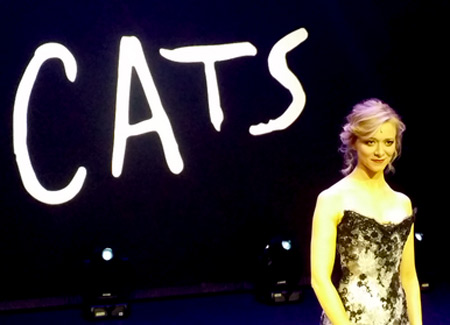 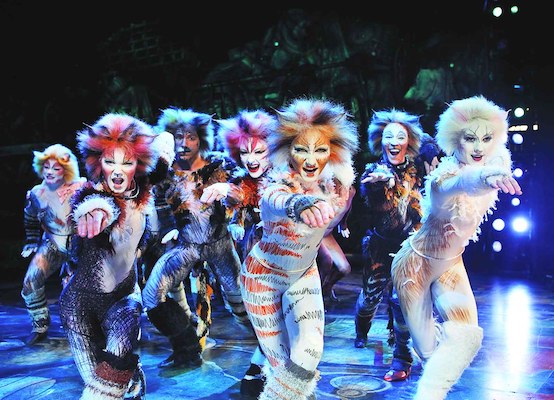 The gold standard of an exported musical might just be one of Broadway’s biggest, Cats. Thanks to replica productions in more than 20 countries and an original broadway run that seemed to last an eternity (1982-2000), millions of people around the globe have experienced the show that helped make Andrew Lloyd Webber’s a household name. The song that stays stuck in your head though, no matter the language in which you originally heard it, has to be Memory. It’s amazing to compare the two famous French versions of it: the older, Nos Souvenirs" (“Our Memories”), sung by celebrated chanteuse Mireille Mathieu, and the more recent Ma Vie" (“My Life”), sung by actress Prisca Demarez.

Paris is exceptional in many ways, one of them being the quality of its musical theatre scene. While it has had its fair share of replica productions, like any other major world city, the French have done their part to create stunning new works that apply the best of Broadway showmanship to classic French stories. You might have heard of a small one that ended up with its own success as a replica production, transported to the States… It’s called Les Miserables and it's based on one of the greatest works by French literary legend, Victor Hugo. Have a listen to "I Dreamed a Dream" performed in its original French ("J’avais rêvé") before the producers had the show translated and moved to London in 1985, and eventually New York in 1987.

Nearly thirty years after Les Mis first found success here, the Paris theatre scene is still thriving and producing incredible works. Today, there's plenty to discover on the stages of Les Boulevards: a musical biography of famed French singer Edith Piaf, titled I Love Piaf; Mogador's award-winning French revival of American favourite, Chicago; and an all-singing, all-dancing retelling of the story behind the building of the Eiffel Tower. We're looking forward to a show hitting the French capital in December 2019: An American in Paris is a perfect fusion of Broadway sparkle against an oh-so Parisian backdrop. Originally an Academy Award-winning film was first adapted for the stage right here at Théâtre du Chatelet, one of France's most prestigious theatres. We can't wait for this musical to return to the city it is set in and the theatre where it was born!

Find out what Broadway-inspired musicals are playing currently in Paris

Thanks to Theatre in Paris’ English subtitles accompanying all of these current performances, theatre fans and visitors to the City of Lights need not wait for the English versions of these shows to hit New York and London. English-friendly tickets to musical shows, classic French theatre, cabarets and more are all available now.

Want to get more insider knowledge on all that's hot in the world of Parisian theatre? Subscribe to our mailing list and check out other articles from our All Things Paris, All Things Theatre blog: