The art of ballet

Attending a ballet performance is a luxury from Swan Lake, Giselle, to The Nutcracker, and Don Quixote. The list is extensive, we can keep going for hours. The dance itself is a true work of art. Women and men dance with such class and delicacy that it appears as if they were performing the choreography effortlessly. In ballet, you might have heard specific terms such as Allongé, Assemblé, and Demi, these terms are in fact French meaning elongate, assemble, and half. Specific French words are used internationally for ballet practice, but did you know that ballet is not originally from France?

Ballet can be considered one of the oldest forms of dance in history, first recognized as a formal dance in 1537. Coming from Italy it made its way down to France thanks to Catherine de’ Medici an Italian who became queen of France by marriage to King Henry II in 1547. The dance style was mainly displayed in public inside courts during important events and royal celebrations such as marriage and birthdays. 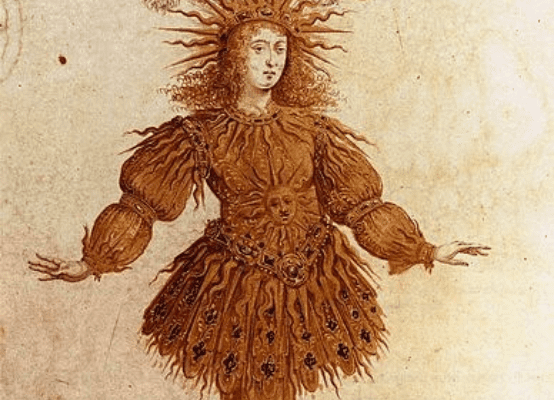 In France is where costumes, terms, and various dance styles were created thanks to King Louis XIV who was a ballet dancer himself. King Louis XIV was applauded for his part in the ballet performance “Ballet de la Nuit”, translated in English as ballet of the night.

The Royal Academy of Dance

Finally, by 1661 a ballet academy emerged by the name of The Royal Academy of Dance, which is still standing and now recognized as Opéra National de Paris. By 1681 the art of ballet moved from the court to on stage! Jean-Georges Noverre, a professional ballet master, had a lot to do with this revolution. He declared that ballet was its own art form and it could convey a narrative.

Moving from France to Russia and later to the United States, the posh dance had inspired past artists such as the famous Tchaikovsky and modern choreographers such as Alan Lucien Øyen who will display his work of contemporary dance in Opera Garnier.

Its evolution throughout the years

A lot has changed since ballet was first developed including, the costumes, the form of movement, and a lot of other rules.

Can you imagine wearing heavy colorful costumes and masks while performing in a show? This was the case during the 18th century before Marie came along. Marie Salle changed the mindset of how the public viewed women dancers. Back in the day women were more depraved of rights and had a strict dress code when it came to dancing. In 1734 Marie shocked people when she modified the costumes and began wearing lighter clothing, let her hair down during a dance performance, and became the first female ballet choreographer. This caused a true shift in the world of art and dance.

During the romantic period when Giselle, Coppélia, and La Sylphide came into existence, dancers began to wear shorter skirts from above the ankle to below the knee and tutus became a thing as well. Dancers from today’s era wear tights, spandex, and other more comfortable material in order to have more flexibility during the show. Another woman who caused a lifelong trend was Marie Taglioni who gained the attention of spectators with her grace when performing her father’s piece La Sylphide in point work. Back in the day, it wasn’t usual to dance in point, ballerinas were more about dancing flat.

She did, however, have two main competitors during this era, Fanny Elssler and Carlotta Grisi. Fanny danced ballet with sensuality, while Carlotta Grisi demonstrated that she can do both sensuality and grace when she performed Giselle. Now a day’s dancers tend to be more flexible with their movements and are able to perform more dance choreographies in various styles with no need to wear a mask unless of course, it’s part of the show. 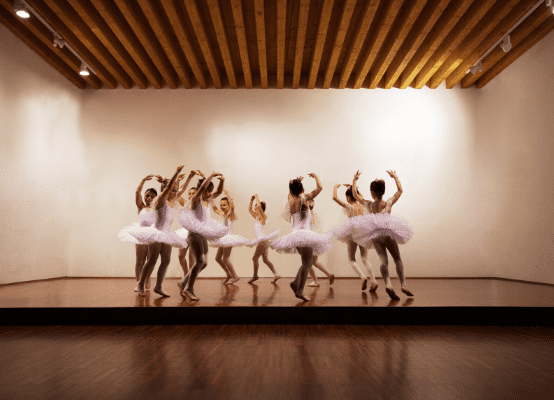 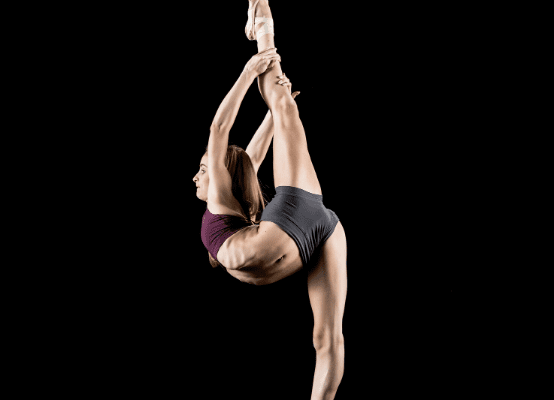 What it takes to be a ballet dancer

It’s not as easy as it looks. Besides hard work and long hours of practice, ballet dancers go through a lot of intense training and emotional disbalances.

In order to perform some of the movements required in ballet, it is important that the dancer has a certain amount of flexibility and this may take some time. It’s recommended to start practicing from a young age, from ages 4 to 6, for example, considering at this age the memory absorbs everything observed faster and the body is still developing meaning it is easier to become a lot more flexible and bend easier. 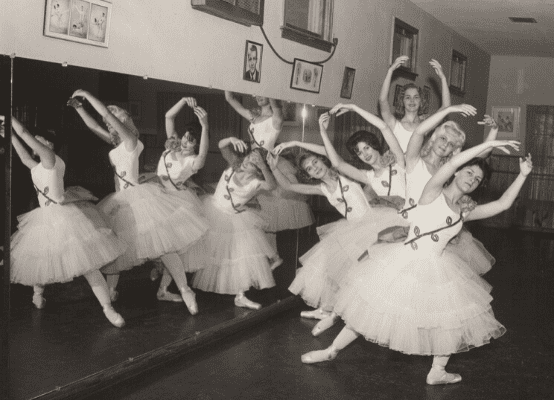 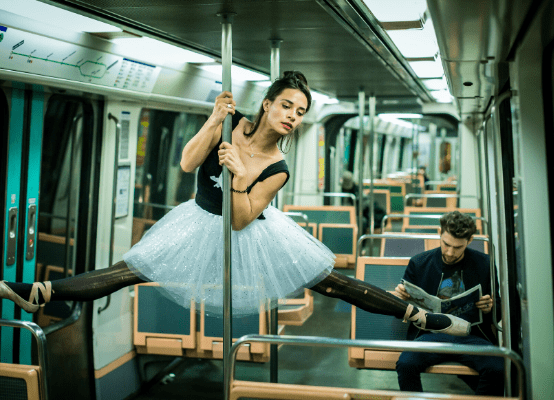 It can be quite painful dancing for hours and constantly standing on your tip-toes, this is why ballet dancers don’t look forward to sandal season. It is also necessary to have a healthy diet, and this can be an issue for some dancers. For some dancers, a healthy diet can be interpreted as not eating a lot and leads to an unhealthy lifestyle. 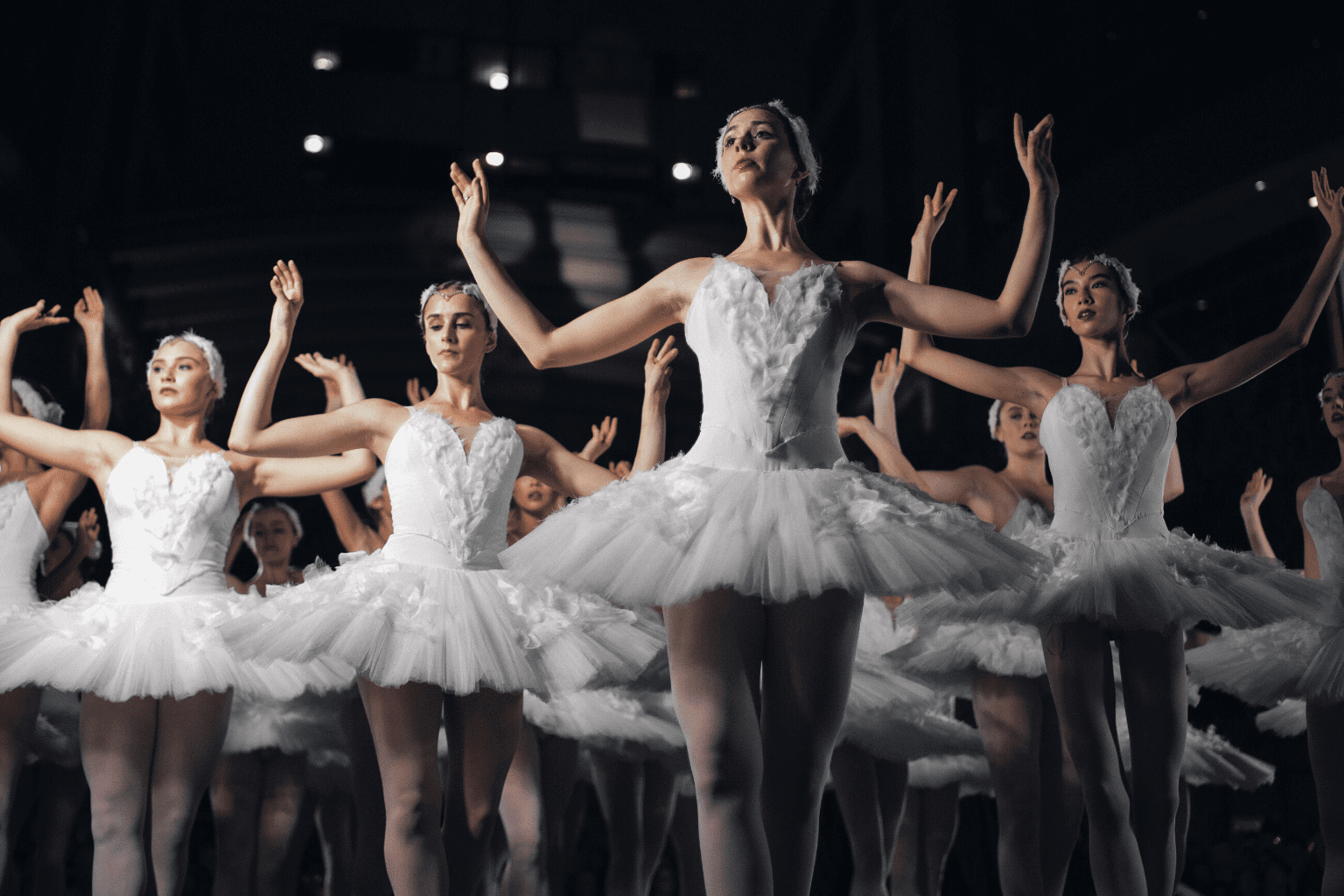 The Etoiles and First Dancers of the Paris Opera will present an outstanding selection of ballet solo and duo performances on the stage of the glorious Palais Garnier. The show will be accompanied by pianists and a cellist playing music of Saint-Saëns, Satie, Debussy and Chopin. A program of ten unforgettable performances, mixing creations by famous choreographers such as Martha Graham, William Forsythe, Alastair Marriott, and many others.

We've already mentioned La Bayadere because it is one of the most beautiful ballets of russian choreographer Rudolf Noureev. This ballet tells a sentimental story of love between a dancer, Nikiya, and a noble warrior, Solor, placed in the imaginary surroundings of beautiful mystical India. They are struggling to be together because of a raja, who desperately wishes to marry Solat to his daughter Gamzatti. The sublime ballet, culminates in Act III with the “Kingdom of Shadow” scene, placing the ballet as a gem of the repertoire.

We've just told you about choreographer Noureev. The legendary choreographer Rudolf Nureyev was a director of the Paris Opera Ballet from 1983 to 1989. Even nowadays, his innovative vision and style inspire many choreographers and dancers all over the world. The Paris Opera Ballet's Étoiles and Premiers Danseurs will perform solos and pas de deux from Rudolf Nureyev’s greatest ballets: The Sleeping Beauty, Romeo and Juliet, The Nutcracker, Swan Lake, Cinderella, Manfred and Don Quixote. Discover this sublime hommage on the stage of the Palais Garnier.

Check out other interesting facts about artistic backgrounds:

The Evolution of the Circus Paris Unveiled A History of Mime, The Most Oh So French of Art Forms

Reserve tickets to a ballet performance in Paris