Sainte-Chapelle and its Opulent History

Decorated with incredible gothic architecture from centuries ago, the Sainte Chapelle, better known as the Holy Chapel, is located near the Seine river on the Île de la Cité, where King Louis IX resided. Gazing upon its beauty inside and out, it is inevitable to notice that the church is surrounded by the old royal palace, which is currently known as Palais de Justice here in France. An annual estimation of about 900,000 visitors from around the world come to Paris just to see 15 of the oldest and tallest breathtakingly beautiful stained glass windows in the Sainte Chapelle. Today we are going to give you a brief rundown of the story behind this true jewel of medieval Parisian architecture.

Reminiscing Through Its History

The Sainte Chapelle was authorized to be constructed by the famed Saint Louis or King Louis, in order to have a safe place to preserve his priceless relics from the passion of Christ, including the crown of thorns that was said to have been placed on Jesus’s head on the day of his crucifixion and other holy artefacts that date back to the year 1239. Did you know that King Louis had collected 22 holy relics? Unfortunately most of it was destroyed during the French Revolution and currently only 3 remain. The price of his holy relics was proved to be worth more than what he paid in order to have The Sainte Chapelle be built. Taking one step inside the church is like taking a step back in history considering the church is more than 771 years old, completed in 1248.

Throughout its history The Sainte Chapelle has taken a lot of hits, starting with fires and floods in the early 1630s. Where it suffered the most was during the French Revolution, many artifacts were destroyed or harmed during the war including “The Grand Chasse”, a chest where king Louis preserved his holy relics, which was melted down completely. In the 19th century many areas in the chapel had been reconstructed or replaced with identical imitations of the original artifacts.

A Glimpse of The Bible on stained glass

The Sainte Chapelle is home to a total of 15 stained glass windows from the 13th century that measure 15 meters tall in length: to give you an idea that is about the same length of a movie theatre screen, and yeah that is pretty big. Out of 1,113 illustrations on the windows only 720 of them are original. This aren’t just random pictures, the illustrations on each window represents a different verse from the old- testament and the new- testament in the bible. 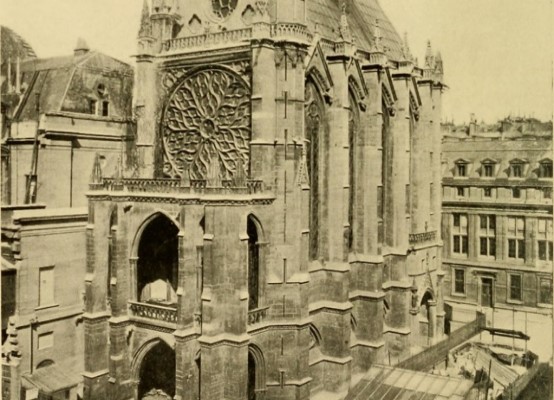 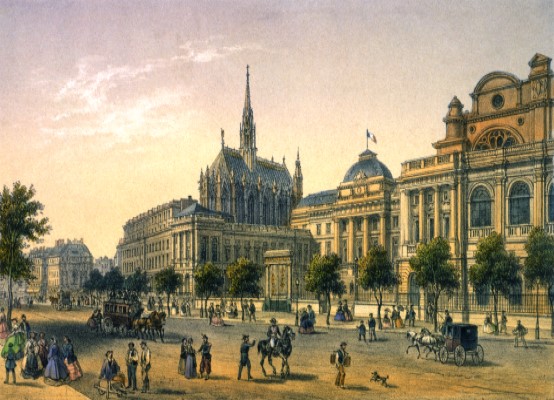 The Sainte Chapelle was built within a 7-year time frame, a striking amount of time to build a structure of 42.5 meters in height and 17 meters wide when back in the day there weren’t any sophisticated construction equipment. Notre Dame itself, one of the oldest architectural buildings in France took 200 years to complete. 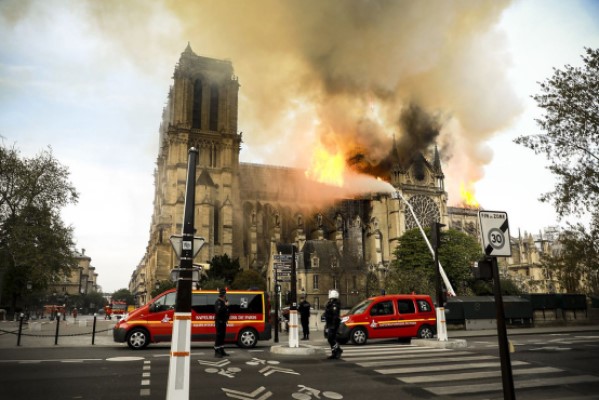 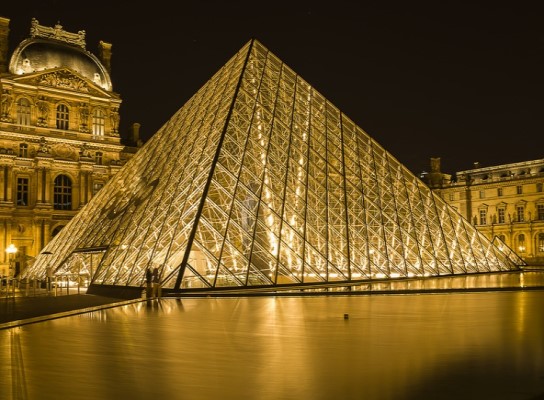 Escaping The Flames of Notre Dame

Most of the relics that were stored in the Sainte Chapelle are no longer there! They were transferred to the eminent church in Paris “Notre Dame” in 1806, this includes the crown of Christ, King Louis tunic (worn by king Louis himself the day he procured his well- preserved relics), and the cross and nails which were used to crucify Jesus. Not to worry though, these items were rescued during the fire in Notre Dame earlier this year in 2019. Currently they are tucked away in the Paris City Hall and might soon be transferred to The Louvre Museum.

Every Good Friday King Louis would display the holy relics for the public to appreciate, until this year this was an ongoing tradition the relics were also exhibited every first Friday of the month in Notre Dame. Unfortunately, it is uncertain if these priceless artifacts will be exposed on good Friday in 2020, and if so where? 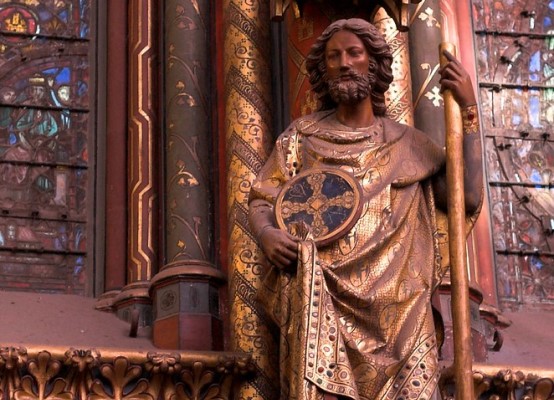 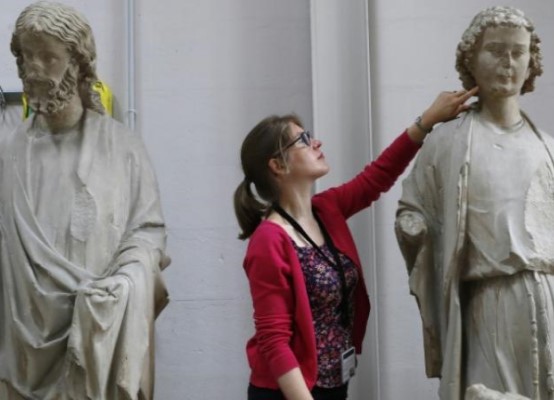 There are 12 life sized sculptures in the lower level of the chapel that represent the 12 apostles, only 6 of these are the original sculptures the other 6 suffered damages during the French Revolution. The original statues in the Sainte Chapelle can be perceived in the anterior part of the apse on stage. The damaged yet original statues can be found in the Cluny museum also known as the Musée du Moyen Age. 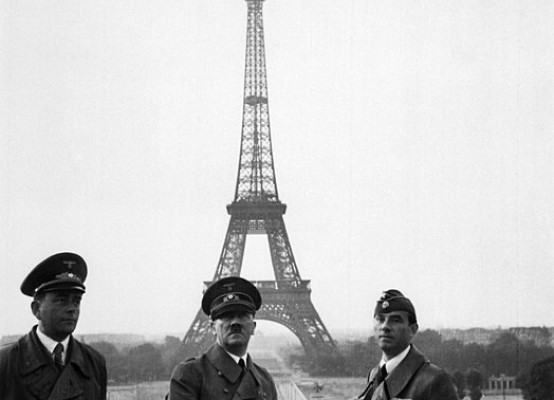 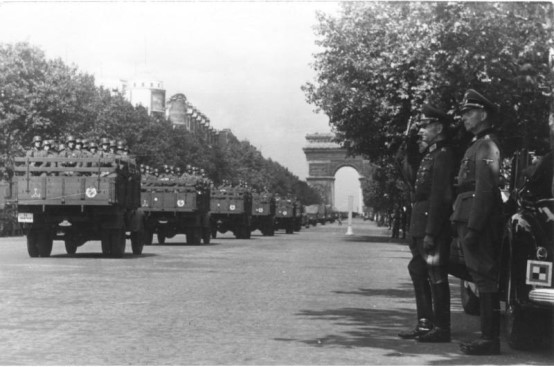 Surprisingly, Hitler was one of the many visitors in the Sainte Chapelle, he paid the chapel a visit on June 23, 1940. Although he was fond of Paris and all its beautiful sights, he was really thinking of destroying the city and taking over though he miraculously changed his mind and instead pursued to change Berlin and make the city a lot more attractive than Paris as if it were a competition.

So there you have it, the full historical recap on this magnificent Parisian church! Want to explore the inside in complete exclusivity? How about checking out a sumptuous classical concert on the inside?

Grab tickets to a concert in the magnificent Sainte Chapelle

Check out concerts in other iconic Parisian locations

Liked this article? Check out others like it from the Theatre in Paris blog:

The Spectacular History of Paris’ Cabarets