We all know the scene: it’s Friday noon, you’re safely installed in the comfort of your plane, train, or selected other mode of transport, and you’re hurtling towards Paris for the weekend. Only you can’t sit back and relax because you’re still manically trawling tourist sights in a last-ditch attempt to plan for the city break approaching at high speed. Don’t fret, you’ve landed on the right link: Theatre in Paris’ Ultimate Weekend Planner is here to guide you through your flying visit, one tourism-crammed day at a time...

Arrival on Friday: start with a coffee

Don’t be ashamed to make coffee* your first stop – the hardiest of tourists need a shot of something caffeinated to kickstart their city break energies. Finding an establishment is easy in Paris: do a 360° turn in literally any spot you find yourself in and there’ll be a café within walking distance. Or if you want a more alternative Parisian suggestion, we recommend Shakespeare and Company, a bohemian institution that has been welcoming the world’s literary types for exactly a century. A trendy new café was added to the iconic bookstore in 2015, instantly becoming a watering hole for Parisian bookworms with a taste for fresh-roasted coffee. The peckish can enjoy an array of literary-themed bakeries and wholesome vegan food. And with a terrace that faces directly over to the Isle de la Cité and Notre Dame, you won’t find a more scenic spot to eat cake and sip coffee.

*Insider tip: coffee literally translates as ‘café’ in French, but ask for one of those and you’ll be handed a thimbleful of espresso. Those after more liquid should request a ‘café allongé’ (that’s a standard espresso with double the quantity of hot water), or for a milkier option, try a ‘café crème’ (only don’t expect cream, this one comes with frothed milk). If you want just the slightest dash of milk in your espresso, it’s ‘une noisette s’il vous plaît’. Easy!

Friday afternoon: head out into the jungle

Once there’s caffeine pumping through your bloodstream and you’ve thoroughly perused the bookshelves at Shakespeare and Co, it’s time to venture out into the cultural jungle of Paris. Make the most of Friday afternoon, when the majority of Parisians will still be chained to their desks, to explore some of the dozens of museums their city has to offer. If you’re feeling energetic, plunge headlong into masterpieces at the Louvre or Orsay galleries or into the poster paint-coloured space ship that is contemporary art museum Centre Georges Pompidou. A lesser-known favourite of ours is the Musée de Cluny, a quirkier option that sits in the heart of Paris’ vibrant Latin Quarter. Housed in a gloriously Gothic 13th century town house, the museum is worth a visit for its turreted exterior alone. Inside you’ll find France’s largest collection of medieval artefacts, including minutely detailed illuminated manuscripts and the magnificent Lady and the Unicorn tapestries. These dreamy embroidered fantasy scenes are widely considered some of the finest works of art to come out of the Middle Ages.

Now for a more fun way to immerse yourself in the culture and history of Paris: by enjoying a show in one of its many sumptuous playhouses! Theatre tickets are your fast track to an evening spent mingling with the Parisians and learning more about the city they call home. And there’s good news: you don’t need fluent French to tap into the theatre scene here. Any show booked through Theatre in Paris comes with our guarantee of 100% accessibility for English speakers.

What’s on and get tickets 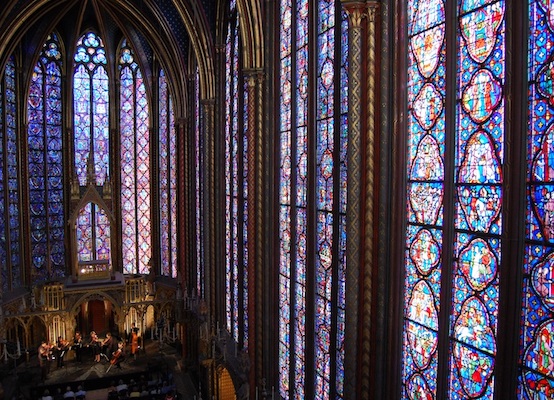 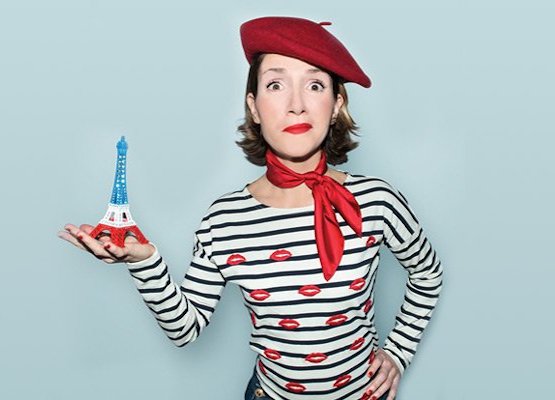 For visitors hitting Paris in Summer 2019, we recommend a trio of oh-so Parisian shows to get you in the mood. If seeing the sites is Number 1 on your weekend to-do list, you won't want to miss a classical concert in one of Paris' most visited monuments, the glorious Sainte-Chappelle church. Admire vaulted ceilings and soaring stained glass windows to the scintillating sounds of Mozart, Handel and Vivaldi. For music of a wholly different kind, you can try I Love Piaf, a musical romp through the life of French icon Edith Piaf, featuring all her very greatest hits. But if you’re more into stand-up comedy than concerts or musicals, we have also have a third option. Oh My God She’s Parisian is a side-splitting one-woman show that pokes the fun out of all the best City of Lights clichés. Since its debut in 2017, Julie Collas’ all-in-English set has been a consistent favourite with locals and visitors alike.

Get tickets for a concert or musical

Get tickets for English comedy in Paris

Every Parisian show deserves a Parisian post-show cocktail. Now that you’ve seen an intimate slice of life in the city, why not switch to the broader overview with a drink in one of Paris’ many glorious rooftop bars? There are so many options to choose from but we love the breathtaking views from the Terass” Hotel’s top floor cocktail bar. Nestled seven stories up from the cobbled streets of Montmartre, the Terass” bar offers drinkers a 180° panorama out over the city of Paris. The Eiffel Tower makes its appearance on the skyline, as do the Tour de Montparnasse, skyscrapers of La Défense, and an army of Haussmannian rooftops in varying shapes and sizes. Sit back with your (appropriately named) Moulin Rouge cocktail and relive the evening’s spectacular entertainment.

Saturday: knuckle down to a hard day’s touristing

You have one full day to cross all of Paris’ must-sees off the bucket list: better get cracking! Force yourself to get up and out early on Saturday: grab a croissant and coffee for sustenance and hit the cobbles as quickly as possible. Catching a glimpse of all of Paris’ Big Five Sights (that’s the Eiffel Tower, Notre Dame, Louvre and Orsay Museums, and the Champs Elysées) is more than possible in a day, but you’ll want to wedge in some more offbeat alternatives too. Versailles is all well and majestic but have you heard of the Château de Fontainebleau? Instead of a crêpe why not sample some Parisian-patented ice cream? Check out our 25 Unusual Things To Do in Paris article for all the Paris sightseeing staples vs. their lesser-known, lesser-queued-for alternatives.

Dinnertime on Saturday: reward yourself with some fine French dining

Sightseeing can be belly-rumbling work: by evening you’ll more than have earned a plate of hearty French fare. How about a bottomless platter of it at the most Parisian bistro in town? Now with three restaurants dotted at your convenience around Paris, Le Relais de l’Entrecôte has become a citywide institution. The concept is simple: no menu, just one dish done incredibly, incredibly well. Since 1959, the Gineste de Saurs family have been refining their signature recipe: steak frites doused in a seriously good, surprisingly coloured sauce (whose contents remain a closely kept family secret). Once you’ve chosen how you would like your steak (remembering to adjust your scale to the blood-thirsty tendencies of the French population), the meat will be wheeled over to you on a silver trolley, by a waitress who returns later to offer a generous second and third helping.

A heads up from Theatre in Paris: arrive fifteen or so minutes before opening time if you want to avoid queuing for your steak! 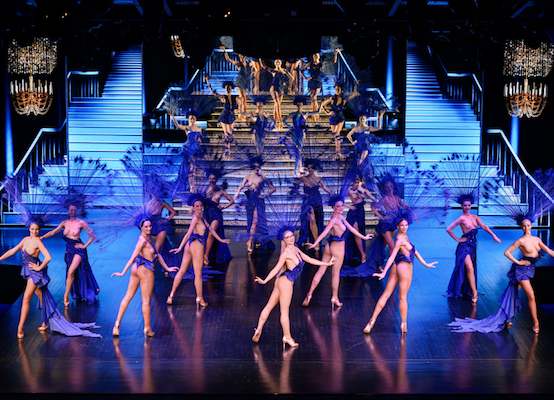 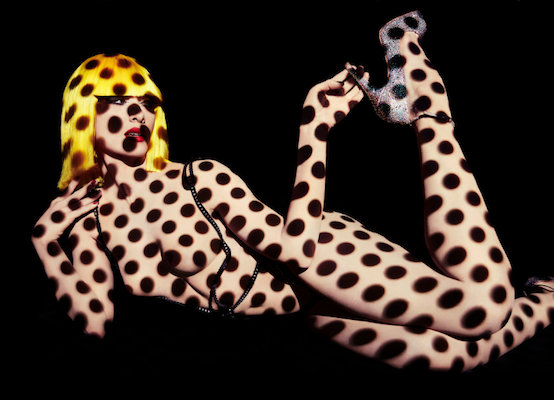 Saturday night: inject a bit of cabaret sparkle into your weekend

There’s no more quintessential French entertainment than a night of cabaret in the birthplace of the cancan. If you opted for dinner at Relais de l’Entrecôte’s Champs-Elysées outpost, you’ll find yourself just steps from two historic Parisian cabaret houses. First up, on the Avenue des Champs-Elysées itself, is Le Lido de Paris, the biggest and brashest of all the city’s cabarets. Opened in 1946, today Le Lido is known for its circus-like performances and high-tech flourishes. Around the corner there’s the Crazy Horse Cabaret, Paris’ answer to American showbiz. Fascinated by the show girls and burlesque performers he observed during a trip to the USA, Alain Bernard decided to bring a sexier, Vegas-inspired cabaret to Paris. Since then the venue has gained a reputation worldwide for its risqué performances, and played host to the likes of Beyoncé, Katy Perry, and Dita Von Teese.

Check out our Comprehensive Cabaret Catalogue for other Parisian cabaret options

Get tickets for the Lido

Get tickets for the Crazy Horse

After an indulgent evening of champagne and cabaret, you might be feeling a little worse for wear. There’s only one solution: a wholesome but substantial brunch. You can check out our shortlist of all the best brunching options, but for starters, try Holybelly in the 10th arrondissement. Breakfast at this Australian-inspired diner is an all-day affair, with last orders taken at 4pm sharp. With sweet and savoury pancake stacks topping the menu, alongside porridge, granola, and a haute cuisine take on the classic English breakfast, all the major morning contenders are covered here. Wash it all down with a glass of fresh fruit juice or the chef-recommended ‘London Fog’ (that’s Earl Grey tea doused in homemade vanilla syrup). No surprise that Holybelly’s regulars are a numerous bunch: queues can be long but we assure you it’s worth the wait.

When you’ve had your fill of all-day breakfast, walk it off with an afternoon stroll: Sundays were made for that, right? From Holybelly you can wander over to the Canal Saint-Martin, a picturesque waterway that cuts through the trendy 10th, 11th and 19th arrondissements. Complete with iron footbridges, shaded banks, and side-streets decorated with some of Paris’ finest street art, it’s the perfect combination of hipster and heavenly. The canal stretches across 5km but we don’t expect you to trek the entire length: start down by Republique and meander upstream until one of many tasteful bankside establishments sucks you in for a coffee break. If you’re really not feeling up to the walk, Canauxrama’s barge cruises are a relaxing alternative. Our other afternoon stroll recommendations include Buttes Chaumont park, Père Lachaise Cemetery, or the Promenade Plantée (because who doesn’t want to stroll 10m above street level?). 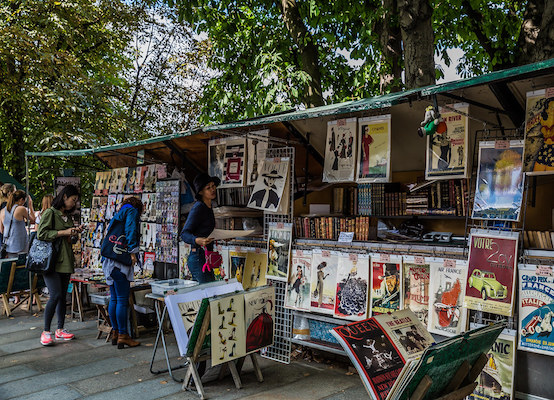 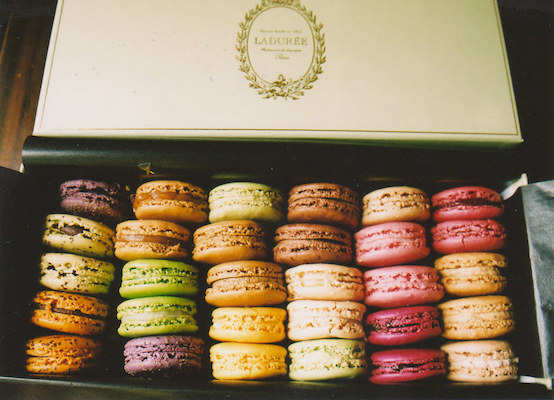 It’s almost time to bid à la prochaine to the City of Lights. You’ve seen the sights, drunk the wine, now it’s time to get the t-shirt… or assorted other Parisian goodie. It’s not hard to sniff out the obvious options: you’ll find Eiffel Tower keyrings, microfibre berets, or baguette-shaped fridge magnets in tourist boutiques on almost any street corner or from street vendors at all of Paris’ major attractions. For a particular density, try the alleys around the Pompidou Centre and Châtelet. Or why not browse the ‘bouquinistes’ that line the banks of the Seine to left and right? Magpies are bound to found a take-home treasure amongst the vintage books and postcards that line these antique stalls. If you want something of the edible kind, grab yourself a regal box of macarons from world-famous patisserie Ladureé or head over to Marché d’Aligre, an eclectic food and antique market that has the rare benefit of being open on a Sunday. What more precious a souvenir could there be than a hefty hunk of French cheese?

Sunday evening: and off you go!

So that’s it, your whirlwind weekend in Paris is up. Time to head back to a reality where waiters smile, bread comes in a plastic packet, and croissants are limp, dry, and infinitely disappointing. But at least you made the most of your 48 and a bit hours, right?

Already planning your return to the City of Lights? Check out other articles from the All Things Paris Blog:

What to do in Paris on a Sunday