The center of Paris is always a good idea, there’s always something to do, considering it is welcoming towards international guests’ restaurants and pubs are open until late, and you’ll find most of the oldest architectural structures and museums in France. Though all this is true, it is imperative to know that there are other charming places to visit not too far from Paris, outside of the city center. Yes, we know you must be thinking that it must be a complicated route, but it really isn’t. Transportation is quite effective (when there isn’t a strike happening), and it is definitely worth the trip, although it may be lengthy.

Walk through the halls and gardens of this non-realistic palace where Queen Marie Antoinette once inhabited. This place had to be in the top of our list considering two factors: it is the closest thing you’ll get to royalty bliss and it is only a couple of stops away from the city of Paris. The whole residence is so big, you will need an entire day to explore the lavishing property. The extravagant gardens are unimaginable and not to mention the inside of the castle itself. Composed of gleaming décor from top to bottom and artistic design that resembles that of the Sistine Chapel ceiling, Château de Versailles is the third most visited site in all of Paris. Many visitors go for the sake of being in one of Paris’ most beloved gem, but also to attend their music concerts and theatrical plays inside the Opéra Royal performance hall. Sitting through a spectacular show while being surrounded by years of history is but a dream. When visiting Château de Versailles make sure to take a look at when they will be hosting the next show.

Distance from Paris: 1 hour and 7 minutes 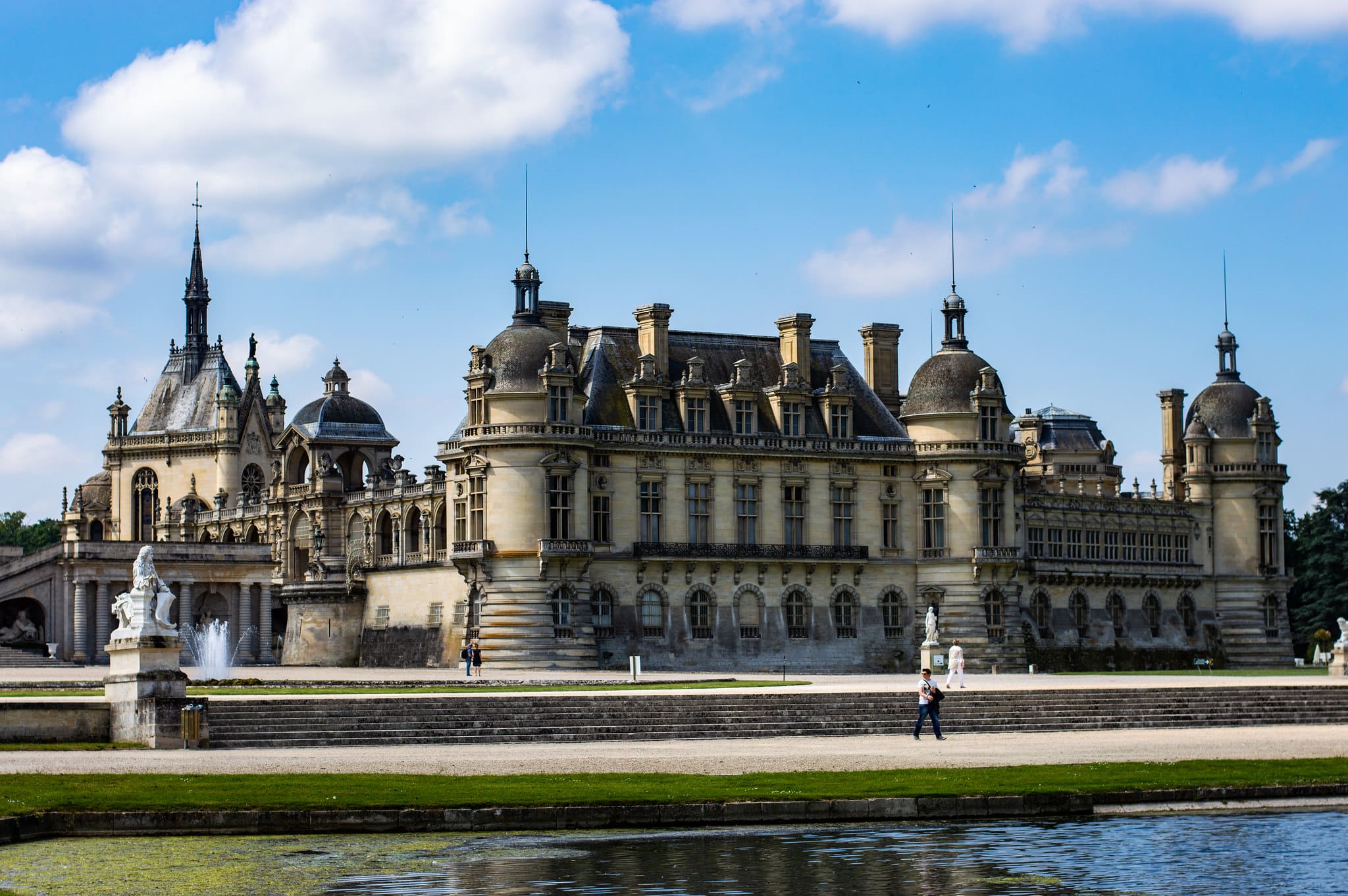 Considered a magical place, something similar to what you would see in the movies, Château de Chantilly. Fun fact that most people don’t know is that in the city lays the second largest museum, next to the Louvre museum, to acquire an abundant number of antique painting and artwork. Musée Condé houses a total of 1000 paintings, 2,500 engravings, and 2,500 drawings! Astonishing isn’t it? If you can’t visit Notre Dame in Paris due to its reconstruction, you can always visit Notre Dame of Chantilly, Chantilly’s first ever built chapel. It matters not what you do because everything in the city will surprise you, it also takes an entire day or maybe even a whole weekend to sightsee everything there is to see in this wonderful place. On the other hand, did you know the idea of adding sugar in Chantilly, known in the United States as whip cream actually originated in this city?

What was once the home of 34 kings throughout nine centuries is now has fantastic scenery for family-friendly picnics and learning about the history of what once used to exist. Some even compare Fontainbleau with visiting Château de Versailles. The castle in Fontainebleau isn’t the only thing to see, it’s just the oldest landmark in the city. There exists a grand forest you can explore with many unusual paths which makes great for spotting some wildlife or nature pictures. You can even book a guide to direct you towards interesting trails and explain the history behind the forest. If you’re a foodie, there are exceptional dishes in the city and many places to shop.

Distance from Paris: 1 hour and 25 minutes

Were you aware of the fact that there is a medieval city near Paris? This city is known to celebrate the best medieval festival in all of France which happens in June every year. If you’re around for this date, you need to take a look at the festival for yourself. I t is said to attract visitors from all over the world every year including jugglers, acrobats, and craftsmen. There are also interesting medieval games and wooden swords to pretend that you are a knight. Throughout the rest of the year, there is still a lot to see. The architecture, for example, is alluring. Buildings go as far back as the 11th century! The city is small, not too small, but still small enough to spend a whole day there and discovering wonderful places that differentiate it from Paris. Don’t forget to visit Tour Cesar when visiting Provins, it’s a historical symbol towards freedom and protection for individuals living in the city. Built-in the 12th century, the wall was made to protect the goods in the town from thieves or a bombardment.

Distance from Paris: 1 hour and 28 minutes 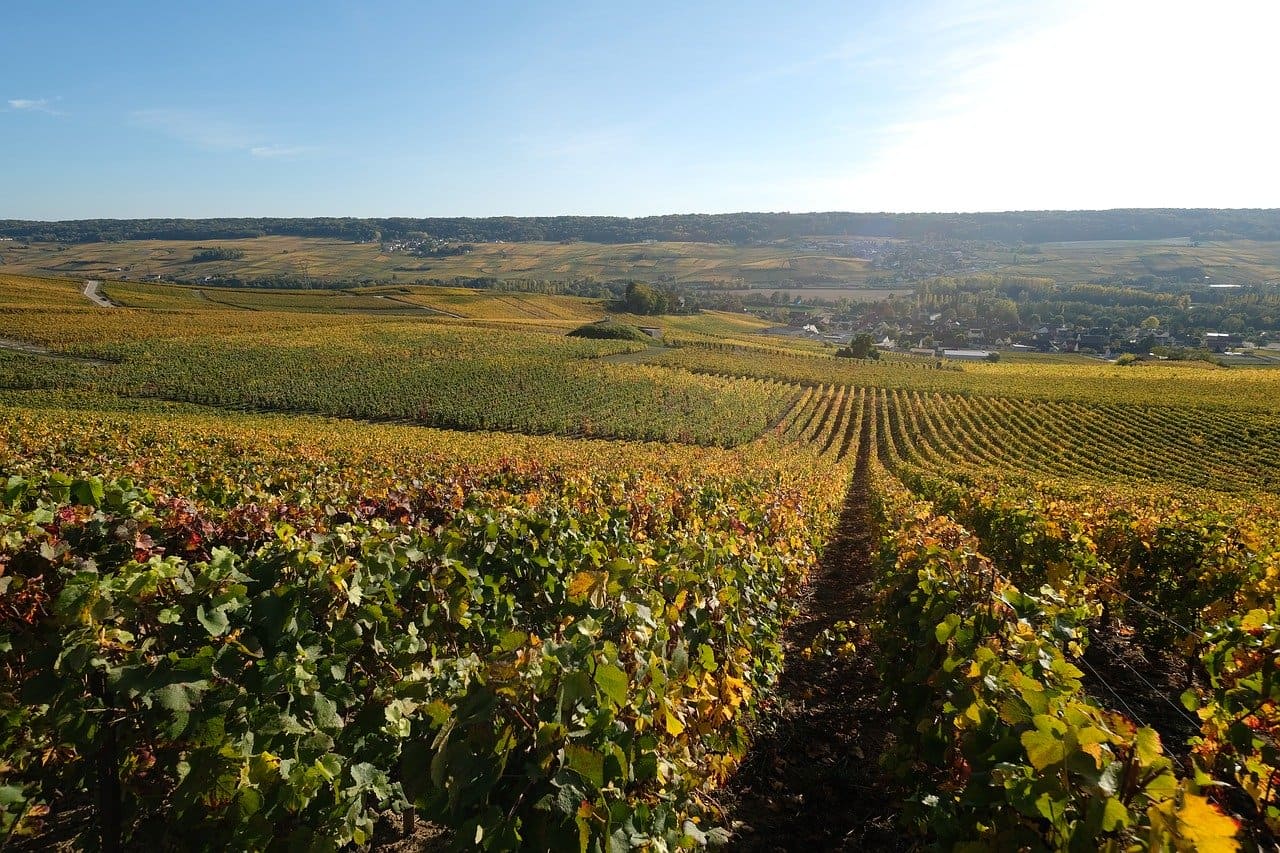 Do you like a good bubbly drink? The go on ahead and visit the city of Champagne, Reims. In the city, they have champagne tours where you can taste different local made champagne. Fun fact, did you know champagne originated from this very city? Hence the name. There are many champagne houses, it’s up to you which one you want to visit first. If you’re heading to Champagne, we recommend going for at least two days. Top 6 places to visit in Reims include Palais du Tau, Cathedral Notre Dame, Saint Remi Museums, Porte de Mars, Street art in the ZI Port Zec in La Huselle, and finally café du Palais a cage that opened in the 1930s.

Distance from Paris: 2 hours and 17 minutes 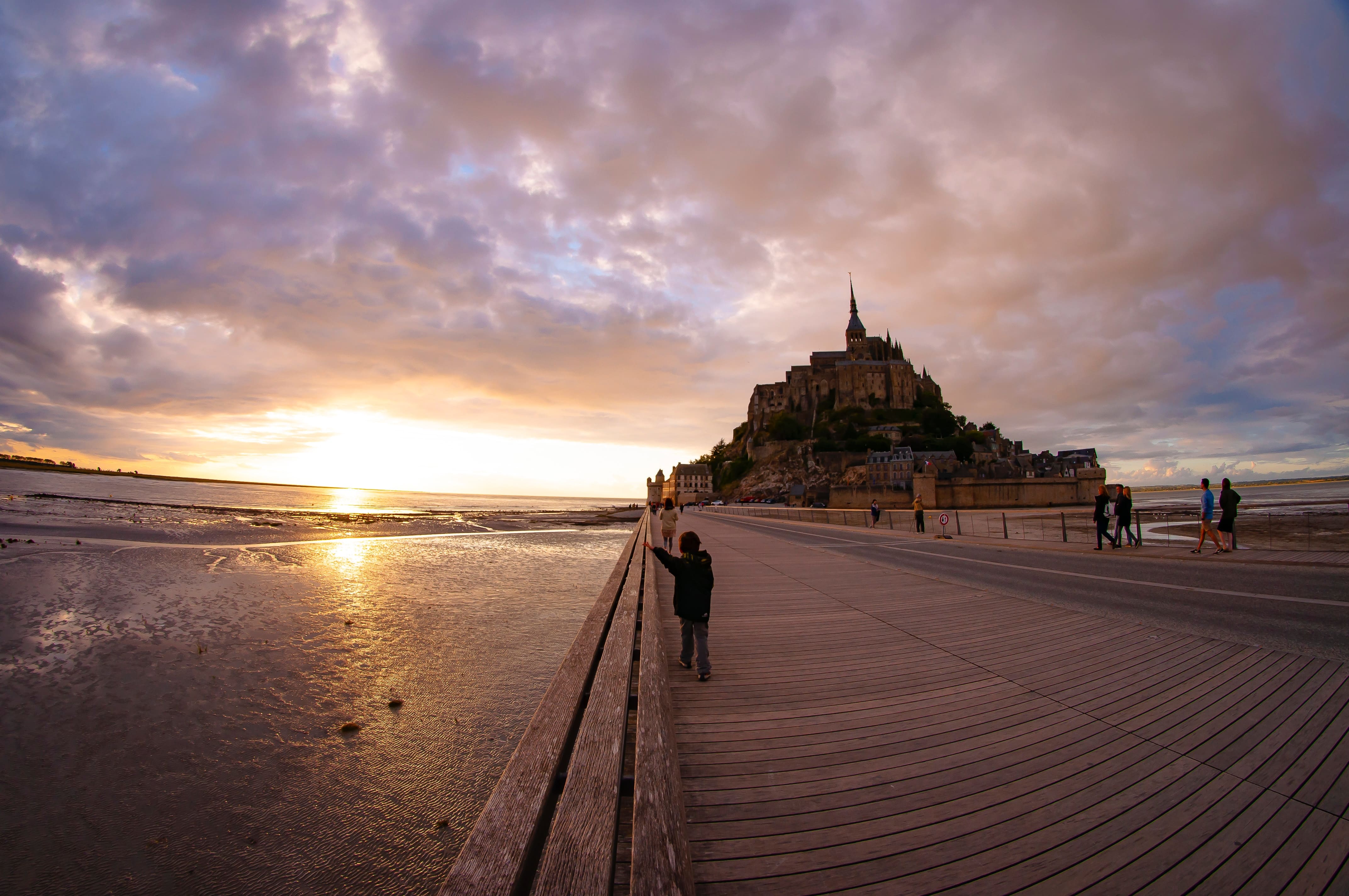 There’s so much to do in Normandy, so many beautiful sights that a weekend getaway might not be enough, but if it’s all you have, we know you’re going to want to come back. With its beaches, its history, and a castle on top of a rocky island that resembles a castle straight out of a fairytale. This city might be a bit further than other cities outside of Paris, but you’ll feel no regrets once you get there. The first thing on your list should be to visit Mont-Saint-Michel, an island situated in Normandy where you will find a breathtaking structure that was once an abbey and now a landmark that can be seen from far and attracts the eye of 3 million people annually. Definitely, a cannot miss this place. Normandy, Omaha is also home to the D-Day Landing beaches, an American cemetery to remember the deadly battle that occurred in 1944. If you want a panoramic view of a beautiful landscape, then head over to Étretat. A beach like no other, you’ll feel like you’re on top of the world.

You’ll notice that in Lille you’ll find nice people and friendly faces in every corner, the city’s architecture differs a lot from that of Paris. Most of its cobblestone streets and homes have been reconstructed to resemble the old Lille, which is packed with many years of history dating back to the 17th century. Museums such as Musée d’Art Moderne (modern art museum), Musée Louvre- Lens (former coal mining site), and Palais Beaux-Arts (Museum of fine arts) will leave you dumbfounded. You can find many locals gathering in Place du Général de Gaulle which is the epicenter of Lille and where you will also spot La Grande Place, it would be a good idea to stroll around the area and admire the Flemish architecture and eat in one out of many restaurants conveniently located in the center. If you have time, you may also want to pass by the birthplace of Charles de Gaulle.

Distance from Paris: 1 hour and 10 minutes